AncientPages.com - One of ancient manuscripts recently discovered by researchers at Göttingen University is yet unexplored.

Written on parchments, the document dates back to medieval times and features texts by Euripides (c. 480 - 406 BC), a 5th-century BC Greek tragic poet and Aristotle (384 BCE - 322 BCE), a Greek philosopher, as well as a previously unknown ancient commentary on Aristotle.

Researchers consider the manuscript a valuable work. The ancient writings - located at the library of the Greek Orthodox Patriarchate in Jerusalem and at the National Library of France in Paris - were repeatedly washed off and overwritten in medieval times.

The manuscript in Jerusalem originates from the famous Library of the Holy Sepulchre at Jerusalem.

Using very sophisticated multispectral imaging methods, scientists have been able to decipher up to three text layers in the manuscripts, which were superimposed on each other.

The manuscript in Jerusalem originates from the famous Library of the Holy Sepulchre at Jerusalem.

The uppermost text layer from the thirteenth century comprises the Prophetic Books of the Greek Old Testament, underlaid by older texts from various medieval manuscripts that contain works of Euripides and Aristotle, alongside theological tractates. 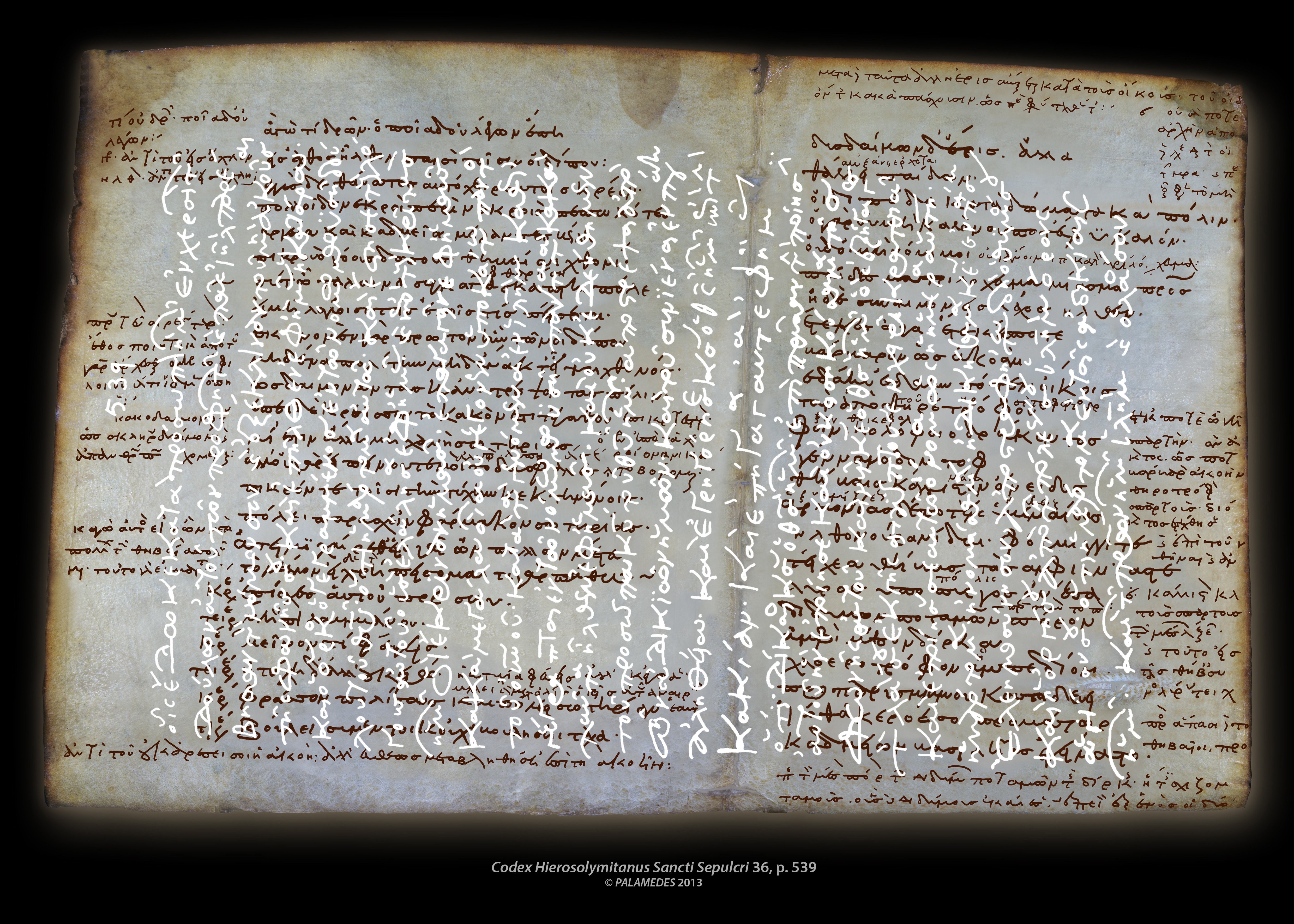 "The manuscript in Jerusalem is one of the most significant witnesses to Euripides' work", explains the head of the research project, Felix Albrecht from Göttingen University's Faculty of Theology.

The manuscript contains the text of Euripides, surrounded by ancient annotations.

Euripides was born in Salamis in 480 BC. Along with Aeschylus and Sophocles he was one of the three leading ancient writers of tragic plays. Very little is known about his personal life; it is belived that he came from a wealthy family and was politically active. Euripides left Athens in 408 BC and took up residence in Macedonia under the sponsorship of its king; he died shortly thereafter

The manuscript contains drawings of highest quality, which, due to their age, constitute important evidence for the textual tradition of philosophical commentaries.

In Paris preserves the remnants of an ancient philosophical manuscript from the late fifth century, the commentary of an unknown author on Aristotle's work. It