AncientPages.com - The oldest aqueduct in Rome has been discovered during constructions works in the center of the city. The aqueduct dates back to the 3rd century BC and its unearthed section is of 32 meters long.

Additionally, archaeologists also found Iron Age tomb with grave goods at a depth of 18 meters below the current ground level.

“The ruins emerged during work on a ventilation shaft about 32 meters wide and involving an area of about 800 square meters for line C of the metro, which started over two years ago,” said Simona Morretta, the heritage department’s head archaeologist for the area. 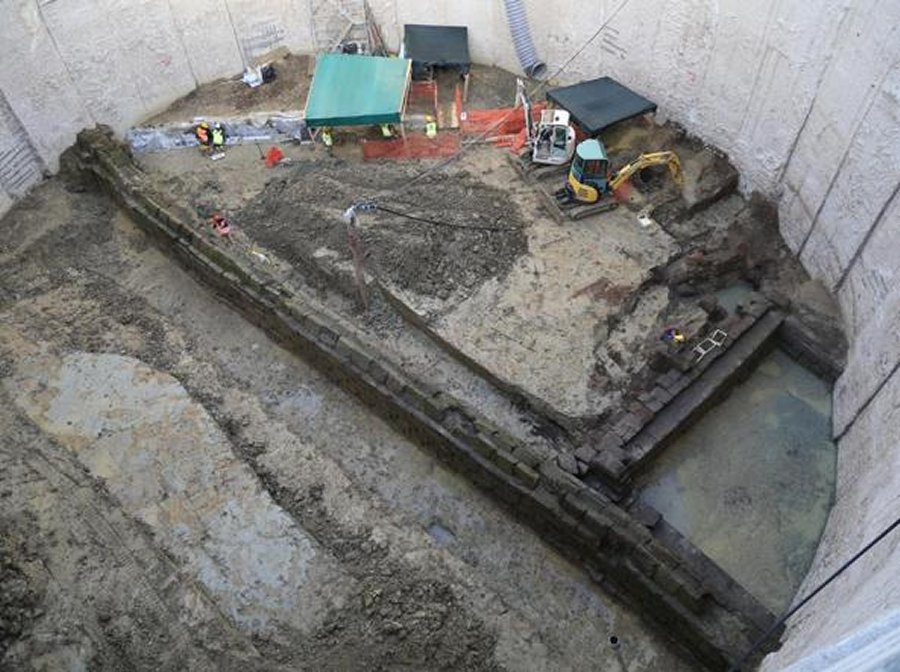 “It is only thanks to the concrete bulkheads built for work on the metro,” explained Morretta, “that we could get down to that level, studying for the first time the entire stratigraphy of Rome – starting from the existing houses and descending to an Iron Age tomb with grave goods, including two bowls, from the late 10th-early 9th century BC”.

The discovery also includes a 3,000-year-old tomb, then, but of much greater interest is the aqueduct: “There emerged at a depth of 17.40 meters a stretch of aqueduct as long as the entire diameter of the ventilation shaft – 32 meters – and about two meters high, built in blocks of grey ‘cappellaccio’ tuff.

It surely continues both east and west, beyond the bulkheads.” A ten-meter section of aqueduct has now been dismantled block by block, catalogued, and “piled up” back on the surface.

Researchers believe it will be reassembled in the future. This discovery of the oldest aqueduct of Rome is very important but it is also crucial to find out how the aqueduct developed, i.e. where it started and ended. The authority to turn to in this case, as always, is Frontinus, author of a famous treatise on Rome’s aqueducts, written in 102 AD. Frontinus describes them all, and also tells us that some aqueducts passed through the Celio district.

However, nothing had ever been found.

Researchers believe this aqueduct must have been built shortly before the middle of the 3rd century, in the mid-Republican Age, i.e. about 2,300 years ago. The question is: which aqueduct does the find belong to?

The Anio Vetus – whose name came from the Anio valley, the source of its waters – dates back to 272 BC. The period matches, yet even though this coincidence would seem to suggest a link, Frontinus says the Anio Vetus did not pass through Celio. It is thus more likely to be part of the Aqua Appia, the first aqueduct built in Rome.

It is, however, known that the Aqua Appia was extremely deep, as is the section unearthed”.