AncientPages.com - We cannot rely on one theory, which suggests that modern humans evolved in Africa and then dispersed across Asia and reached Australia in a single wave about 60,000 years ago.

Researchers from the Max Planck Institute for the Science of Human History and the University of Hawai’i at Manoa report that Homo sapiens reached distant parts of the Asian continent, as well as Near Oceania, much earlier than previously thought. 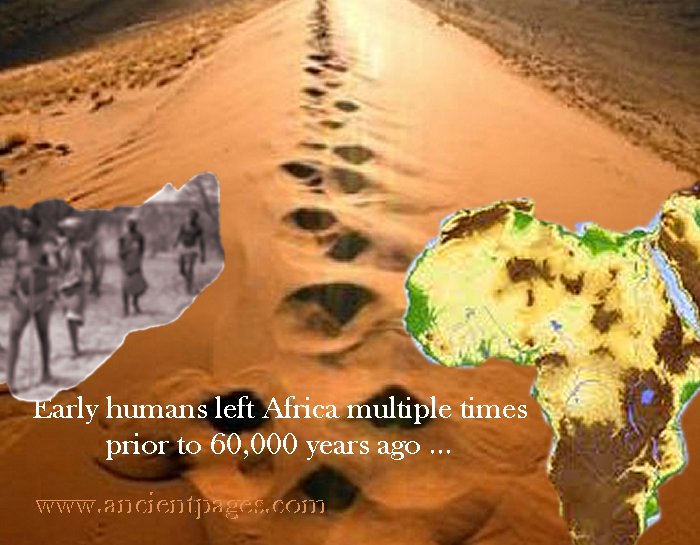 Recent discoveries show that humans left Africa multiple times prior to 60,000 years ago, and that they interbred with other hominins in many locations across Eurasia.

Careful and detailed DNA analyses and fossil identifications are conducted by researchers who focus on understanding of when and how humans left Africa – and who they met along the way.

Recent studies have identified modern human fossils in far reaches of Asia that are potentially much older.

H. sapiens remains have been found at multiple sites in southern and central China that have been dated to between 70,000 and 120,000 years ago. Additional finds indicate that modern humans reached Southeast Asia and Australia prior to 60,000 years ago. 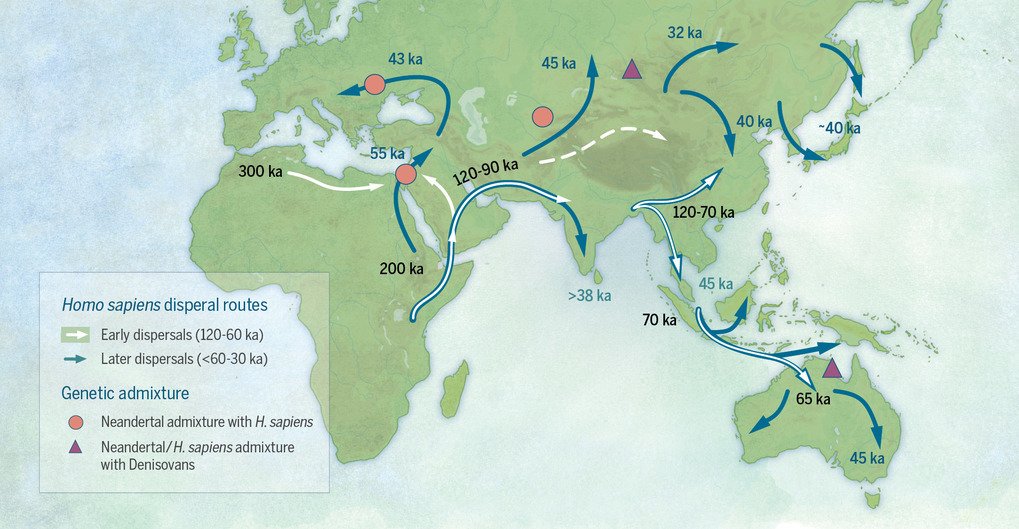 “The initial dispersals out of Africa prior to 60,000 years ago were likely by small groups of foragers, and at least some of these early dispersals left low-level genetic traces in modern human populations,” Michael Petraglia of the Max Planck Institute for the Science of Human History, Germany, said in a press release.

“A later, major ‘Out of Africa’ event most likely occurred around 60,000 years ago or thereafter.”

There is also evidence that modern humans interbred with hominins such as Neanderthals and Denisovan as well as a currently unidentified population of pre-modern hominins.

One estimate is that all present-day non-Africans have 1-4% Neanderthal heritage, while another group has estimated that modern Melanesians have an average of 5% Denisovan heritage.

It is now clear that modern humans, Neanderthals, Denisovans and perhaps other hominin groups likely overlapped in time and space in Asia, and they certainly had many instances of interaction, according to researchers.

However, there are still many questions left open and answers will probably come from research that will be conducted in different regions of Asia. None has been done to date.

Max Planck Institute for the Science of Human History