AncientPages.com - 3,000-year-old graves have been unearthed in central Norway by archaeologists from the Norwegian University of Science and Technology Museum. Archaeologists consider them some of the oldest burial sites ever found in the region. 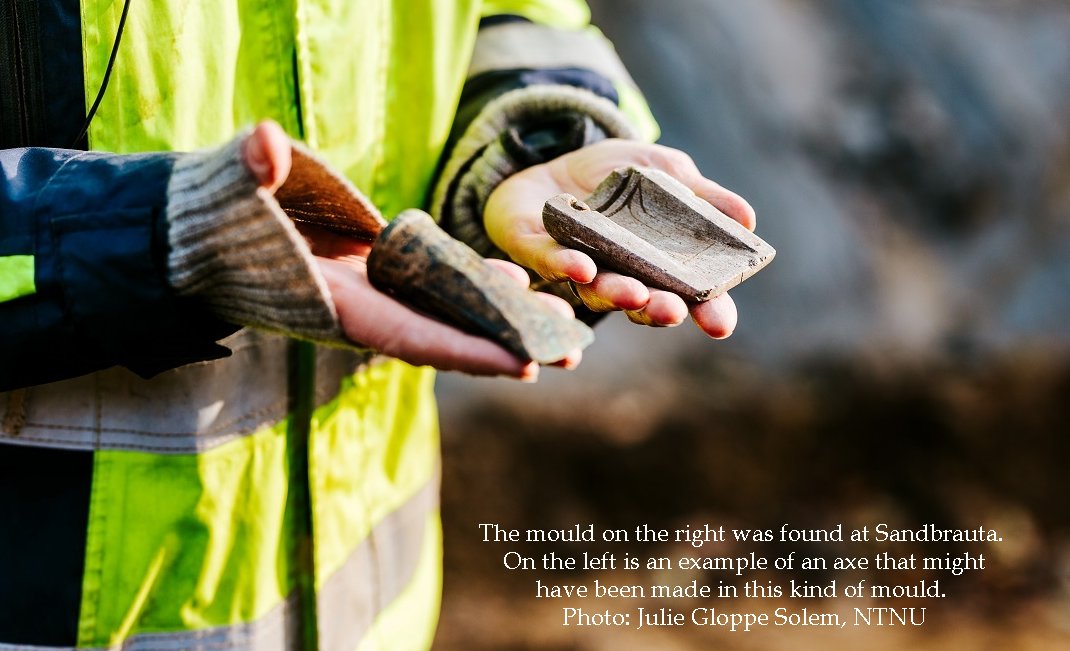 The graves were found located under two meters of slide deposits in Sandbrauta in South Trondelag, in the vicinity of the European route E6 construction area, in mid-Norway.

Project manager Merete Moe Henriksen said that there is a trace of a clay landslide that happened in the area probably already in prehistoric times. The clay has landed as a lid over the tombs.

Bronze Age graves are rare in Norway but these cairn graves are well-preserved under the clay which are nine meters in diameter, as well as several smaller stone-built chambers.

Three smaller stone chambers typical of the period lie to the side of a larger stone ring. The stone ring is part of a burial mound that contains numerous graves. 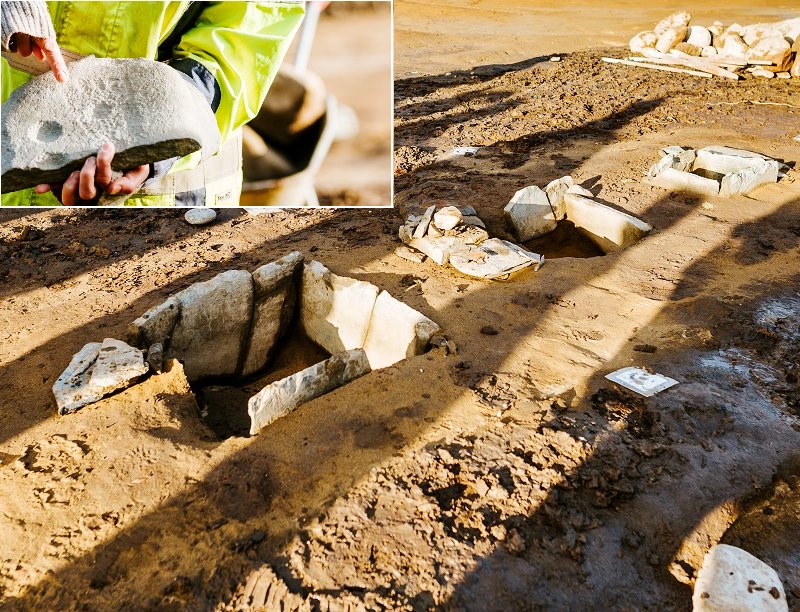 Close to the big burial mound, the museum found part of a rock slab with indented figures, shaped like bowl depressions and a foot. These are motifs that have been found on other rock carvings from this time, but the foot figure is distinct because, unlike most others, it is portrayed with toes rather than as a foot with a shoe on.

The archaeologists believe that the slab may have been part of a burial chamber in the mound.

Up to two meters of clay from a landslide covered the area. This mass of earth provides traces of a mudslide that may have taken place already in prehistoric times, perhaps just after people were laid in the graves.

Several figures have been found close to the cairns as well. The scientists have also found a casting mold that had been used to cast bronze axes.

The excavations will continue in the area during autumn and next year.