Conny Waters - AncientPages.com - Two kilns from the Early Chalcolithic (Aeneolithic, Copper Age) period (ca. 4,800 – 4,600 BC) have been unearthed at the Bazovets Settlement Mound in Northeast Bulgaria. 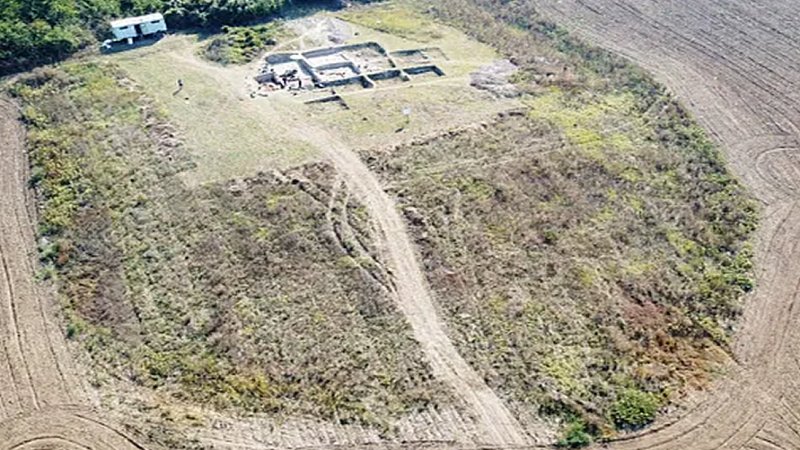 An aerial view of the Bazovets Settlement Mound, a 7,000-year-old prehistoric settlement in Northeast Bulgaria close to the Danube River. Photo: Ruse Regional Museum of History

The kilns are believed to be part of a prehistoric pottery-making center. One of the two nearly 7,000-year-old prehistoric kilns, or furnaces, was first partly excavated in the 2019 archaeological season.

The Bazovets Settlement Mound harbors the remains of a prehistoric settlement and is located near the town of Bazovets, Dve Mogili Municipality, Ruse District, close to the Danube River in today’s Northeast Bulgaria.

However, in the latest excavations at the Bazovets Settlement Mound, it was fully exposed and a second kiln from the same Chalcolithic facility has been found, the Ruse Regional Museum of History has announced. 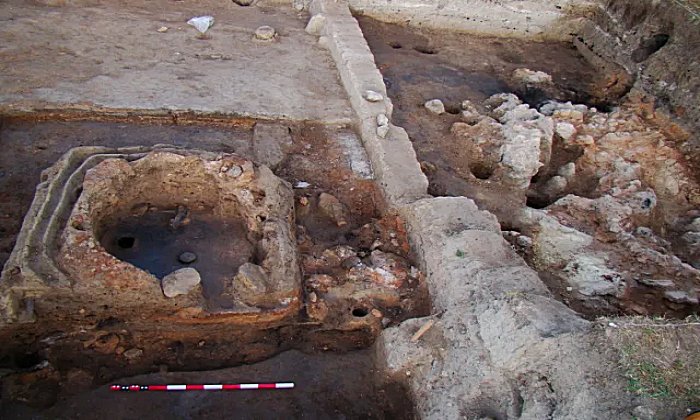 The two prehistoric pottery-making kilns found at the Bazovets Settlement Mound are from an archaeological layer from 4,800 – 4,600 BC. Photo: Ruse Regional Museum of History

A total of 57 archaeological artifacts from the said Early Chalcolithic period (4,800 – 4,600 BC) have been found during the latest excavations at the Bazovets Settlement Mound.

These include artifacts made of flint, animal bones, horns, and ceramics – including fragments from anthropomorphic and zoomorphic figurines. As a result of the research of the Early Copper Age archaeological layer on the site, the archaeologists discovered that the easternmost periphery of the prehistoric settlement was used for manufacturing.

The Early Chalcolithic kiln was 1.2 meters long, and 1 meter wide, and it was made of wood wattle plastered with a thick layer of clay from the inside and outside. 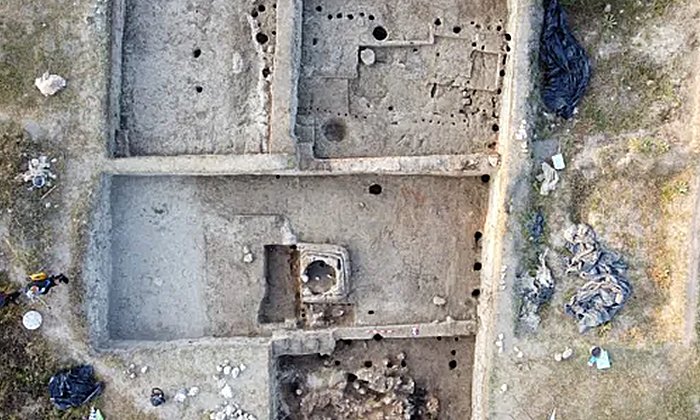 An aerial view of the nearly 7,000-year-old Early Copper Age structures exposed during the 2020 excavations of the Bazovets Settlement Mound. Photo: Ruse Regional Museum of History

The opening of the kiln was on its southeastern side, and it was closed with three flat stones which have been discovered right next to it.

The kiln had a groove that would allow for the regulating of the heating temperature, a type of furnace for the baking of clay that would also be used in later archaeological eras.

Above the two kilns, the archaeologists have discovered the ruins of a rectangular building with a north-south orientation. Right next to its entrance, there was a small room seemingly used for food storage where the researchers have unearthed traces from food residues such as animal bones and lots of shells from freshwater mollusks, according to Archaeology in Bulgaria.

The archaeologists have also started excavations of a prehistoric building - built of wood and clay and destroyed by a large fire - that was even older than the nearly 7,000-year-old kilns.

In its southern part, the archaeologists have found several intact pottery vessels and bases as well as a horn tool which was placed on a podium, and further excavations of the Bazovets Settlement Mound will focus on the prehistoric building.

In the Neolithic and Chalcolithic, the territory of today’s Bulgaria and much of the rest of the Balkans, for instance, today’s Romania and Serbia, saw the rise of Europe’s first prehistoric civilization of the Lower Danube Valley and Western coast of the Black Sea.

Referred to by some scholars as “Old Europe", this civilization had the world’s oldest gold, Europe’s oldest town, and some of the earliest forms of pre-alphabetic writing. It predates the famous civilizations of Minoan Crete, Mycenaean Greece, Ancient Egypt, and Ancient Mesopotamia by thousands of years.