Ellen Lloyd - AncientPages.com - The horned serpent is a very interesting creature, not only because we know relatively little about it, but because it appears in ancient stories in several parts of the world.

Known under different names, the horned serpent has been encountered in North America, Egypt, Mesopotamia, and Europe. Who or what was this creature really and why was it of such importance to our ancestors? Is the horned serpent somehow related to the mysterious Serpent People? 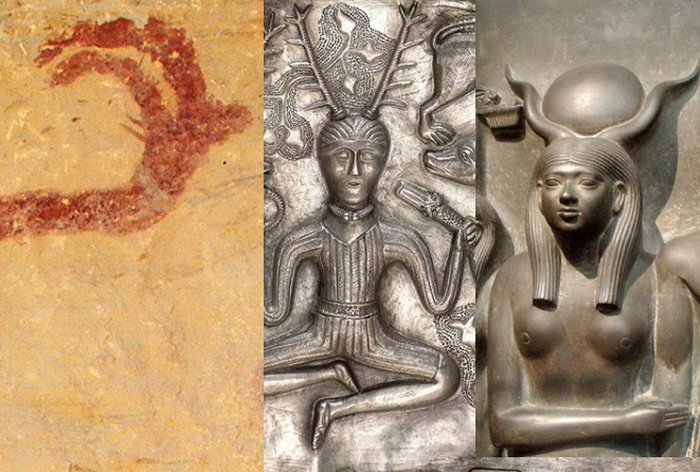 Native American Legends And Rock Carvings Of The Horned Serpent

Among Native Americans, the horned serpent was regarded either as a dangerous water creature or spirit of rain and fertility who controlled earthquakes and floods. It was known to many different tribes in various parts of America, but the memory of the animals has been kept alive through oral traditions especially in the Southeastern Woodlands and Great Lakes. 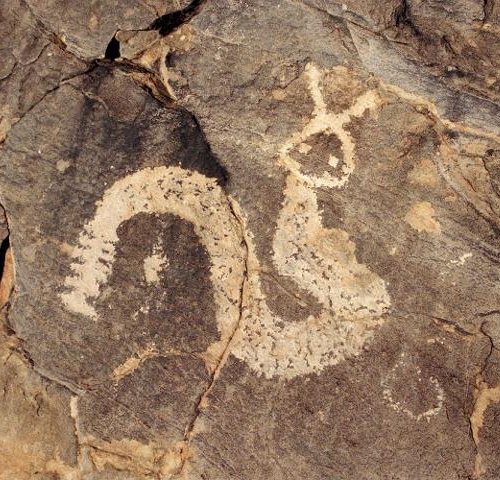 Legends of the horned serpent differ, but in most cases, the animal is described as a huge, scaly, dragon-like serpent with horns and long teeth. Were all these stories based on a real, now extinct animal?

It is possible since Native Americans have always had a special relationship with Nature, but there are also scholars who suggest the horned serpent was simply a mythological spirit.

Rock carvings of the horned serpent have been found in New Mexico, Alabama, Mississippi, and other places.

Ancient Symbol Of Horns Was Universal

Horns represent the primal power of nature, express the unstoppable power and majesty and throughout human history, horns have been synonymous with this strength.

Several ancient gods, people, and animals were depicted with horns. Moses has been portrayed with horns and so has Alexander the Great.

Gods And Animals With Horns In Europe

In Europe, we encounter several mythological beings who were believed to have had horns.

Cernunnos, a god in Celtic mythology that possessed two deer antlers on the top of his head. The antlered god Cernunnos, whose cult is most widely attested, is usually represented with the horns of a ram or a deer, squatting on the ground, and his posture indeed recalls that of the Buddha. with a humanoid body in Celtic myth. 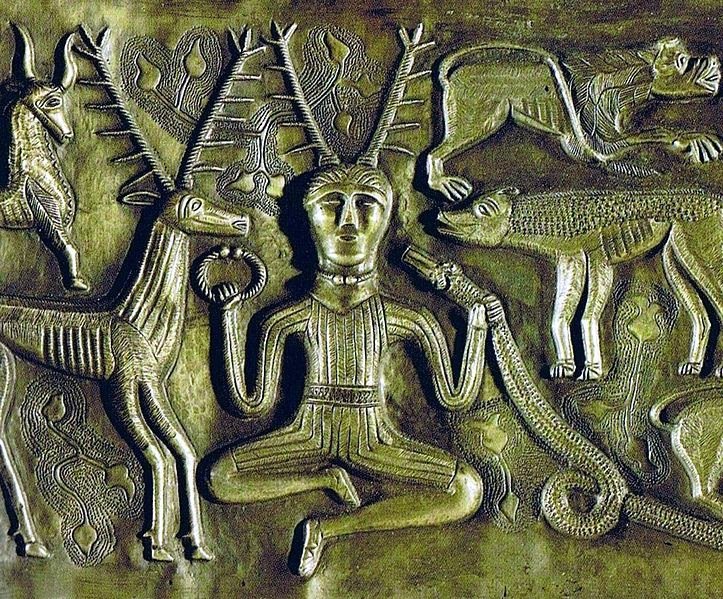 There is no one particular myth concerning him, for only his image remains. The ‘cer’ part of his name, relating to his antlers, means ‘horned’. He is found mainly in sculpted statues and reliefs from ancient Gaul (modern France), but the clearest image is found on the silver votive cauldron, the Gundestrup Cauldron, which is described in one of our articles.

There are also myths and legends about Herne the Hunter, a mysterious, mythical creature who was said to reside in Windsor Forest and Great Park in the English county of Berkshire.

William Shakespeare described him as “a spirit” and “sometime a keeper … in Windsor forest” who is seen to “walk round about an oak, with great ragg’d horns” at midnight during wintertime.

Horned Serpent In Mesopotamia And Egypt

Ningishzida, a Mesopotamian deity of vegetation and the underworld, as well as the most likely son of goddess Ereshkigal, is sometimes depicted as a serpent with horns.

Egyptian goddess Hathor is also commonly depicted as a cow goddess with head horns in which is set a sun disk with Uraeus.

These representations may not have any connections to the horned serpent Native Americans were familiar with, but it’s nevertheless interesting to note that various beings were associated with horns in many parts of the world. 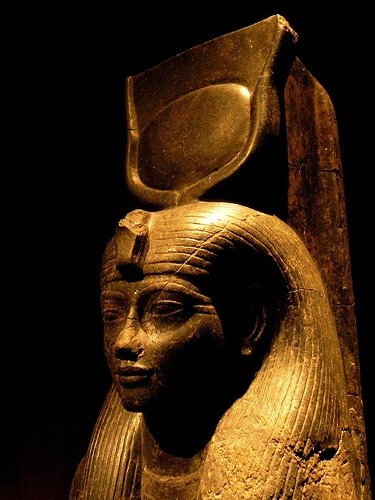 We should also not forget that the mysterious Serpent People were known to all ancient civilizations. Present in various parts of the globe – as the “Nagas” (“snakes”) in India, Amaru of South America, the Quetzalcoatls (“Plumed Serpents”) in Mexico, the Djedhi (“snakes”) in Egypt, the Lung (“dragons”) in China or perhaps the Adders (“snakes”) in Britain – the Serpents of Wisdom were welcomed by the indigenous people and worshipped as “Serpent prophets”.