A. Sutherland - AncientPages.com - An ancient bronze matrix, over 2.000 years of age, has just become the most valuable archaeological piece, presented at the Dacian and Roman Civilization Museum of Deva.

The matrix was discovered in 2013 and has been subjected to research by specialists. 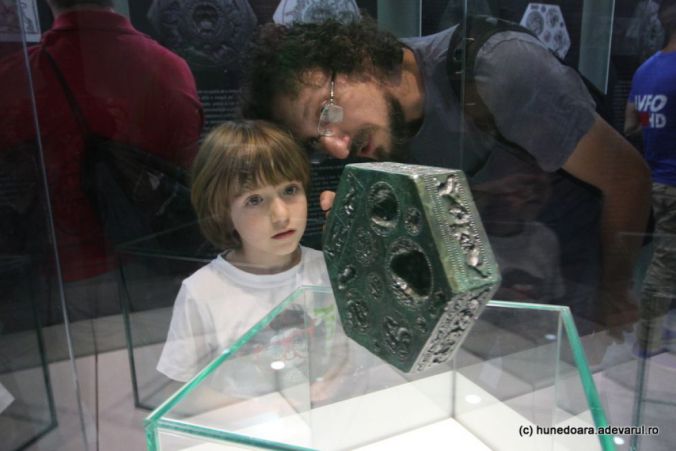 The outstanding and priceless artifact was unearthed after a storm, at the roots of a tree that had collapsed within the Sarmizegetusa Regia Archaeological Site, Romania. The matrix is the only one of its kind in Europe and it is extremely complex.

Trunks uprooted by storms revealed a real treasure: the mold with which the Dacians made their gold jewelry.

The origin of the matrix comes from a Dacian jeweler workshop and it’s the center of the most important exhibit scheduled for this year. 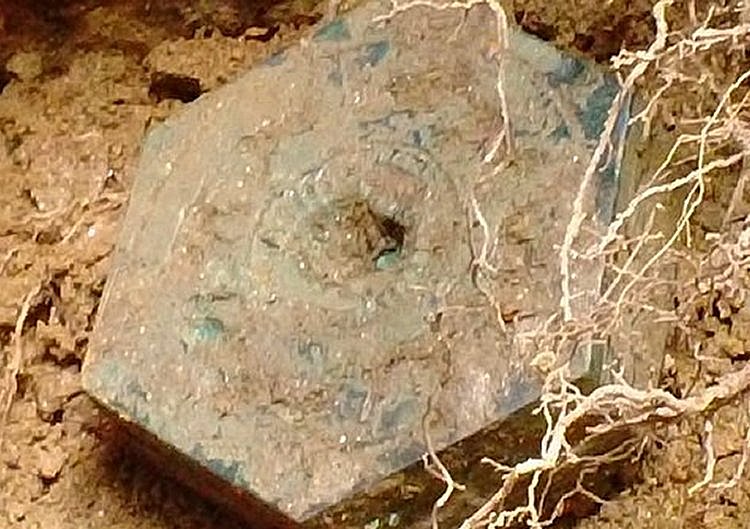 The 2,000-year-old mold with which the Dacians made their gold jewelry.

“Its importance and value are so great, we have decided the matrix should be displayed alone, in a single, well guarded secured room. Its display has been made in such a way that the visitors can have a more special interaction with the images depicted on the matrix. The showcase and the lights make possible a much detailed view of all its facets.” – said Liliana Tolas, manager of Dacian and Roman Civilization Museum of Deva.

According to archaeologists, the matrix was used to create decorative pieces from precious metals. The hexagonal shape is encrusted with sculptures representing mythological creatures from the Mediterranean region. 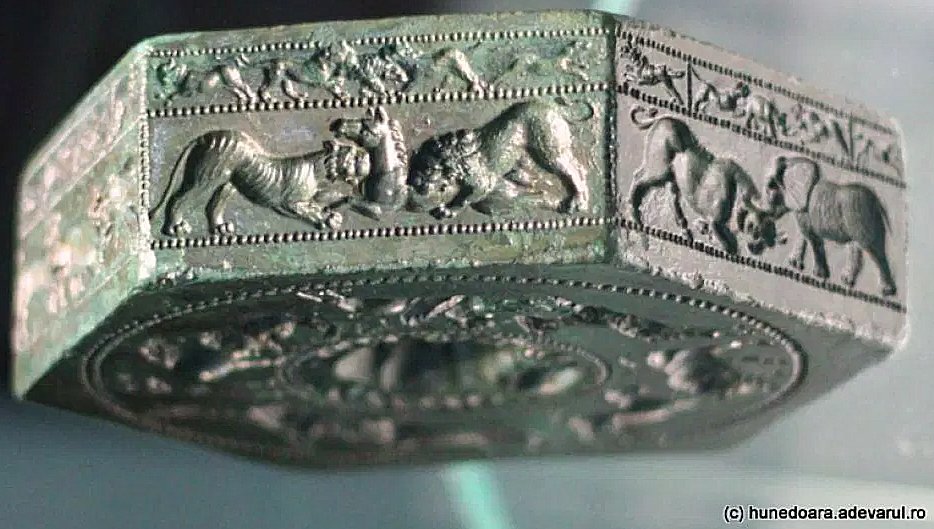 According to archaeologists, it is a bronze mold weighing over eight kilograms, used in ancient times to the realization patterns for decorative pieces of precious metal casting, the only piece of its kind discovered so far throughout the former Dacia. Credit: Dacian and Roman Civilization Museum of Deva.

“There is a whole series of real and fabulous animals in this matrix, and the very fact it functioned within Sarmizegetusa Regia, in the midst of the Roman conquest, tells us that the Dacian mediums resonated with this art that illustrates mythological creatures such as griffins and other animals. 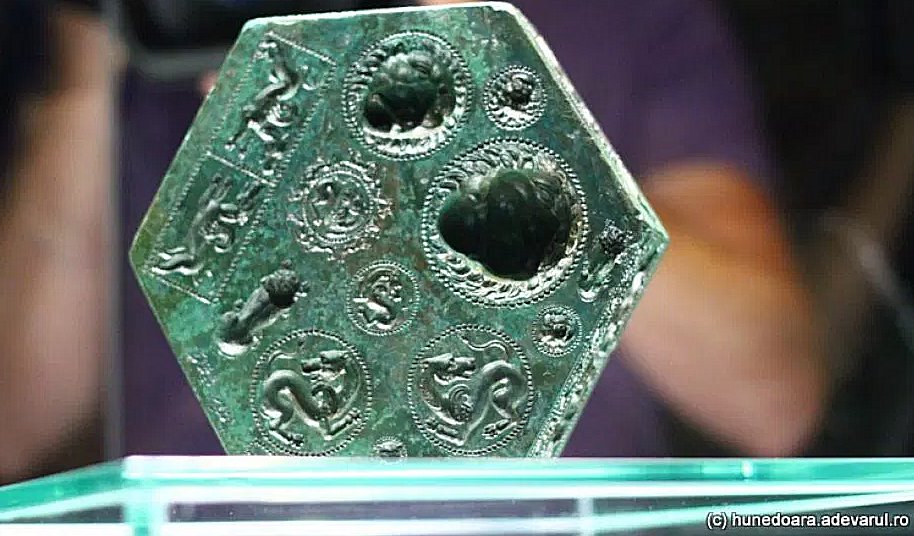 The object found shows the extraordinary artistic quality of the craftsman who made their products. Credits: Dacian and Roman Civilization Museum of Deva.

“This tells us that the Dacian aristocracy resonated with everything that makes this fabulous universe, no matter the provenience. The art which the matrix illustrates speaks an international language with links within the Mediterranean and northern Pontic region.
“It is important that it was discovered and that it functioned within Sarmizegetusa,” said the historian Gelu Florea.

Sarmizegetusa And Its Andesite Sun Artifact

The matrix weighs approximately 8 kg, with 8 facets, of which the two main ones are of hexagonal shape. Its thickness is 5 cm. The piece was found in good conditions of conservation. 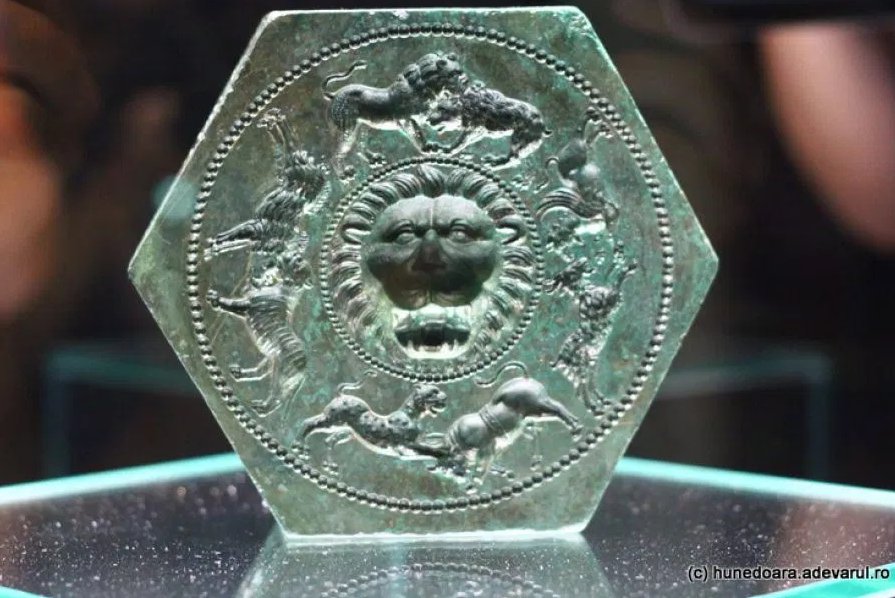 Sarmisegetusa the eve of the conquest by the Romans was a cosmopolitan environment in which elites Kingdom Dacian were able to purchase products and services of high quality, “said Dr. Gelu Florea last year., who coordinated the research tracking the history of the region. Credits: Dacian and Roman Civilization Museum of Deva.

Historians said that such a piece was quite costly. Its bestiary, rich and fabulous, represented on the matrix, is rich and diverse and composed out of griffins and real animals such as the lion, the tiger, the leopard, the rhinoceros, the hippopotamus, the bear, the boar, the wolf, the bull, the tur, the antelope and the rabbit. 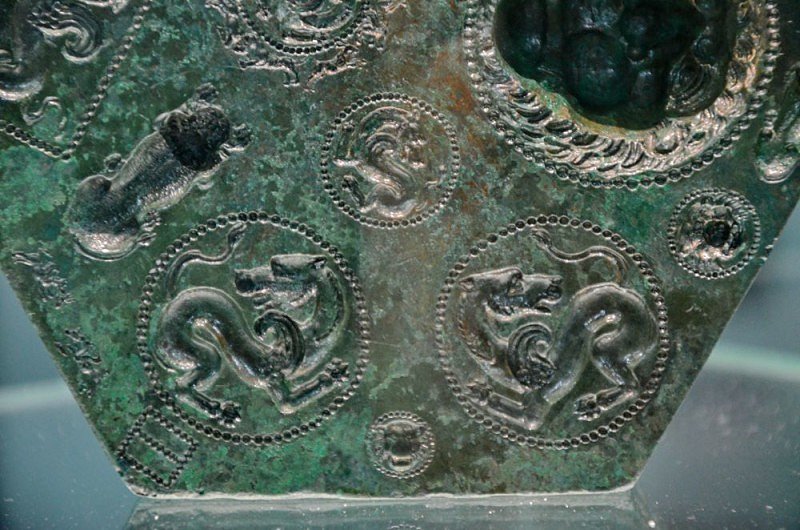 The matrix weighs approximately 8 kg, with 8 facets, of which the two main ones are of hexagonal shape. Its thickness is 5 cm. The piece was found in good conditions of conservation. Credits: Dacian and Roman Civilization Museum of Deva.

The theme of the sceneries represented on the matrix displays battles between animals and it’s very old and well spread within vast cultural spaces. 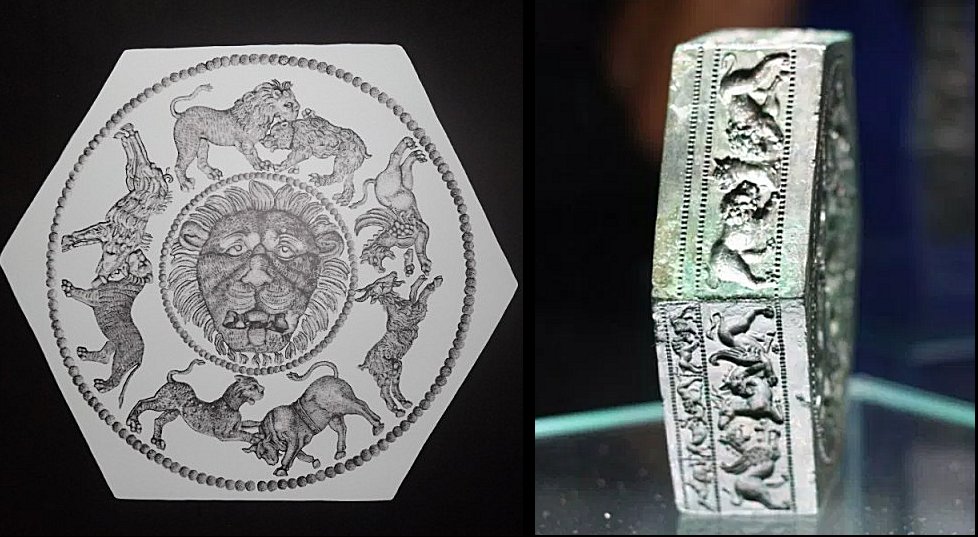 On the matrix, there are also three griffins: the vulture-griffin, the lion-griffin and the wolf-griffin. which is specific for the northern pontic region. A griffin is a legendary creature with the head and wings of an eagle; the body, tail, and back legs of a lion; and sometimes an eagle's talons as its front feet.

According to historian Gelu Florea, the matrix was created and used in the 1st century B.C. and its presence within the Dacian capital kingdom is another proof of the connection to the artistic and high technological flux of this cultural space in antiquity.