Ellen Lloyd - AncientPages.com - The modern city of Houston, Texas is named after General Sam Houston who led his troops to victory against Mexicans at the Battle of San Jacinto in 1836.

Not every revolution is as famous as the one that took place in France (1789- 1799), but to people living in Texas, the uprising at the end of 1835 dramatically changed the political situation and their living conditions. 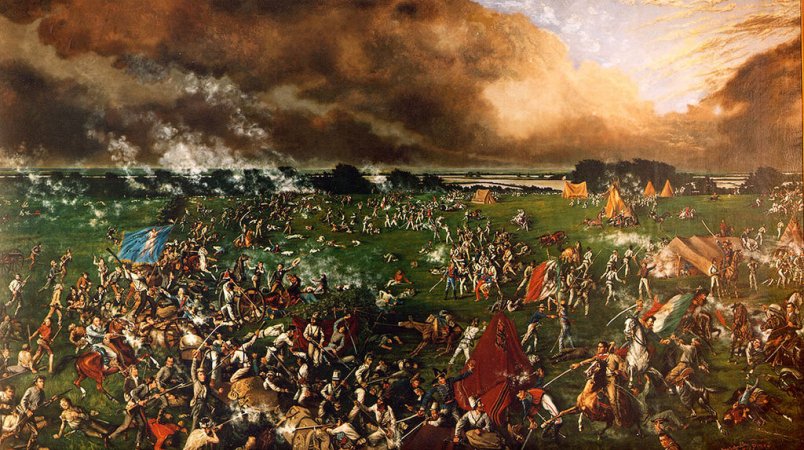 Many factors led to the revolution. The main reason behind the revolution were cultural and political disputes between Anglo-Americans who lived in Texas and the Mexican government.

When Mexico gained independence in 1821, colonists had fewer restrictions. As a result of this, thousands of settlers moved from the southern USA to Texas.

These newcomers made Texas their home and soon there were more Anglo-Americans in the area than Spaniards and Mexicans. The situation between the English and Spanish-speaking population became tense.

Mexico felt the country was losing control over Texas and responded in 1835 by introducing “Siete Leyes” – the Seven Laws.

This angered the Anglo-American population in Texas because these laws gave the Mexican President Antonio López de Santa Anna (1794 – 1876) more political power. This led to the Texas Revolution in 1835.

Using guns, people in the Mexican province of Texas forced federal troops out of the region. Shortly after this, a temporary Texas government was established. Its task was to decide whether Texas should become an independent state or remain under the control of Mexico.

President Santa Anna was furious and responded by sending the Mexican army that he led himself. The Mexican President was determined to end the revolutions and crush the colonists, but his plans failed.

When the revolutionists and the Mexican army troops confronted each other, it became clear that the Anglo-Americans had no intentions to surrender. The “Runaway Scrape”, the name Texans applied to their flight from their homes started in January 1836. When Mexicans gathered on the Rio Grande, people left the area.

In 1836, after fighting intensely for 13 days, a group of Texan volunteer soldiers was brutally killed by the Mexican Army. President Santa Anna had ordered his troops to take no prisoners and only a small number of Texans were spared.

The heroic Battle of the Alamo became a symbol of Texans’ resistance and fight for independence. 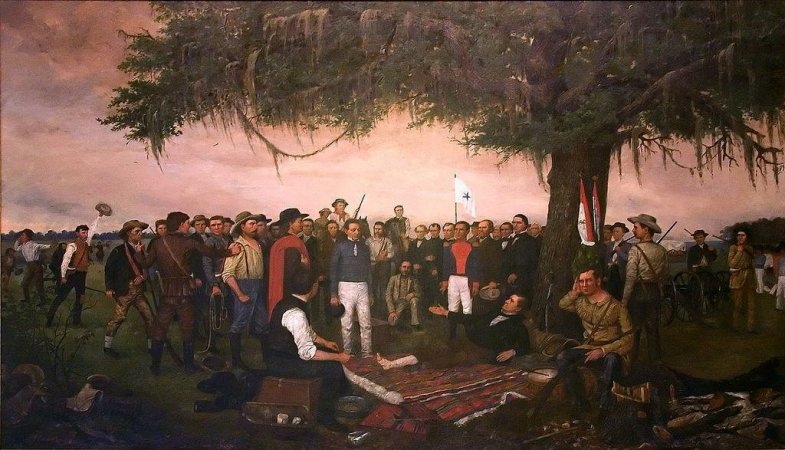 President Sam Houston (1793 -1863) led about 800 Texans against Santa Anna’s Mexican force of 1,500 men at San Jacinto. While shouting “Remember the Alamo” the Texan army attacked and defeated the Mexican forces.

President Santa Anna was captured and agreed with President Houston to end the war.

The victory at San Jacinto ensured the success of Texan independence.

Benjamin Heber Johnson - Revolution in Texas: How a Forgotten Rebellion and Its Bloody Suppression Turned Mexicans into Americans