AncientPages.com - A set of controversial, newly discovered human-like footprints from Crete are now putting theory of human evolution to the test.

The footprints are about 5.7 million years old from Trachilos in western Crete, have an unmistakably human-like form. This is especially true of the toes. The big toe is similar to our own in shape, size and position. It is also associated with a distinct 'ball' on the sole, which is never present in apes.

The footprints were accidently discovered by Gerard Gierlinski, a paleontologist at the Polish Geological Institute.

An examination of the footprints reveals they were made at a time when previous research puts our ancestors with ape-like feet in Africa.

“What makes this controversial is the age and location of the prints,' Professor Per Ahlberg at Uppsala University, last author of the study said.

Ever since the discovery of fossils of Australopithecus in South and East Africa during the middle years of the 20th century, the origin of the human lineage has been thought to lie in Africa.

Unsolved Mystery Of The Giant Footprints Outside The Ain Dara Temple

More recent fossil discoveries in the same region, including the iconic 3.7 million year old Laetoli footprints from Tanzania which show human-like feet and upright locomotion, have cemented the idea that hominins (early members of the human lineage) not only originated in Africa but remained isolated there for several million years before dispersing to Europe and Asia.

The discovery of approximately 5.7 million year old human-like footprints from Crete, published online this week by an international team of researchers, overthrows this simple picture and suggests a more complex reality.

During the time when the Trachilos footprints were made, a period known as the late Miocene, the Sahara Desert did not exist. 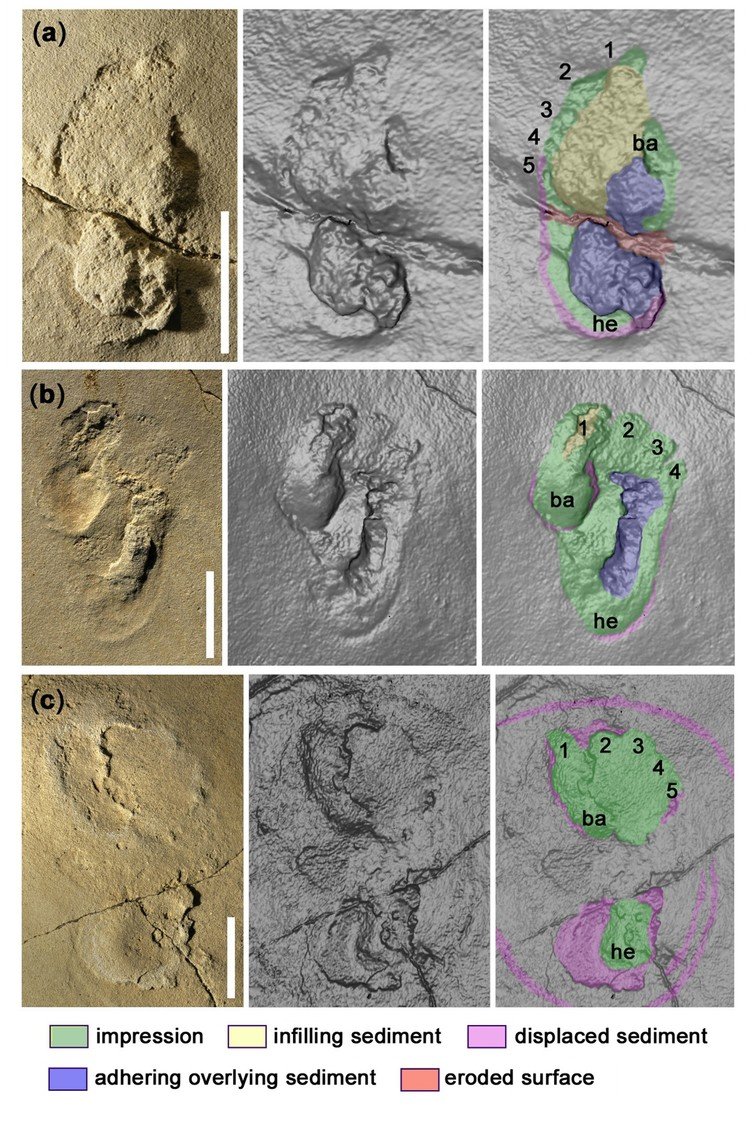 Savannah-like environments extended from North Africa up around the eastern Mediterranean. Furthermore, Crete had not yet detached from the Greek mainland. It is thus not difficult to see how early hominins could have ranged across south-east Europe and well as Africa, and left their footprints on a Mediterranean shore that would one day form part of the island of Crete.

“This discovery challenges the established narrative of early human evolution head-on and is likely to generate a lot of debate. Whether the human origins research community will accept fossil footprints as conclusive evidence of the presence of hominins in the Miocene of Crete remains to be seen,” Professor Ahlberg said.