AncientPages.com - Archaeologists hope they have finally found the long-lost tomb of Tang Xianzu who has often been described as “China’s Shakespeare.

While excavating in Fuzhou, east China's Jiangxi Province scientists discovered 42 tombs including 40 from the Ming Dynasty (1368-1644).

According to Xu Changqing, head of Jiangxi Provincial Cultural Relics and Archaeology Research Institute, archaeologists also found six epitaphs, including several believed to be written by Tang himself. 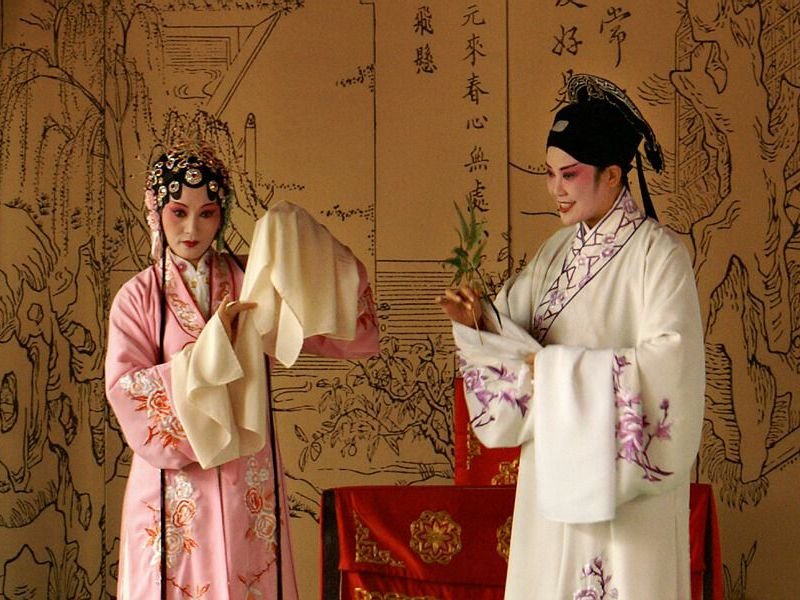 A scene from The Peony Pavilion

One of the tombs identified as "M4" contained Tang and his third wife Fu, while his second wife Zhao was buried in tomb "M3."

"The epitaphs can help us learn more about the calligraphy, art and literature in Tang's time," Xu said.

Born in 1550, Tang was a famous Chinese playwright best known for four major dramas, collectively called "The Four Dreams of Linchuan." The cycle includes "The Peony Pavilion," a drama and romance that remains one of his best-known works today.

“This discovery is significant, because it tells us more about Tang's life, his family tree and relationships with other family members,” Mao Peiqi, vice chairman of the Chinese Society on Ming Dynasty History, tells Xingha. “Besides, by learning about the status and lives of Tang's family, we can learn about education, culture and agriculture in the Ming Dynasty as well as the development of society.”

So, perhaps China’s own “Shakespeare” has been finally found after all those years. If this is really the grave of Tang Xianzu, China plan to turn the cemetery into a tourist attraction and center of study.