Ellen Lloyd - AncientPages.com - Surrounded by forest the mysterious ancient sculptures are not only interesting to look at, but these wonderful and enigmatic reliefs are also of great historical and mythological significance. 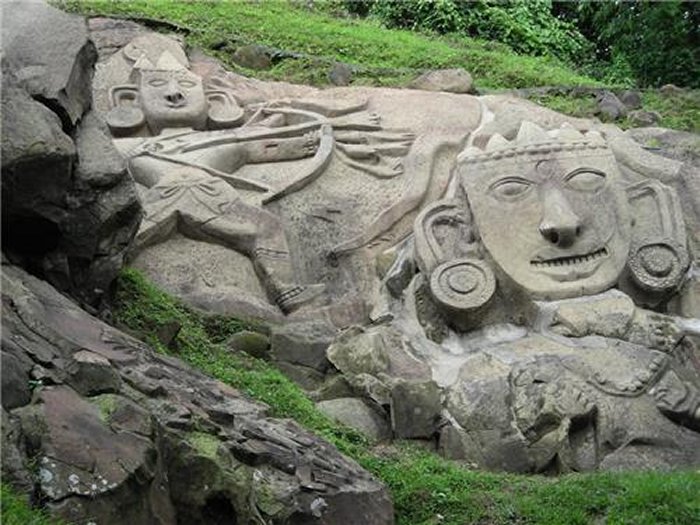 Located in the Kailashahar Subdivision in the North-eastern Indian state of Tripura, Unakoti is rather unknown to most people, even though it is a site for ancient Shaivite Hindu rituals.

Huge Rock Reliefs Made In Honor Of God Shiva

Unakoti hill, literally meaning, one less a koti in Bengali. At the site, there are plenty of statues depicting ancient Indian Gods and Goddesses. Huge rock reliefs celebrating God Shiva remind of the place’s religious importance.

It’s been a Shaiva pilgrimage spot and the site dates back to 7th – 9th centuries, if not earlier.

The sculpture of Shiva on the mountain is famous as the Lord of Unakoti called as “Unakoteshwar” or “Kaal Bhairab” which is 30 feet in height.

The Curse Of God Shiva

One ancient Hindu myth tells the stone sculptures were a result of God Shiva’s curse. As the legend goes, one day Lord Shiva was on his way to Kashi, a city on the banks of the Ganges in the Uttar Pradesh state of North India. He was accompanied by one crore gods and goddesses. Before continuing their journey, Lord Shiva and the other deities made a stop at Unakoti where they spent the night. 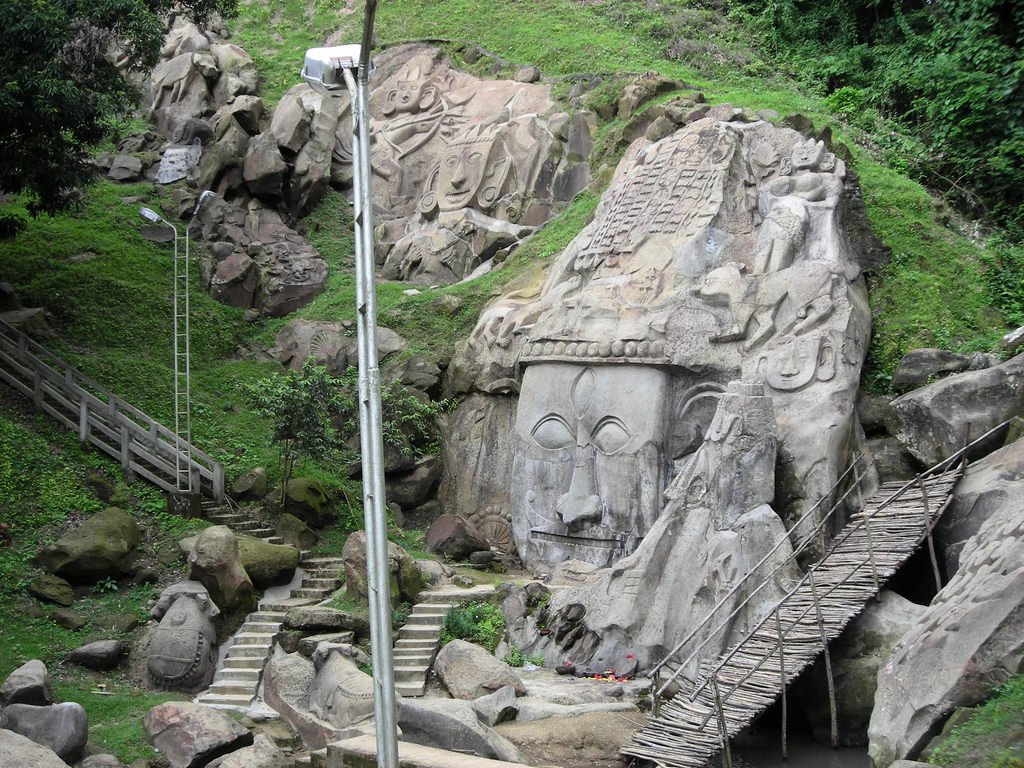 In the morning, no-one except God Shiva got up. So, Lord Shiva cursed all the others to become stone images as a result we have one less than a crore stone images and carvings at Unakoti.

These magnificent carvings are located at a beautifully landscaped forest area with green vegetation all around which adds to the mystery of the carvings. For the truth is, we do not know who really made these remarkable ancient sculptures. 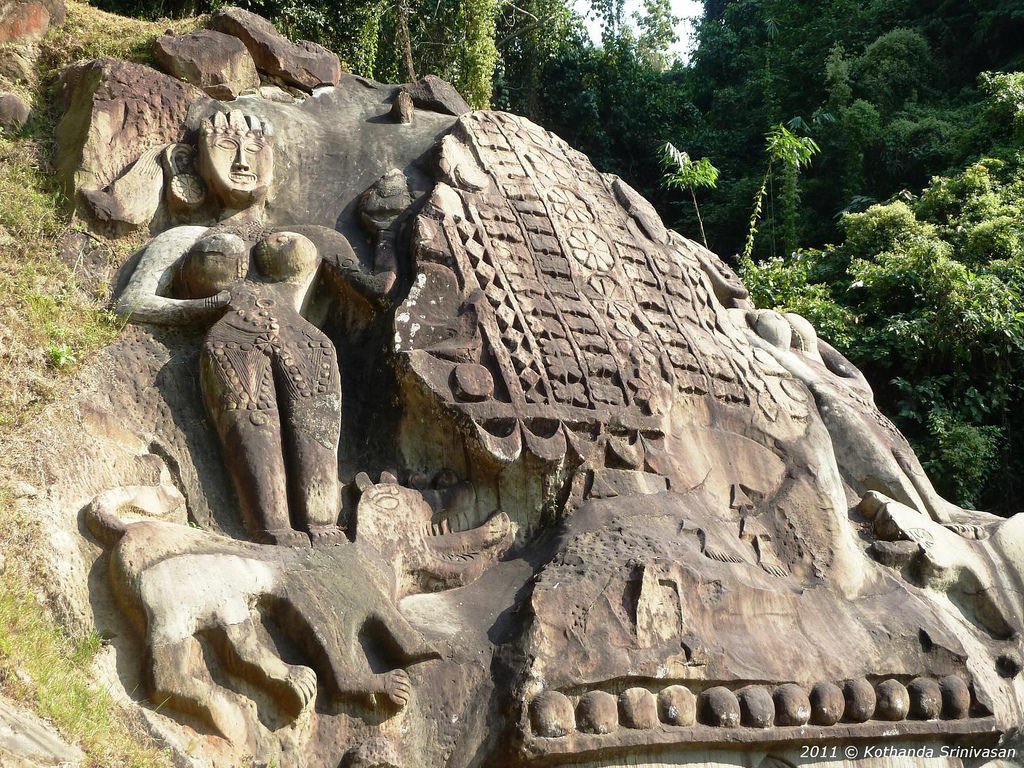 Unfortunately, many of the sculptures have suffered degradation, but the Archaeological Survey of India (ASI) has adopted Unakoti, the condition has improved.  Archaeologists think there is still a lot to excavate at this wonderful ancient site.