A. Sutherland - AncientPages.om - Harran was an important major ancient city in Upper Mesopotamia famous for a temple of the Moon-god Sin and the defeat of the Roman general Crassus in 53 BC ("Battle of Carrhae").

Today, Harran is famous for its traditional 'beehive' adobe buildings that were cool inside and constructed entirely without wood. Their design has not been changed for at least 3,000 years. 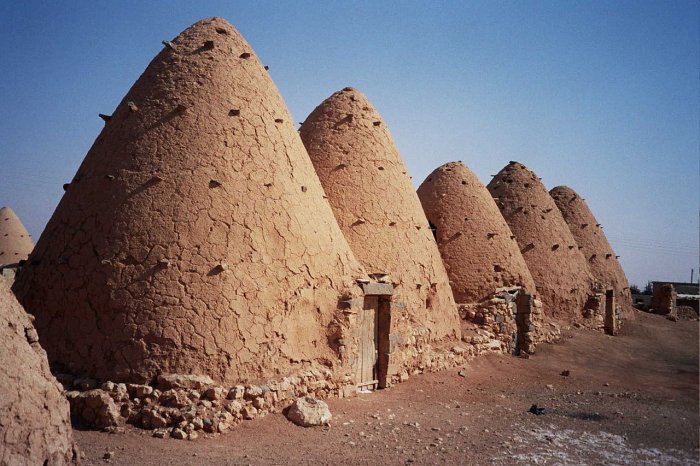 The history of the ancient Harran's "beehive" adobe houses goes back in time and so does Harran's rich history.

The city was founded in an area where two trade routes between Syria, Asia Minor, and Mesopotamia  It was in this city that Abraham's father Terah settled down after leaving Ur. (Leviticus 11:31 where the city is called Haran).

From the third millennium BC until medieval times, Harran (in Roman, Carrhae), is mentioned as an important trade center and the city of strategic importance, situated on the road from the Mediterranean Sea to the heart of Assyria.

The ancient town is mentioned in the Bible as one of the towns visited by Abraham who stayed there while on his voyage from Ur  The town is associated with the biblical place Haran.

Prior to the reign of Sennacherib (704–681 BC), the king of Assyria from 705 BC to 681 BC who is mainly known for his military campaigns against Babylon and Judah, Harran rebelled from the powerful Assyrians.

The Assyrians reconquered the city, as mentioned in 2 Kings 19:12 - "Did the gods of the nations that were destroyed by my predecessors deliver them—the gods of Gozan, Harran, Rezeph and the people of Eden who were in Tel Assar? and in Isaiah 37:12. and deprived it of many privileges, which were later restored. 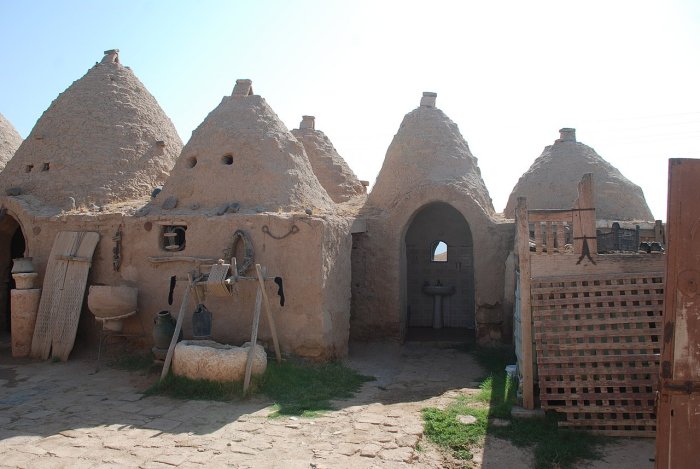 The sanctuary of Ehulhul in Harran was later restored by Assyrian rulers like of Shalmaneser III ("the god Shulmanu is pre-eminent"), king of Assyria (859–824 BC) who was known for his constant and successful campaigns against the eastern tribes, the Babylonians, the nations of Mesopotamia and Syria and another prominent figure was Ashurbanipal (668-631 BC).

The earliest records of Harran come from Ebla tablets (late 3rd millennium BC). From these, it is known that an early king or mayor of Harran had married an Eblaite princess, Zugalum, who then became "queen of Harran", and whose name was mentioned in a number of documents. It appears that Harran remained a part of the regional Eblaite kingdom for some time thereafter.

Royal letters from the city of Mari in the middle of the Euphrates, have confirmed that the area around the Balikh river remained occupied in c. the 19th century BC. A confederation of semi-nomadic tribes was especially active around the region near Harran at that time.

Harran is also mentioned as the provincial capital in the Assyrian empire (until the late seventh century BC) and sanctuary of the moon god Sin, well into the third century CE. Several other gods were worshiped in Harran too, such as the Syrian goddess Atargatis, god Sin's consort Ningal, and the Arabian goddess Allat ("Mrs. God").

Wood is rare in the region of Harran because of the dry climate of the region. People built their houses with materials they could find easily, like adobe, brick, and a little bit of stone. The Harran conical houses that can be built very quickly have served people for a very long time.

The nomadic lifestyle and the climatic conditions had forced people to adopt a building form that can be built easily like a tent but which resists heat and cold.

W.F. Albright, Institute of Archaeological Research in Jerusalem. Symbiosis, Symbolism, and the Power of the Past

Lipschitz O. The Fall and Rise of Jerusalem