AncientPages.com - Christopher Wren (1632-1723) was a man of considerable scientific abilities. He was regarded as the most influential British architect of all time.

Wren was born in 1632, East Knoyle, Wiltshire, England. He showed an early talent for mathematics and enjoyed inventing things. At the age of 13, he invented an astronomical instrument, a pneumatic engine and an instrument for writing in the dark. 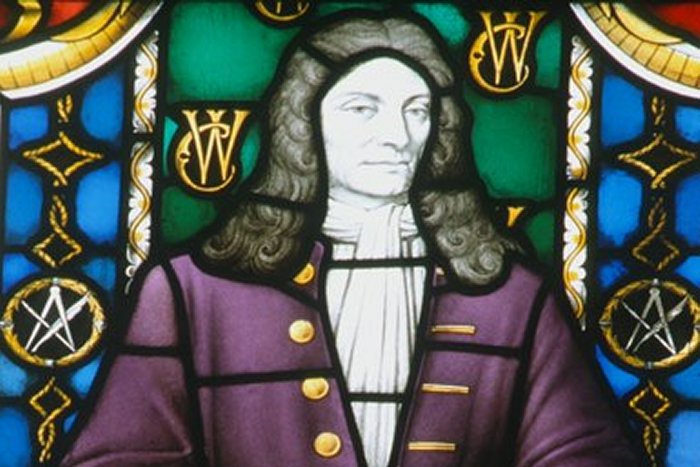 He dominated English architecture for 50 years. His most impressive work is St. Paul's Cathedral, London.

He focused on astronomy, physics, and anatomy. He experimented with submarine design, road paving, and design of telescopes and was the greatest English architect of his time. 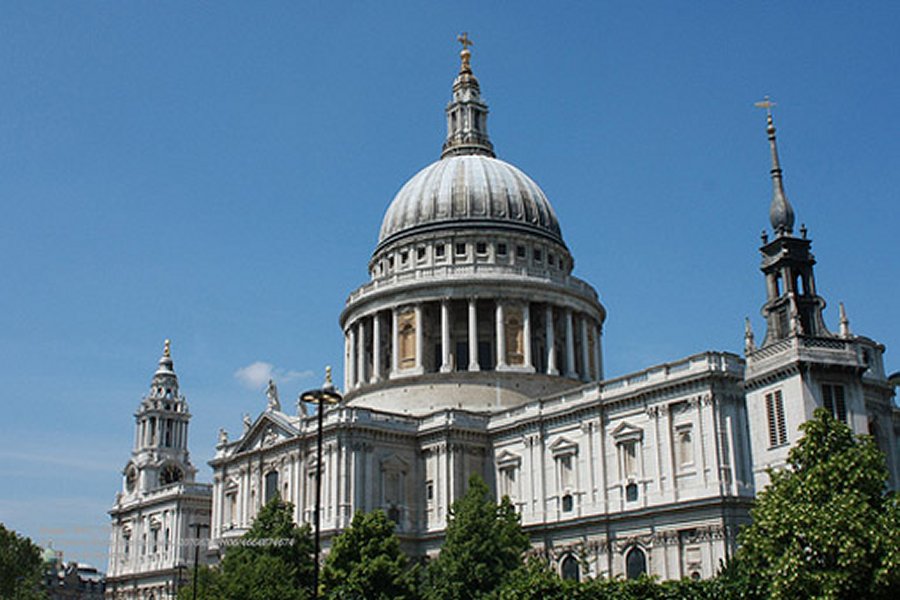 At Oxford in the spring of 1666, he made his first design for a dome for St. Paul’s. It was accepted in principle on August 27, 1666. One week later, however, London was on fire. The Great Fire of London reduced two-thirds of the City to a smoking desert and old St. Paul’s Cathedral to a ruin.

At the age of 25, Wren was offered the Chair of Astronomy at Gresham College, London. Wren mapped the burned city of London and was given the responsibility for replacing the 87 parish churches demolished by the Great Fire of London in September 2, 1666.

Wren did not turn to architecture until 1663, when he designed the Pembroke College Chapel at Cambridge University.

Between 1670 and 1686 he designed 51 new churches including St. Paul's Cathedral, the largest cathedral in England, which is Wren's masterpiece. He also prepared designs of many other secular buildings. They constitute a major part of the vast amount of work done by him and are known as the City Churches. 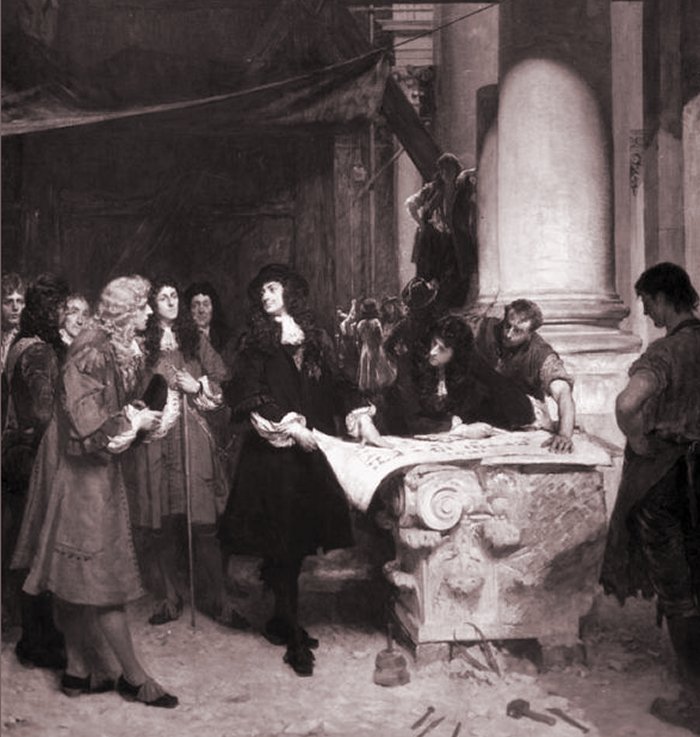 Wren was a founder of the Royal Society (president 1680-82), and his scientific work was highly regarded by Sir Isaac Newton and Blaise Pascal. He was knighted in 1673.

Among his inventions, there are also: a machine to plant grain and a hothouse to grow tropical plants, a way of disinfecting sick rooms. He devoted his time to experiments with road paving and submarine design.

Wren was sixty-six years old when he finished St. Paul's. Other buildings designed by Wren included the Royal Exchange, College of Physicians, the Royal Naval College, Custom House and the Drury Lane Theatre. Chelsea Hospital. In 1682, Wren designed a Royal Hospital for soldiers at Chelsea.

When Christopher Wren died in 1723 at the age of 90, he became the first person to be buried in St. Paul's Cathedral. His tomb bears a simple inscription:

"Reader, if you seek his monument, look about you."