A. Sutherland  - AncientPages.com - India has been widely known for its iron and steel since ancient times.

Indian state of Telangana, located on the Deccan Plateau, in southern India, is most probably be a cradle of great tradition of metallurgy. Iron Age may have come into existence in this particular region of India much before the rest of the world.

Skilled metallurgists of India are famous. Their great masterwork is for example - the Delhi Iron Pillar, spectacular column of cast iron 23 feet (7 meters) high, weighing approximately 6 tons with diameter of 16.4 inches stands in the courtyard of Kutb Minar in Delhi, India. It’s famous for the rust-resistant composition of the metals used in its construction. 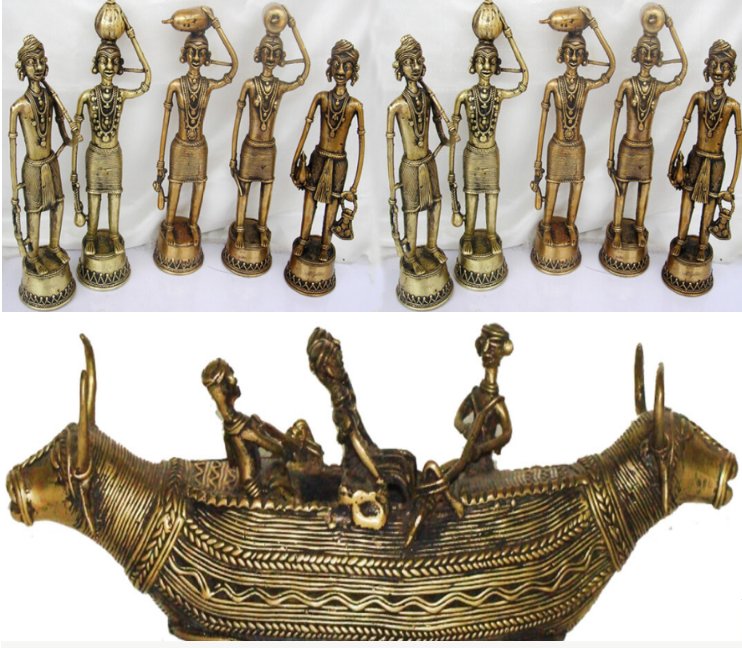 There are numerous early literary references to steel from India from Mediterranean sources including one from the time of Alexander (3rd c. BC.)

Ancient Indians produced iron capable of withstanding corrosion, most likely due to the high phosphorus content of the iron produced during those times.

The blacksmiths of Northern Telangana, like most of the blacksmith communities of south India, fall within the Viswakarma (the Hindu god of arts and crafts) caste group and comprises five craft communities; blacksmiths, goldsmiths, bronze-smiths, carpenters and stonemasons or sculptors.

Recently archaeologists unearthed  several artifacts, including small knives and blades besides earthen pots dating back to about 2,200 BC, which pushes back Iron Age in India.

According to experts who tested the metal objects at the National Geophysical Research Institute (NGRI) date them to between 1800 BC and 2,400 BC, which means their approximate date of manufacturing is  2200 BC.

India: Plastic Surgery And Genetic Science – Found In Ancient Vedas – Were Practized Thousands Of Years Ago

“In India, it was understood that the Iron Age came into being around 1,800 BC in the Lahuradeva site in Uttar Pradesh. But this latest development shows that the Iron Age started much before that, at least in our country,” Prof KP Rao said, adding that “it only goes to show that our ancestors had a rudimentary yet good knowledge about wielding weapons made of metals.

The column – made up of 98% wrought iron of impure quality – not in any way welded together – seems to have been forged as a single, gigantic piece of iron. It is believed that the top of the column originally supported a figure of Garuda – “Messenger of the Gods”

Telangana state is one of several states, in which skilled metal smiths live and work. They specialize in a very beautiful form of ancient bell metal craft known as Dhokra (or Dokra) and their work concentrates in the village is located about 59 km from Adilabad district headquarters and nearly 264 km from Hyderabad.

Left: Generations’ long Docra (Dhokra ) craft tradition – has the amazing feature that the pieces are crafted out of a single piece of metal and have no joints. Right: Wootz steel was highly prized across several regions of the world over nearly two millennia and one typical product made of this Indian steel came to be known as the Damascus swords. A splendid example is the sword of Tipu Sultan.

Telangana's tribal metal craft are also known as Ojjis who make brass metal art objects using the complex but the perfect lost wax technique for casting of the metal.

The technique of lost wax casting is being practiced in India for more than 4000 years and even to this day, it is in use by these craftsmen. This was clearly observed in the objects recovered from the ruins of Mohenjo-Daro. These Dokra artifacts are mainly made in brass and are highly unique wherein the pieces do not have any form of joints. The whole object is fully handcrafted.

There are two process of lost wax casting. The first one is Solid casting which is the method followed in the South and hollow casting, practiced in other states. The hollow casting method makes use of clay core method, treated as the traditional method.

This workmanship is practiced by the Woj community, who create the idols and figures. There are about 50 families in Adilabad district who are skilled in this ancestral craft.

At first, the skilled artist makes a clay core, which is filled with bee’s wax and resin and shaped, then it is covered with clay and there are drains made on the mould so the wax can be drained after the mould is heated.

Subsequently, the wax is replaced by molten brass, gold, bronze or silver which is left for hardening inside the mould. Then the mould is removed for retrieving the object inside and finally, the object is  polished. The entire process takes weeks to complete depending on complexity of the sculpture.

The designs made are metal figurines, elephants, folk motifs, peacocks, horses and also household articles such as measuring bowls.

Indian Journal of History of Science