A. Sutherland  - AncientPages.com - Sword of Saint Wenceslas, also known as the Coronation Sword of Bohemia, has its beginnings in the Kingdom of Bohemia, and it tells a tragic story of two brothers.

The iron blade is 76 cm long, at the widest point is 45 mm and has a ripped hole in a cross shape (45 x 20 mm). The wooden handle is covered with brown-yellow fabric, embroidered with the ornament of laurel twigs with thick silver thread. The cross on the blade was most likely made later in the Middle Ages. Source

The relic is a ceremonial sword with the blade, which age and history go back to the 10th century, to the times of St. Wenceslaus, the duke of Bohemia from 921 until his assassination in 935.

Wenceslaus (Polish: Waclaw) was born in 907, in Stochov, was Duke of Bohemia, a medieval and early modern monarchy in Central Europe. He was the son of Prince Vratislav and the pagan princess Drahomira, who was the daughter of a Veletian chieftain.

The Veletians were a Baltic Slavic tribe who were known as fierce or wild (‘Ljutici’) and for their long and violent resistance to Christianity. It is rather curious that Drahomira was given in marriage to the Christian ruler of Prague. 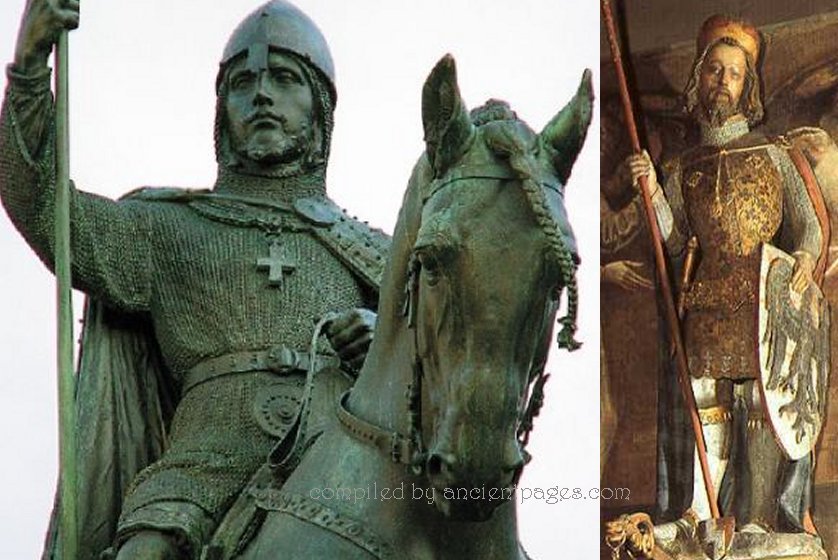 St. Wenceslaus was a Czech prince from the Przemyslid dynasty, royal dynasty which reigned in the Duchy of Bohemia and later Kingdom of Bohemia and Margraviate of Moravia (from 9th century to 1306 AD), as well as in parts of Poland (including Silesia), Hungary, and Austria.

When Wenceslaus was thirteen, his father, Vratislav, died, the government, and as well as two boys (Wenceslaus and Boleslaus), were entrusted to their grandmother, Ludmila of Bohemia.

There is conflicting information, however, whether  Ludmila raised one or two boys. Some sources say that the boys’ mother Drahomira raised Boleslaus, while Ludmila devoted her attention to Wenceslaus.

Pagan And Christian Tensions In The Family Of Wenceslaus

Ludmila taught Wenceslaus the Christian faith and was determined that Wenceslaus would do two things in his life. At first, he needs to become a Christian and the second to rule his country instead of his pagan mother.

It gave rise to the devastating conflict between daughter-in-law and mother-in-law. In the opinion of the Czech chronicler Cosmas of Prague, Drahomira remained a pagan even while living among the Czechs. 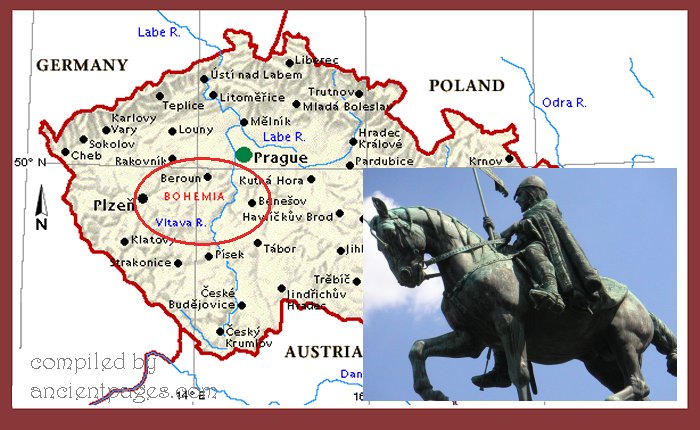 She was the daughter of a Veletian chieftain. The Veletians were a Baltic Slavic tribe who were known as wild and fierce people (‘Ljutici’) and for their long and violent resistance to Christianity.

Why did a devoted pagan such as Drahomira marry the Christian ruler? How could the church allow this union? Did Drahomira have a hidden agenda?

In the opinion of the Czech chronicler Cosmas of Prague (c.?1045 –1125), Drahomira remained a pagan even while living among the Czechs.

Wenceslaus I Killed On Order Of His Brother

Shortly after the rule of the kingdom was passed to the young prince Wenceslaus, Ludmila was strangled on September 15, 921, most likely by Drahomira, who hired assassins.

Hatred, rivalry, and jealousy are destructive feelings, which often destroy families. Drahomira, the brothers' mother, arranged to have Ludmila killed.

Wenceslaus banished his pagan mother and Boleslaus, starting the process of consolidating the Christianization of Bohemia. 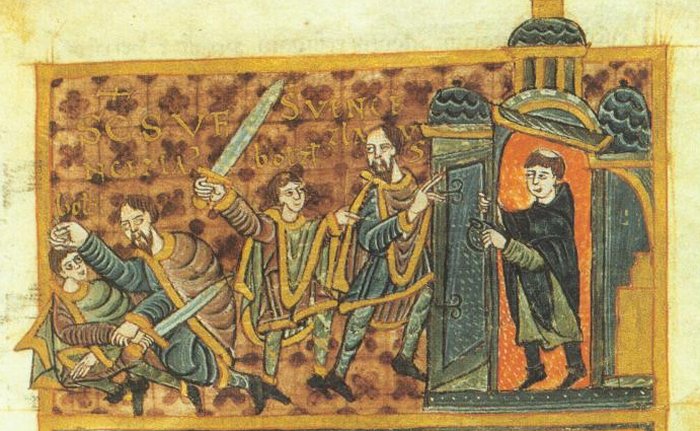 Wenceslaus' assassination: the duke flees from his brother (with sword) to a church, but the priest closes the door. Gumpold von Mantua, 10th century) Public Domain

Still,  some of the powerful noblemen supported the banished Boleslaus, and they formed an opposition. They grew angry because a Christian king ruled the Kingdom of Bohemia.

On September 28, 935 AD, Boleslaus invited his brother to the ceremony honoring two saints Cosmas and Damian (in Roman: Kuzmas and Dimyan), who were twin brothers and physicians from Cilicia region, Asia Minor.  These physicians practiced curing of patients, especially the poor ones, without charging any fees for their treatment. In this way, they also attracted many people to the Christian faith. The brothers became early Christian martyrs.

During the Cosmas and Damian feast, a quarrel broke out between Wenceslaus and Boleslaus of Bohemia. The latter grabbed his dagger, and Wenceslaus escaped to the church. Unfortunately, before he got there, three knights of his younger brother, killed him at the chapel door.

Wenceslaus was murdered at precisely the time when a son of Boleslaus was born. The child was given a bizarre name: ‘Strachkvas,’ which means "a dreadful feast."

In the iconography, Wenceslaus is depicted in armor and a royal costume. His attributes are a dagger - the tool of his death, an angel giving him a spear, and a coffin carried by angels.

Before Wenceslaus died, he asked God’s mercy for his brother, and thus he was recognized as a martyr. He was declared patron of Bohemia, now the Czech Republic.

His life and martyrdom were described in many legends, including the “First Old Slavonic Legend” that originated in the tenth century.

Alban Butler A., Burns P. Butler's Lives of the Saints