Ellen Lloyd - MessageToEagle.com - Known as Lady of the Sea and mother goddess, Asherah is one of the oldest deities in the Sumerian and Ugaritic pantheon.

Goddess Asherah was worshipped by many ancient civilizations in the Near East.

Was goddess Asherah also the lost bride of Yahweh? 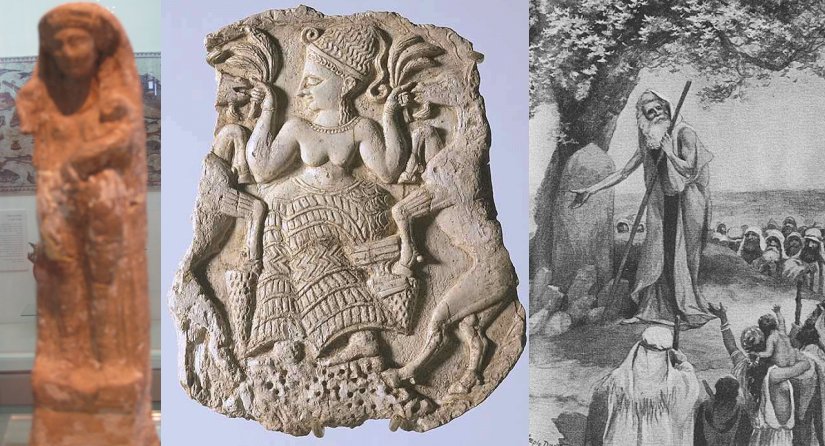 Some biblical scholars believe that Asherah was at one time worshipped as the consort of Yahweh.

Who was the lost goddess of the Hebrews?

In Ugaritic mythology, this lost and forgotten deity is referred to as The Lady Asherah of The Sea. Several unearthed ancient clay tablets and writings from Ugarit, which was once an ancient port city in what is today called Ras Shamra, in northern Syria describe goddess Asherah as the wife of chief god El, the West Semitic counterpart of god Anu.

God El was the ruler of heaven and goddess Asherah had the sea as her domain. It is said that she had as many as 70 children and among them were important gods such as Baal, Anath, and Mot. There are also ancient references to one of her servants who was a fisherman named Qadesh was-Amrur. He used to bring her fish and help her saddle her donkey. 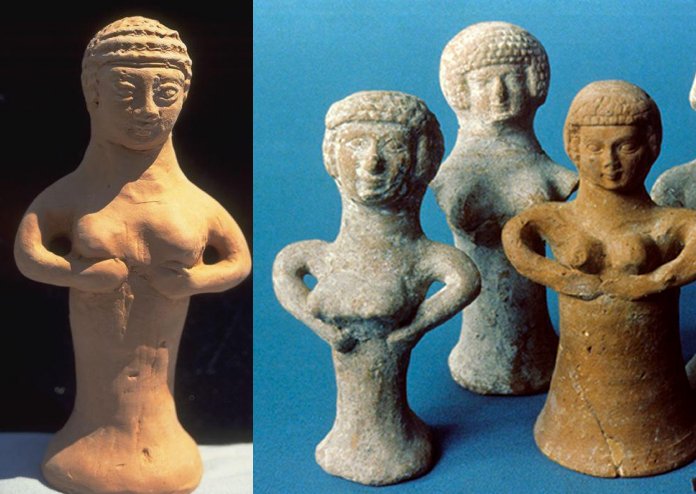 Although goddess Asherah was worshipped in many ancient cities, there is little information about her before the period of Ugaritic myths. Her history is complex and shrouded in mystery.

To the Hittites, this goddess appears as Asherdu(s) or Asertu(s), the consort of Elkunirsa ("El the Creator of Earth") and mother of either 77 or 88 sons.

Nanna: Mesopotamian Moon God, Lord Of Wisdom And Father Of The Gods

In one Sumerian inscription set up in honor of Hammurabi, King of Babylon, about 1763 B.C., she is mentioned as Ashratum, the bride of Anu. Since the Sumerian and Akkadian god Anu most likely corresponds to the Canaanite god El, historians think that goddess Asherah held the position of the chief or mother goddess for at least three centuries prior to the Ugaritic period.

In the Amarna letters, also known as Amarna Tablets as well as in the Bible the names of Asherah and Astarte interchange which creates confusion among scholars.

Among the Amarna letters, a King of the Amorites is named Abdi-Ashirta, "Servant of Asherah". Ashtart is believed to be linked to the Mesopotamian goddess Ishtar who is sometimes portrayed as the daughter of Anu while in Ugaritic myth, Ashtart is one of the daughters of El, the West Semitic counterpart of Anu.

Goddess Asherah And The Biblical Connection

Raphael Patai writes in his book The Hebrew Goddess that it is almost inevitable that the cult of the great Canaanite mother-goddess should penetrate the Hebrew religion as well. “While it is not easy to reach a definite conclusion as to the physical shape in which Asherah was represented among the Hebrews, a careful perusal of Biblical references to the “Asherahs” seems to indicate that they carved wooden images which were set up by implanting their base into the ground. In early times they often stood next to altars dedicated to Baal, later a “statue of Asherah” was set up in the Jerusalem Temple itself. The word Asherah in Biblical usage can refer to either to the goddess herself or to her image.” 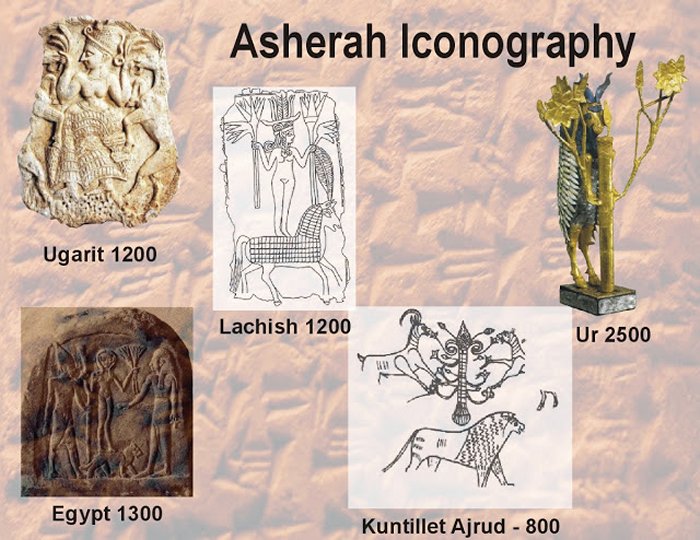 In his book, Did God Have A Wife?, author William G. Dever demonstrates that a cult of Asherah did flourish in ancient Israel. According to Dever, “some of the biblical references to "asherah" are downplayed in the texts, reducing her as it were to only a "shadow of herself" — merely a symbol of the goddess, a pole or tree.”

What Was The Asherah Pole?

The word Asherah is translated in Greek as also, grove, or occasionally by dendra, trees. Asherah poles, which were sacred trees or poles, are mentioned many times in the Hebrew Bible. Asherah poles were also known in Scripture as the "high places." This is likely due to the connection of worship upon hilltops and mountains.

The first mention of the Asherah pole is in Exodus 34:13 (NIV): "Break down their altars, smash their sacred stones and cut down their Asherah poles."

The Israelites were commanded to destroy any Asherah pole they found among the other people in the land. 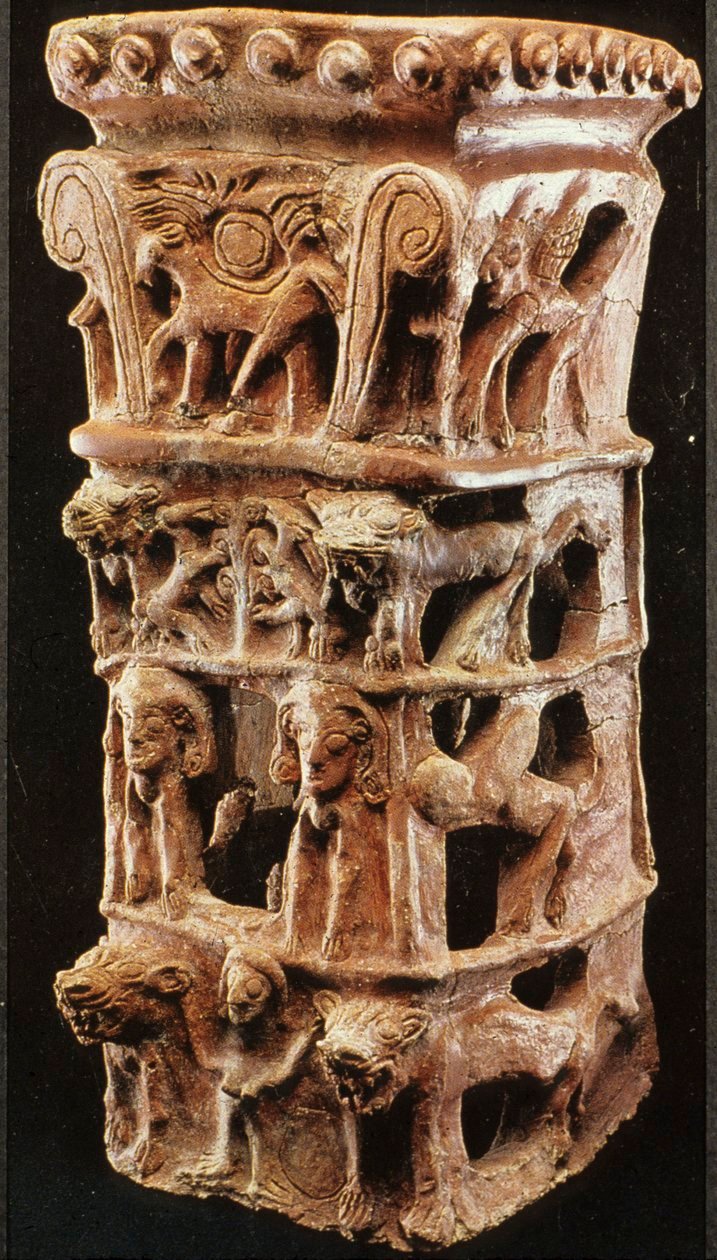 In Deuteronomy 16:21, the Lord commanded the people of Israel to not make Asherah poles of their own. However, it did not take long for the Israelites to disobey this command. In Judges 3:7, we read, "And the people of Israel did what was evil in the sight of the LORD. They forgot the LORD their God and served the Baals and the Asheroth." Instead of obeying God's commands, they worshiped the gods of the people God sent them to drive out.

It is believed that many Asherah poles were raised in honor of the mother-goddess Asherah.  The purpose of the objects remains a subject of heated debate among scholars.

William G. Dever - Did God Have a Wife?

The Queen Of Heaven