AncientPages.com - A torquetum was a complex and sophisticated Medieval astronomical instrument used to measure the three sets of astronomical coordinates: horizon, equatorial, and ecliptic.

As a mechanical tool, the torquetum could also interconvert between these sets of coordinates without the use of calculations and to demonstrate the relationships of these coordinate sets. The device served as an analog computer. 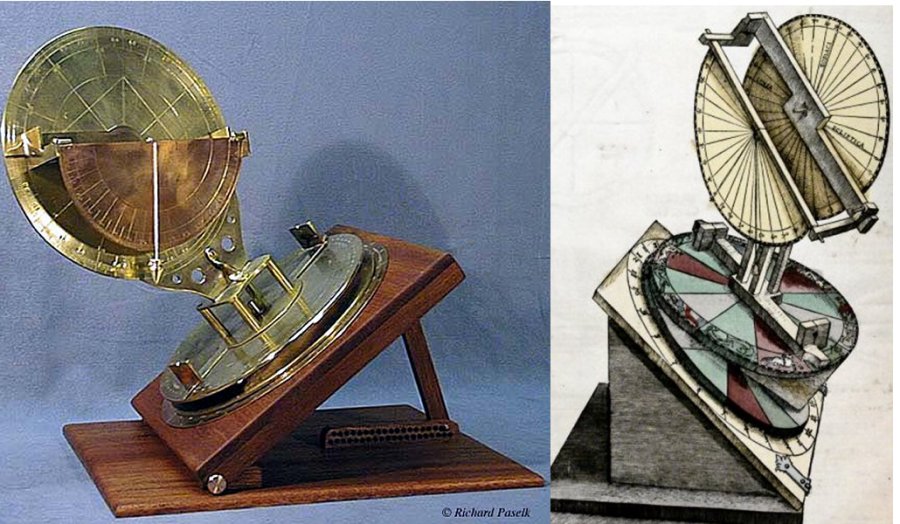 The torquetum or turquet is a complex and sophisticated instrument characteristic of Medieval astronomy and the Ptolemaic tradition. Credit: Humboldt State University

The first known accounts of the torquetum are those of Bernardus de Virduno (Bernard of Verdun) in the Tractus super totum astrologium and Franco de Polonia (Franco of Poland). The earliest known manuscript of Franco's account is dated at 1284. Peter of Limoges, author of A Moral Treatise on the Eye or On the Moral Eye, a popular guide for Catholic priests used a torquetum to measure the initial position of the comet of 1299 in the eighteenth degree of Taurus.

Knowledge of this instrument was revived in the thirteenth century, and in the fifteenth and sixteenth centuries there was much interest in designing versions of it, only a very few of which survive.

The best known account, and certainly the most commonly reproduced image of a torquetum, is that of Peter Apian (1495-1552) of Nuremberg, one of the leading instrument makers in the early sixteenth century. In 1532 he published a paper and described the basics of the instrument.

In 1540 Apian published his second major work, the Astronomicum Caesarium, including his pioneering observations on comets. This was the first scientific description of comets other than their positions in the sky, describing the appearances of five comets (including Halley's) and the fact that their tails always point away from the sun.