AncientPages.com - Queens College of the University of New York has received a gift in form of 85 beautiful Coptic textiles that will be part of the Godwin-Ternbach Museum. 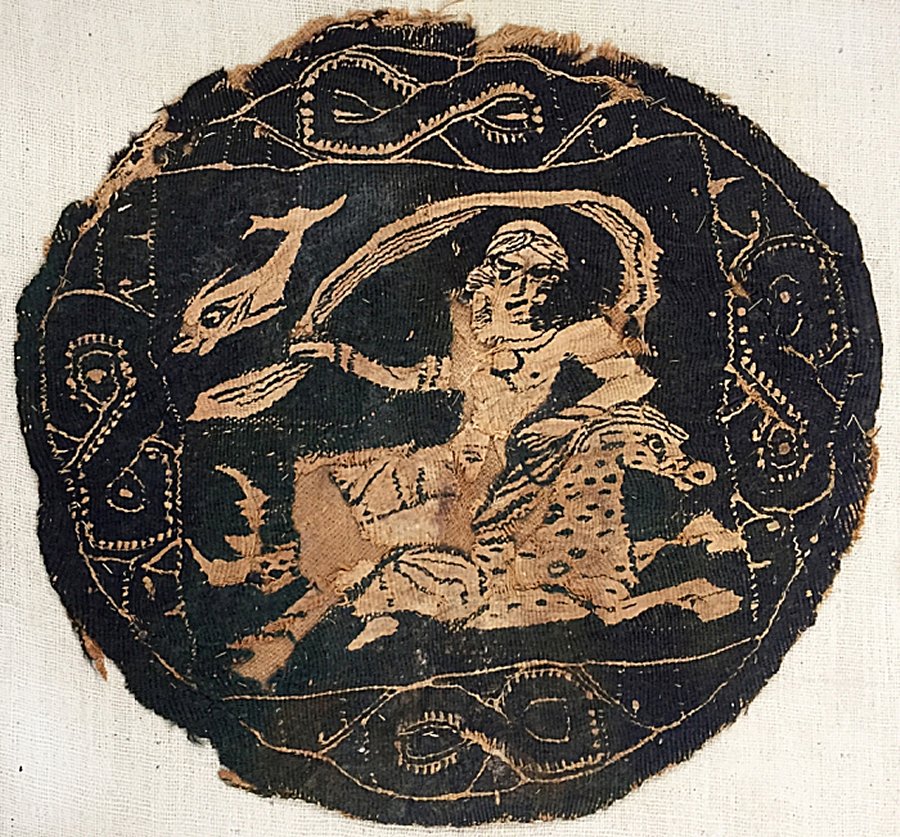 Black roundel with a nereid, or sea nymph, riding a dappled marine horse, and a dolphin behind the nereid’s shawl (Egypt, 4th-7th Century CE), natural linen and natural and black wool, 9 ½ x 9 ¾ inches (Gift of the Estate of Rose Choron, Godwin-Ternbach Museum)

The textiles that date back from the 3rd to 7th century Egypt are decorated with geometric motifs, sea nymphs riding dolphins, vibrant birds in primary colors, and portraiture.

The art presents the diversity of pagan and Christian religion and culture in Byzantine-era Egypt. 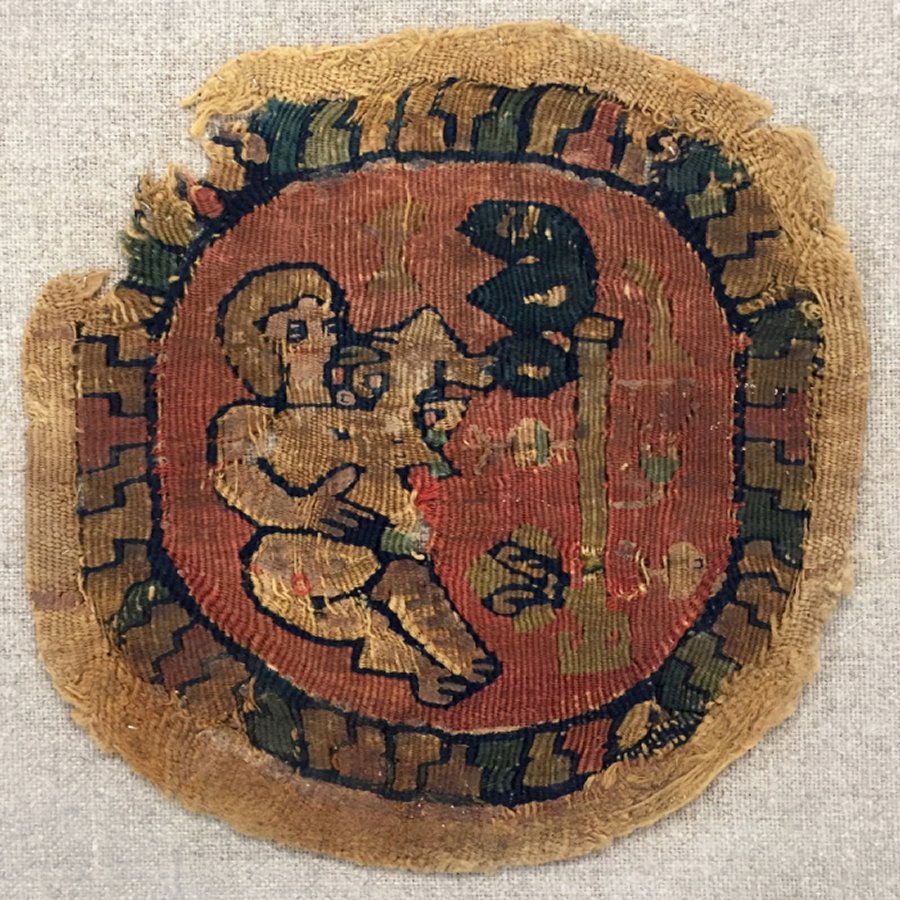 “They wanted to donate all these pieces to a small museum that would use them and teach with them as opposed to a larger museum that would put them in storage,” Elizabeth Hoy, collections curator and manager of the museum, told Hyperallergic. 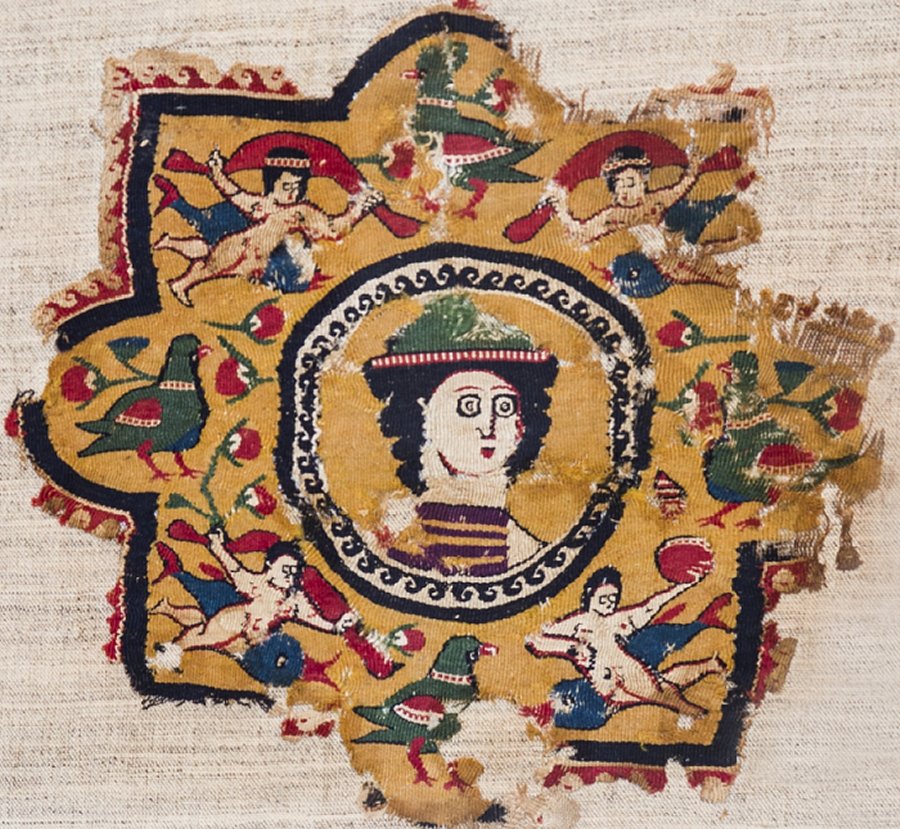 “Unfortunately what happened was when they were discovered, the most decorative parts of the tunics that the buried were wearing were cut out and sold on the market,” Hoy explained.

“I think it’s also really interesting that the Egyptians would, as their tunic would start to fall apart, cut out the embroidered parts themselves and reattach them. You can see the ancient stitches where they sewed it onto something else.” 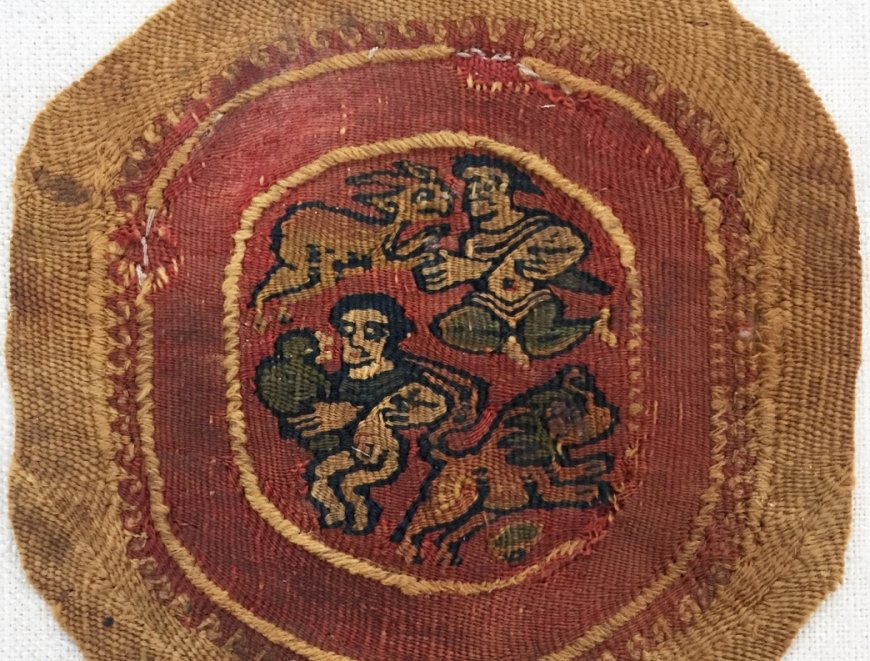 Red-ground roundel with a triple scene of a gazelle leaping into the arms of a kneeling man in Persian dress, a lion leaping over a wine bowl on the lower half, and a human figure holding a large bird at left (Egypt, 4th-7th Century CE), natural, orange, green, red, brown and black wool, 4 ½ x 4 ½ inches (Gift of the Estate of Rose Choron, Godwin-Ternbach Museum)

One bright yellow piece of linen has a wide-eyed portrait of a wealthy woman on a lobed square animated by green birds and whimsical sea nymphs; another sleeve band has a black wool scene of swimmers and ducks sewn on linen. Greek gods like Eros appear along with followers of the Roman Bacchus, while Egyptian flora and fauna mingle in the patterns.

According to Hoy, “these textiles are a really amazing visual representation of that, showing the Greek and Roman influence and the Christian development and what would go on to influence Islamic art. There was so much going on, it just really shows that this idea of globalization is very old.”