AncientPages.com - Archaeologists have unearthed a remarkable prehistoric site with thousands of artifacts in Israel. It has been described a “paradise” where humans lived 500,000 years ago.

The site is located in Jaljulia near the town of Kfar Saba. In ancient times there was a river at the site and the region area was rich in vegetation. The “paradise” became home to plenty of animals and Paleolithic hunter-gatherers. Digging to a depth of 16 feet (5 meters), the archaeologists uncovered layer after layer of tools and animal bones. 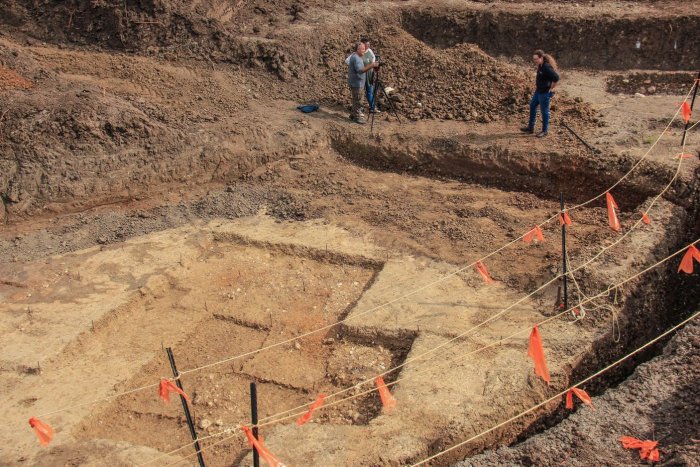 A view of a half-a-million-year-old open-air prehistoric site found in Jaljulia, during a salvage excavation Credit: Ariel David

Among the artifacts researchers uncovered bifacial handaxes and flint tools produced using an early form of a different, much more complex technique.

Some of the artifacts reveal that half a million years ago, early humans created a hoard of elaborate flint tools that suggest their cognitive abilities were much closer to our own than previously thought.

Large Mysterious 2,000-Year-Old Structure Discovered At The Center Of A Military Training Area In Israel

Ran Barkai, an archaeologist from Tel Aviv University points out this was a perfect place for humans. The water brought flint nodules from the hills, which were used to make tools on the spot, and it attracted animals, which were hunted and butchered here. They had everything that prehistoric people needed.

At least six distinct sub-sites have been found within the excavation area.

Over time, the water changed course and the people moved with it. That's why there are so many different sites, Barkai told Haaretz during a recent visit. It was like a prehistoric picnic spot, which people would return to over and over again. 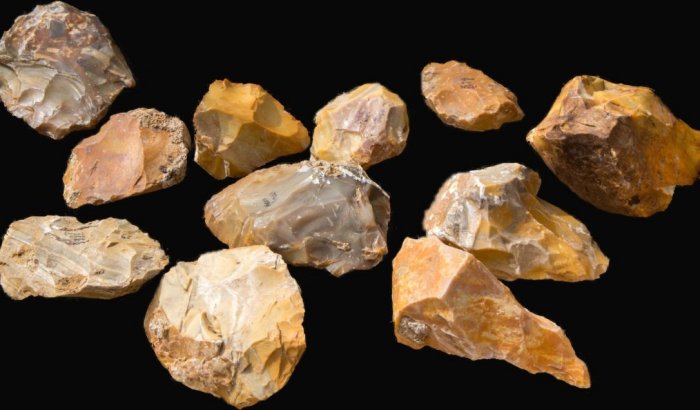 Hundreds of hand axes were uncovered in the excavation by Jaljulya, demonstrating technique that begs the question: Did man begin to develop much earlier than thought? Samuel Magal, Courtesy of the Israel Antiquities Authority

“The discovery is incredible because of the state of preservation of the pieces and for their implications in our understanding of this ancient material culture,” Maayan Shemer of the Israeli Antiques Authority said.

According to researchers, “there is no doubt that researching these finds in-depth will contribute greatly to the understanding of the lifestyle and human behavior during this period.”

The area is far from completely explored and archaeologists hope to unearth many more interesting and valuable artifacts that can shed more light on what life was like in this part of the world in prehistoric times.