AncientPages.com - On March 10, 241 BC, the Carthaginian relieving fleet was totally defeated near the Aegates Islands off western Sicily and the event is known as the Battle of the Egadi Islands.

It was the final battle of the First Punic War in 241 BC.

By the winter of 243/242 the Roman treasury is exhausted. However the Romans had sufficiently recovered from the debacle of 249 to build yet another fleet of 200 war ships. 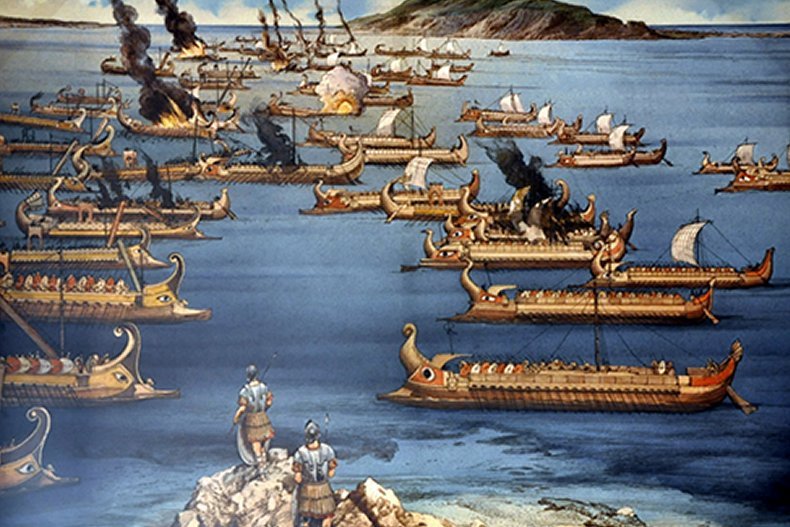 On March 10 241BC a huge naval battle took place off the coast of Sicily between the Romans and their archenemies the Carthaginians. It put an end to the First Punic War and set the Roman Republic on its militaristic path to becoming an Empire. Photo: RPMNF projects

Successful ground and naval assaults are launched against Carthaginian fortresses at Lilybaeum and Drepanum in Sicily.

In 241 the fleet of 200 quinquiremes which was placed in command of Gaius Lutatius Catulus were sent to renew the blockade of Lilybaeum. The Romans appeared off the coast of Sicily in the summer and the surprised Punic fleet was forced to sail home, allowing the Romans to take the harbor at Drepana (Trapani), where he installed siege-works and blockaded the city, and the roadsteads near Lilybaeum. Meanwhile he drilled in naval manoeuvers every day.

The Carthaginians managed to reactivate their fleet and send a force of 170 ships, loaded their ships with grain and sought to relieve Hamilcar's troops in Eryx.

The fleet was out of practice, burdened  with supplies for the garrison ND and undermanned. The commander, Hanno, planned to reach Eryx, unload the corn to lighten the ships and take on the mercenary troops of Hamilcar Barca and then seek out the Roman fleet.

At daybreak, Lutatius embarked his best troops and sailed to the  Egadi Islands) near Lilybaeum to intercept. He was unsure whether to engage but in the end decided that this would be preferable to fighting the same force later after it could be strengthened by Carthage. So upon seeing the enemy at full sail, he put to sea at once, quickly maneuvering his fleet into a single line facing the enemy. Seeing this, the Carthaginians lowered their masts and closed. The Romans benefited from removal of all heavy equipment from their vessels and their training now paid off whereas the laden Carthaginian galleys were difficult to maneuver and their marines merely raw recruits.

The Romans lost 30 ships and another 50 were damaged. 50 Carthaginian ships were sunk, 20 of them with all hands, and 70 of them were captured along with 4,040 or 6,000 men. The Romans had taken nearly 100,000 prisoners of war and Carthage was forced to sue for peace shortly thereafter.

Thus, the Carthaginian fleet was totally defeated near the Aegates Islands off western Sicily.

Catulus, who had made the decision to attack, shared in the triumph, though a wound had prevented him from taking part in the operations.