A. Sutherland - AncientPages.com - In Norse mythology, a frightening Fenrir symbolizes the chaotic and destructive power of nature. He represents the most tremendous dynamic forces coming from underground.

Fenrir was a gigantic monster wolf; he was so huge that his jaw stretched from the earth to the sky. He was considered the wildest expression of nature. 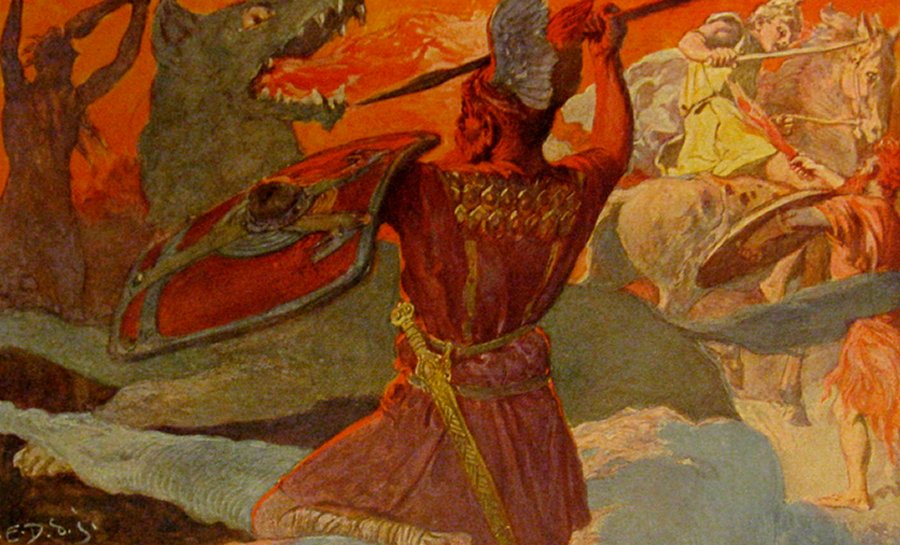 Fenrir (“He Who Dwells in the Marshes”) is the most infamous of all creatures in Norse mythology. It is one of the most dangerous creatures known from many ancient sources such as Völuspá (Old Norse Voluspá), the first and best-known poem of the 'Poetic Edda', compiled from earlier traditional sources, in the 13th century. It is also known from and the 'Prose Edda' and 'Heimskringla' (the most famous of the Old Norse kings' sagas) dated to the 13th century.

Known to kill gods and goddesses, Fenrir played a significant role in the pre-Christian Scandinavian beliefs and was frequently depicted on numerous surviving runestones in Scandinavia, and described in Old Norse literary sources. 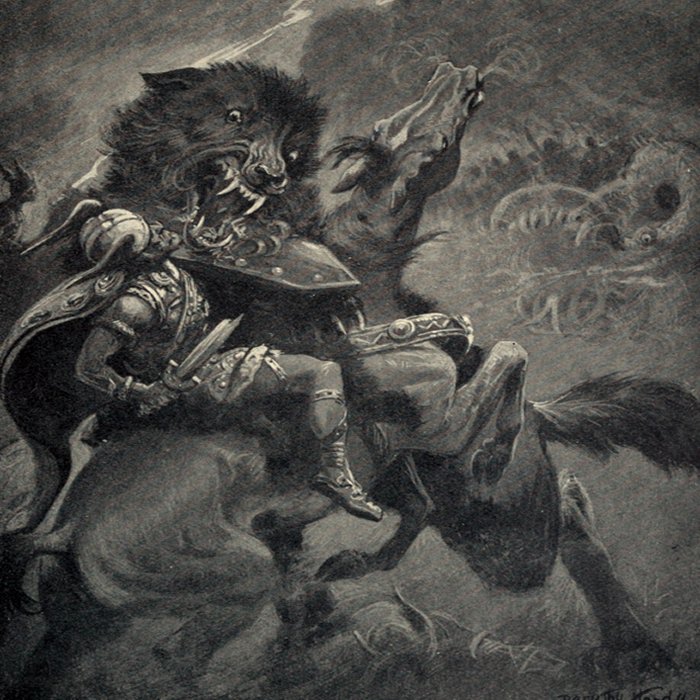 According to the gods’ prophecy, Fenrir, the son of the god Loki and his mistress and giantess, Angrboða, will kill the god Odin during the events of Ragnarok, but in turn, he will also be killed by Odin's son Víðarr.

One of the most popular Norse myths tells about the binding of this dangerous creature.

The dwarves forged a chain made from the world’s most secret powers and the gods bound Fenrir in an attempt to control nature’s never-ending destructiveness but in vain. 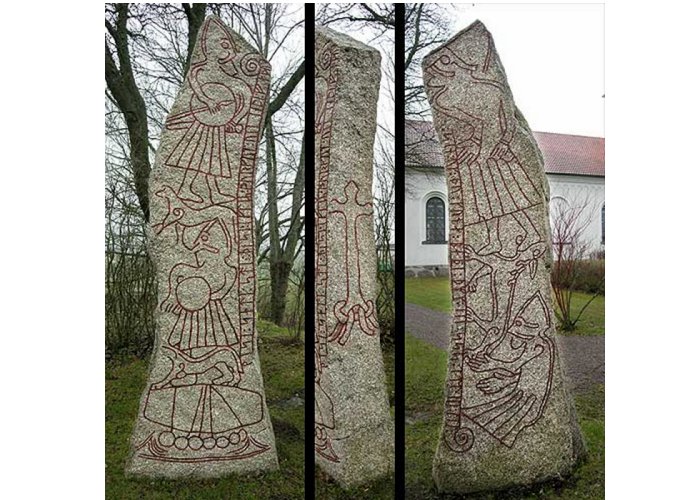 Ledberg Stone - Ledbergsste nen), located in Östergötland, Sweden probably depicts thefinal battle of the gods during Ragnarök. It's visible the wolf Fenrir attacking Odin and the ship Nagelfar, and additional scenes showing other several gods that meet their death.

The gods had tamed nature but only for a short period of time, and nature again showed its dangerous and totally uncontrolled power.

Fenrir managed to break free through his binding chains; he did it with great force and started spreading death and destruction. It happens in Ragnarok, the great and final battle.

Subterranean forces (earthquakes) set Fenrir free and he opens his mouth so wide that his upper jaw captures heaven and his lower jaw the Earth. Fenrir’s destructive, unlimited and uncontrolled power destroys lives in all nine worlds.

Odin dies fighting Fenrir, but the gods’ prophecy is also finally fulfilled. Víðarr, the son of Odin avenges his father's death by killing the monster Fenrir at Ragnarok.