AncientPages.com - For generations, Okinawans potters produced fascinating pottery, of which fragments are still being unearthed.

A fragment of pottery, which is believed to have come from earthenware, was unearthed about six years ago in Okinawa Prefecture, Japan. It features maze-like grooves and faint traces of vermillion paint. 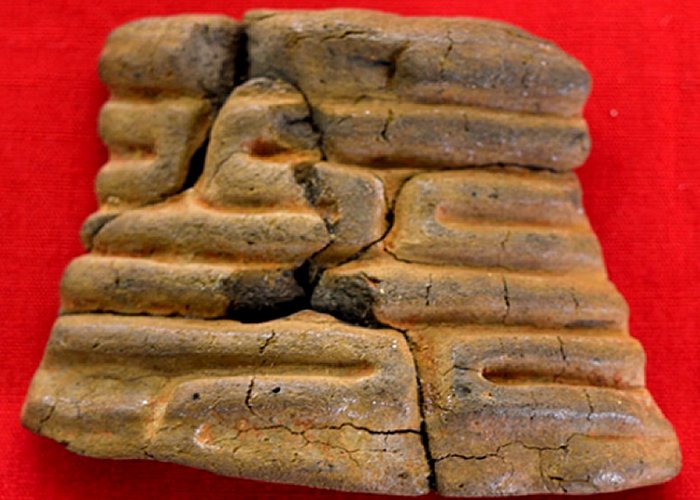 A fragment with characteristics of the Kamegaoka pottery style common in northeastern Japan 3,000 years ago was found in Chatan, Okinawa Prefecture. (Go Katono)

Based on experts’ opinions, the shard was almost certainly a variation of Kamegaoka pottery, making it the first such piece discovered in Okinawa Prefecture.

This kind of pottery was particularly widespread in northeastern region of Japan 3,000 years ago. Many Kamegaoka pottery pieces have been excavated in eastern Japan, but few of them have been unearthed in western parts of Japan. 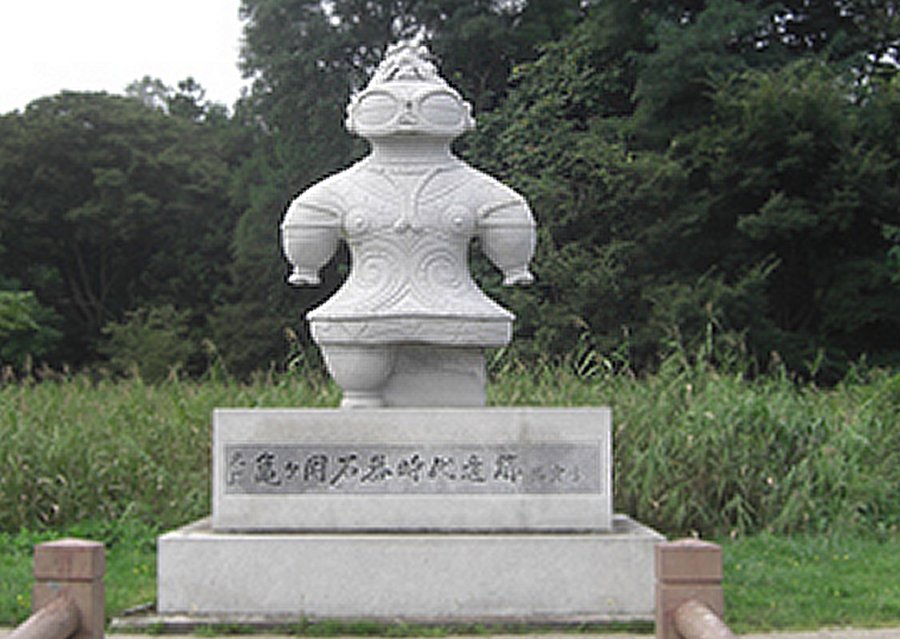 Front view of the Kamegaoka Site

Kamegaoka culture created many artistic pottery unique patterns and clay figurines; these artifacts are from the Tohoku region (the northern portion of Honshu) at the end of the Jomon Pottery Culture (c. 8000 B.C.-300 B.C.)

Kamegaoka Culture flourished from 3000-2300 B.C. during the late Jomon Period, and extended from the southwestern part of Hokkaido into the Tohoku Region. It was named after the Kamegaoka ruins found in Tsugaru City. Most characteristic features of Kamegaoka Culture are famous ritual artifacts such as dogu clay figures, doki earthenware, and various lacquerware.

The shakokidogu - humanoid clay figures - are still one of the most representative artifacts of the Kamegaoka Culture.

Previously, the farthest south for distribution of this particular pottery was on the Amami-Oshima and Tokunoshima islands of Kagoshima Prefecture, which lie north of Okinawa Prefecture.

“The discovery of the pottery fragment (in Chatan) has strengthened the view that people were actively interacting and trading between Japan’s main island and Okinawa from the end of the Jomon to the early part of the Yayoi period,” said Yasuo Yamashiro, a senior official of the Chatan education board.