A. Sutherland - AncientPages.com - In 1928, strange signs were discovered on the wall of a cave near Sitovo next to Plovdiv, Bulgaria. These mysterious markings that are believed to have been made about 1,200 BC. became known as the Sitovo Inscription. 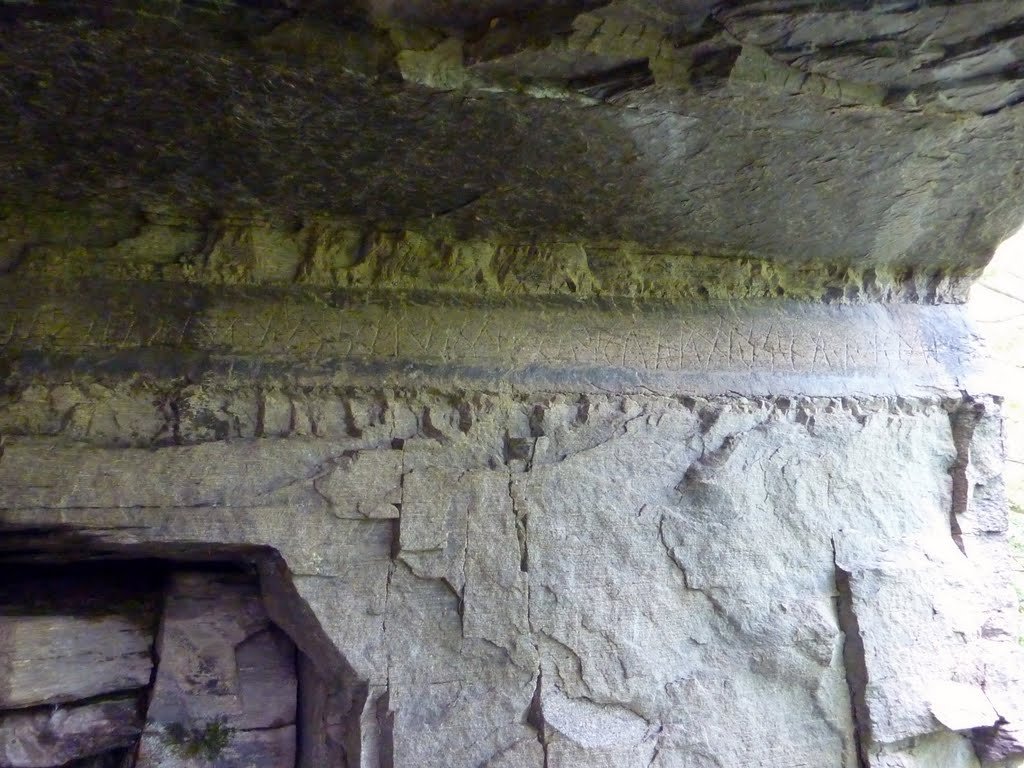 The archaeological expedition that discovered the inscription was led by Alexander Peev who was  executed by the fascist Bulgarian Authorities in Sofia, on November 22nd, 1943 for being a secret agent for the Soviets in Bulgaria.

Peev sent an example of the inscription to Soviet archaeologists in Kiev, hoping they could help him to decipher its meaning. The Bulgarian fascist authorities believed that the Sitovo Inscription contained a ‘secret’ code used to communicate with the communists.

‘...After a careful examination of the southern walls of the cave (which are almost sheer rock), we found that about two meters from the floor was carved a smooth polished rectangular area with a width measuring 23 to 30 cm, and a length of 260 cm. Upon this prepared surface was carved some mysterious signs. Without a doubt, the inscription is made by the hand of man.

The signs resemble the so-called runes used by the old Germanic peoples before you fall under the cultural influence of Rome …  The eastern wall of the cave is a huge block of stone. Here we also found the inscription 23 cm height and 80 cm in length....’


Rohonczi Codex Still Undeciphered – Is It The Most Secret Book Written In A Code?

Since then many archaeologists and other experts have made attempts to translate the signs, but in vain.

Some have suggested the message is written in local ancient languages or it perhaps in Celtic, Slavic, or Phrygian. If the inscription was of Thracian origin, it would be thousands of years old , probably dated back to 3,000 BC.

There are also those who think these signs have no meaning and the inscription is not a script, but just a natural rock formation.