AncientPages.com - On November 30, 1853, the Battle of Sinop (Sinope) took place at Sinop, a sea port in northern Anatolia, when a squadron of Imperial Russian warships struck and defeated Ottoman ships anchored in the harbor. 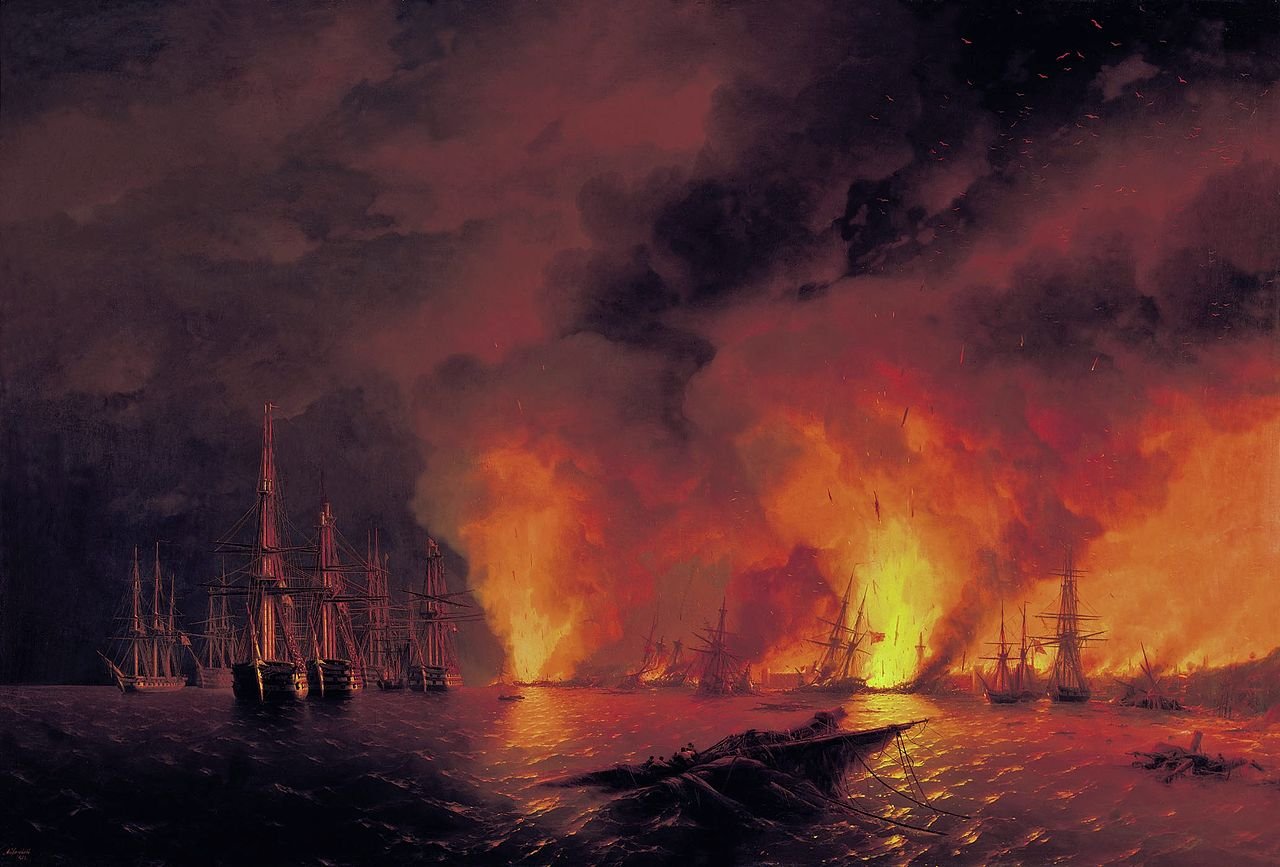 It was a significant Russian naval victory over the Ottoman Empire during the Crimean War; this event made France and Great Britain involved in the conflict. It was the last major battle between fleets of sailing ships. The event is commemorated in Russia as a Day of Military Honor.

On this day, a Turkish flotilla had been sent to Sinope, supposedly on a pacific mission. Osman pasha, the admiral, had been ordered to keep on his good behavior and not to fire unless fired upon. However, soon after he got there, he sent back a dispatch complaining of six Russia sail of line which was just off port:

'If reinforcements are not sent to us, and our position continues the same for some time, it may well happen that the Imperial fleet may incur disaster.' 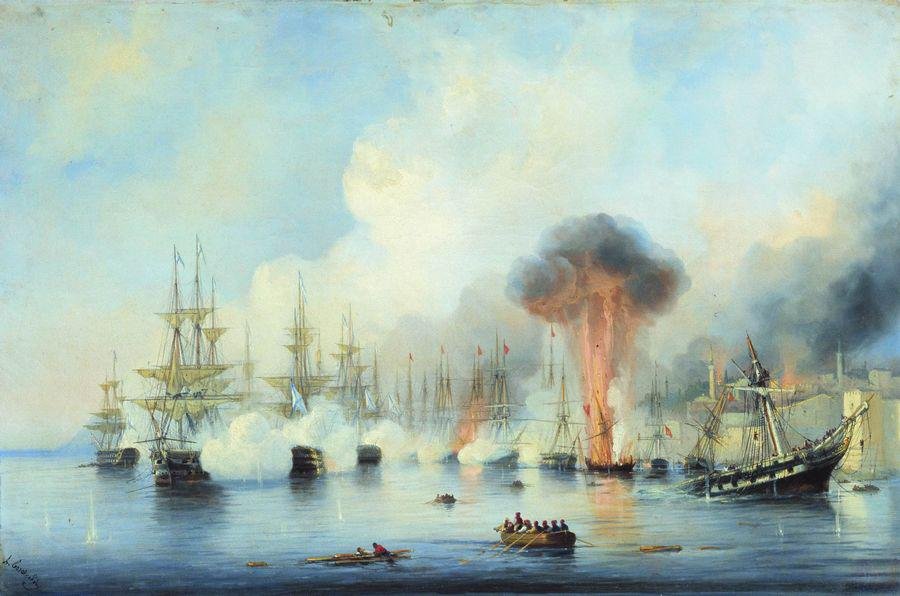 Despite his appeal, no ships were sent to aid the flotilla at Sinope against Russian warships from Sebastopol, barely a hundred miles away. In the meantime, the Russian squadron put in at Sinope and demanded that Osman hoist the white flag.

Osman refused and fired the first shot. Minutes later, the Russian battleships answered his guns. Before the morning was out, every Turkish ship had been destroyed, and 3,000 Turkish soldiers were killed.

Sinope was the most spectacular success in the history of the Russian Black Sea Fleet and also memorable for another reason. For 300 years, wooden sailing ships held unchecked sway over the seas. Sinope was the last time they did so. During the Crimean War, wooden ships lost their importance and armored men-of-war, driven by steam, took their place. Curiously enough, the Russians seemed to have recognized this new twist of fate.

Sinope had no sequel. The Russian fleet made no appearance in the Black Sea; before the Crimean War was over, the Russian warships were finished off by their crews. A historian of the technology of war has written: "Exact figures are lacking, but it appears that in 1854 and 1855 the Russian fleet lost in this way four ships of 120 guns, twelve 84s and four 60-gun frigates besides a large number of smaller vessels.'