AncientPages.com - Archaeologists have unearthed several ancient tombs in San José de Moro, a ceremonial center of pre-Columbian Moche civilization on the northern coast of Peru. These findings are highly significant as they clearly show Peru's Moche priestesses played a dominant and important role in their society. 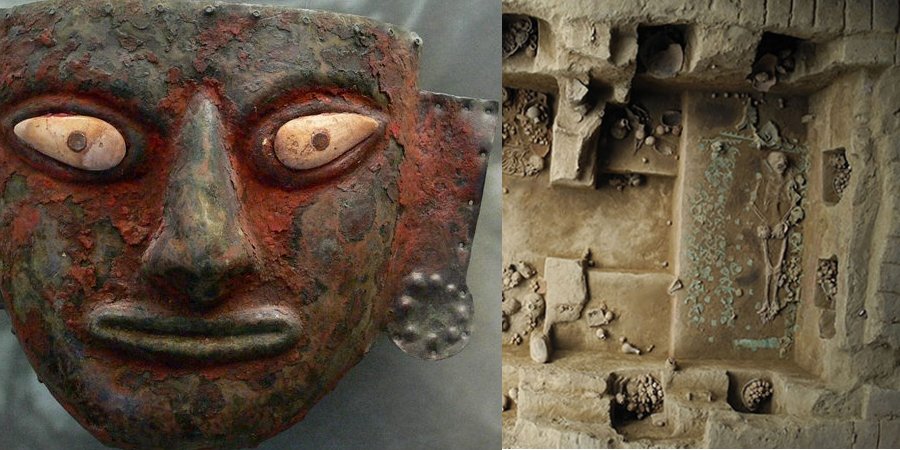 Also known as Early Chimu, Pre-Chimu, or Proto-Chimu, the Mochica - one of ancient Peru's most complex and developed cultures - flourished along the northern coast and valleys of ancient Peru, in particular, in the Chicama and Trujillo Valleys, from 100 AD to 800 AD. 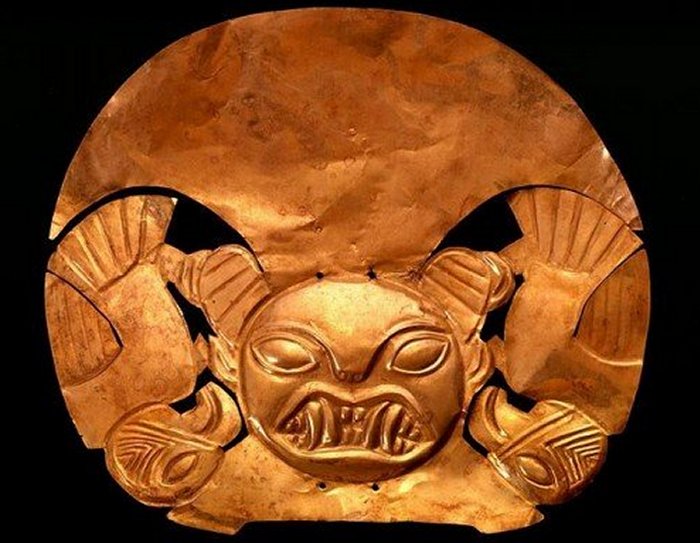 The Moche flourished and ruled the northern coast of Peru before the Incas, between the first and eighth centuries, at the same time the Mayas thrived in Mexico and Central America. They dominated the desert through a complex irrigation system, built adobe pyramids, and, like many ancient cultures, used religion to unify society.
According to Luis Castillo, a Peruvian archaeologist the discovery of the splendid burial shattered archaeologists' notions about the Moche, which until recently had been perceived as a society ruled by male warriors. 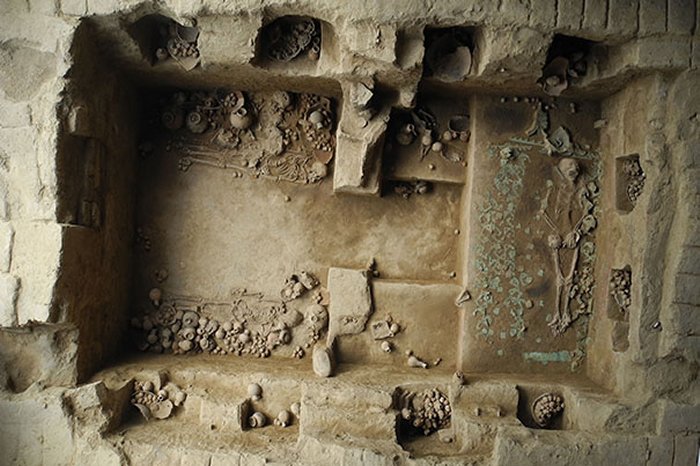 This royal tomb, the eighth discovered in 25 years, is believed to have belonged to a Moche priestess buried 1,200 years ago. The great quantity of artifacts and the complexity of the burial reveal the power and influence this woman wielded in life. Courtesy of Luis Castillo.

"When I started as a young student, 25, 30 years ago, we thought the Moche was a culture led by powerful kings, warriors, or priests," Castillo said.
Called the priestesses of San José de Moro, they highlight the prominent role of women in Moche society.

"These women were among the most important individuals in their society," said Castillo. "Their elaborate burials are narratives of their lives, and the ornaments they were buried with are indicators of their high status." 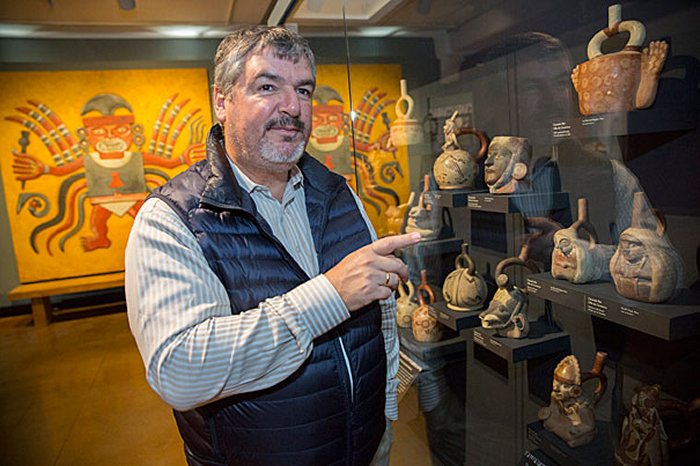 Luis Castillo, standing before ceramic pots depicting women on display at the Peabody Museum, discusses his research on high-status burials featuring female priestesses in ancient Peru and female power in the Andean culture.

The reason why archaeologists believe these women were powerful priestesses is because of their resemblance to figures depicted in rituals scenes found on Moche art.
The Moche civilization had no written language. However, they left thousands of ceramic vessels with intricate drawings portraying their daily lives and their cosmological beliefs.
In those depicting human sacrifice, a priestess wears a headdress and holds a silver goblet filled with victims' blood.