Agatha Christie was a detective mystery writer whose work sold over two billion copies and was translated into over a hundred languages.

Agatha Miller was born in 1890 in Torquay, UK to parents of the upper middle class, and she was educated at home; later she was sent to a finishing school in Paris. 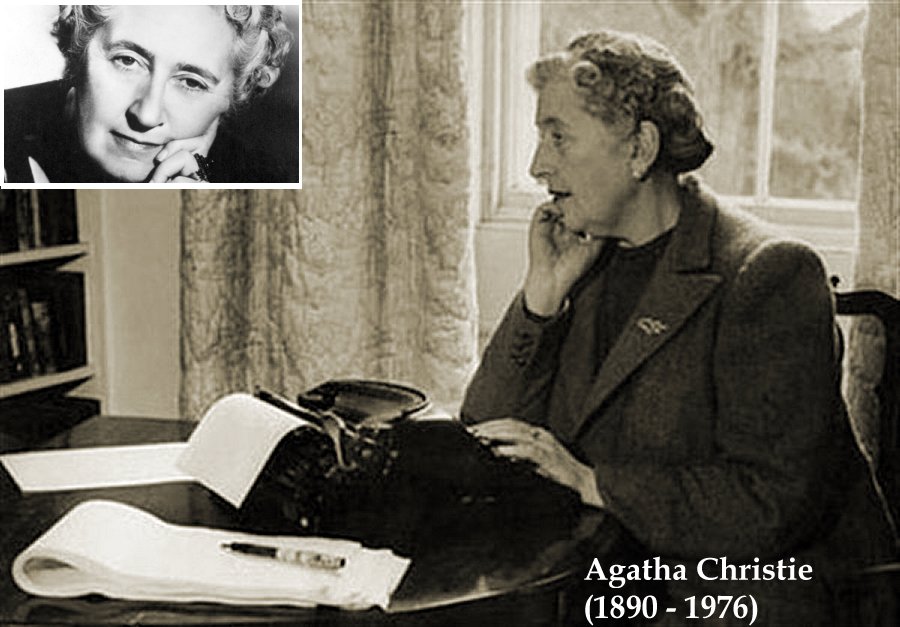 In 1914, she married Colonel Archibald Christie, a colonel in the Royal Flying Corps. Soon after her marriage, Christie became involved in war work, first at a hospital and then at a pharmacy. Here she learned of drugs, poisons and their properties and the uses to which they could be put, either for good or evil.

Agatha Christie had no ambition to be a writer but she made her debut in print at the age of eleven with a poem printed in a local London newspaper.

So what did really inspire her?

“Plots come to me at such odd moments, when I am walking along the street, or examining a hat shop...suddenly a splendid idea comes into my head,” Agatha Christie said in “An Autobiography”.

Finding herself in bed with influenza, her mother suggested she write down the stories she was so fond of telling. And so a lifelong passion began.

She did not spent much time with people but she was a natural observer and her descriptions of local rivalries, family jealousies and village politics, are very accurate. By her late teens she had had several poems published in “The Poetry Review” and had written a number of short stories. But it was her sister’s challenge to write a detective story that would later spark what would become her brilliant career.

Christie used to dictate her stories into a Dictaphone and then, a secretary typed this up into a typescript, and later corrected. She wrote quickly and it is known that in the 1950’s one book used to take her a couple of months, only.

Personally, she was also involved  in a real life mystery when she suddenly disappeared in 1926. Her car was found abandoned at a chalk pit and a search by the local police gave no clues as to her whereabouts. After a week, Christie was discovered, residing in a Harrogate hotel, registered in the name of the woman her husband planned to marry. This event has never been explained.

Famous ‘Queen of Crime’ wrote several best-seeling books and inspired many authors. She remains the most-translated individual author – having been translated into at least 103 languages.

The Guinness Book of World Records lists Christie as the best-selling novelist of all time.