After the fall of Constantinople in 1453, the Ottoman Empire launched an invasion through the Balkans against the Hungarian Kingdom. 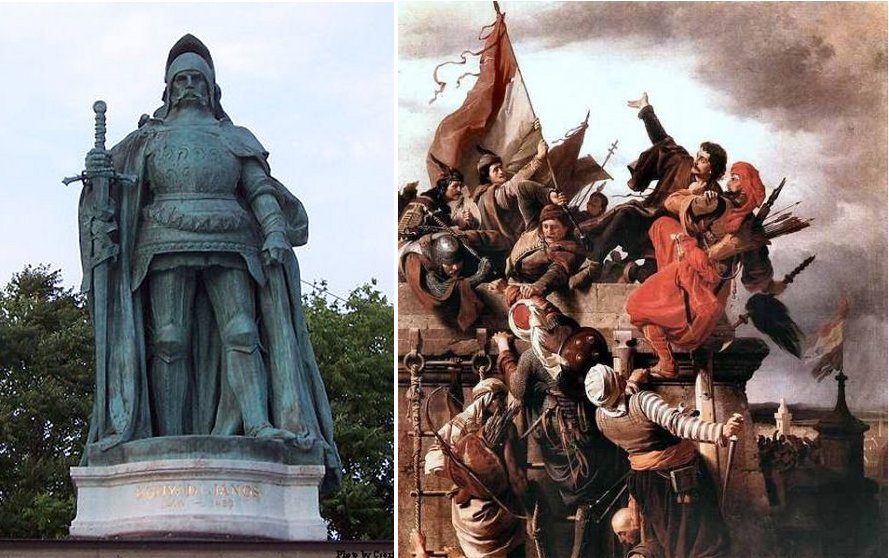 However, there were obstacles.

Sultan Mehemed II had to focus on the border fortress of Nándorfehérvár (today Belgrade, Serbia’s capital).

The Hungarian defense forces were led by János Hunyadi, the governor of Transylvania, who had fought many battles against the Ottomans in the previous two decades, prepared the defenses of the fortress.

The castle itself was under the leadership of captain Mihály Szilágyi, Hunyadi’s brother-in-law.

Janos Hunyadi, General of the Hungarian Army, assembled a relief force and, by mid July, had arrived in Belgrade with 10,000 men.

In a week's time, on July 21, the Turks launched a massive attack. The battle lasted throughout the night. Hunyadi put up an exceptionally brave struggle, assuming the roles of leader and fighter. Just as the horse-tailed banner of the Turks was being raised to the castle wall; one of the soldiers, Titus Dugovics, in an act of heroism, lunged at the Turkish soldier, dragging them both to their death.

Hunyadi had planned to attack on the following morning, but the Turks had already disappeared. Observing Hunyadi's dauntlessness and weighing the losses his army had suffered, the Sultan had ordered his troops to retreat. Not long after the victory was hailed across Europe, Hunyadi fell victim to the plague epidemic which had swept through the camp.

At the news of the victory, the Pope issued a proclamation for the noon bell to be rung throughout Christendom to proclaim Hunyadi's triumph.

This ancient custom has remained until today.

Hunyadi's victory at Belgrade made it possible to stall renewed Turkish conquests of Hungary for some 70 years.

Tags:1456, Battle of Belgrade, July 4, Siege of Nándorfehérvár, Victory Over