Ellen Lloyd - AncientPages.com - Ancient Scottish legends tell of mysterious supernatural sea creatures called the Blue Men of the Minch. Half humanoid, half mermen these odd beings used to frighten many sailors who attempted to cross one of Scotland’s roughest stretches of water, the Minch, between Lewis, the Shiant Islands and Long Island.

Some historians have proposed the Blue Men of Minch were not mythological creatures at all, but rather real humans who were mistaken for someone else…

Interestingly, the Blue Men of Minch, also known as Storm Kelpies are unheard of in other parts of Scotland and there are without counterparts in the rest of the world. They should not be confused with the Fin Folk, mythical amphibious sea people on Orkney and Shetland.

As the name suggests, the mysterious sea creatures have blue skin. 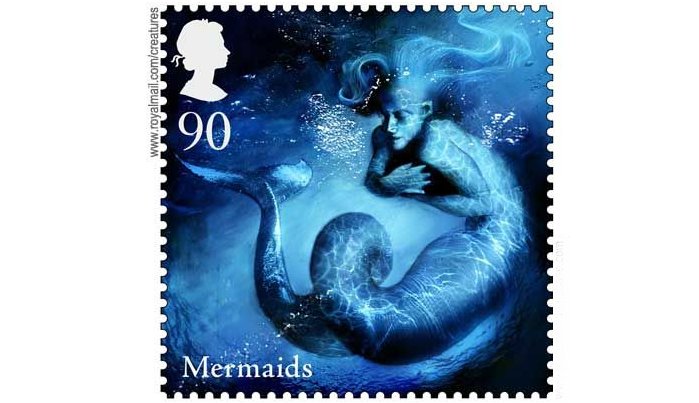 “They are of human size, and they have great strength. By day and by night they swim around and between the Shant Isles, and the sea there is never at rest. The Blue Men wear blue caps and grey faces that appear above the waves that they raise with their long restless arms.

In summer weather they skim lightly below the surface but when the wind is high they revel in the storm and swim with heads erect, splashing the waters with mad delight. Sometimes they are seen floating from the waist out to sea, and sometimes turning around like porpoises when they dive,” Donald Alexander Mackenzie wrote in his book Wonder Tales from Scottish Myth and Legend.

The Blue Men Of Mich are said to live in deep underwater caves in a clan system ruled over by a chief. They also possess the power to create storms, but when the weather is fine they float sleeping on or just below the surface of the water.

Stories of the Blue Men of Minch have been passed down the generations. Local people say that the Blue Men can only be beaten by making sure the last word is achieved in a rhyming duel.

In the book Superstitions of the Highlands and Islands of Scotland John Gregorson Campbell gives a report of the Blue Men received from a person who was convinced that he had himself seen one. The eye-witness described the sea creature as blue-colored with a long grey face, and said that it followed his boat for a long time, floating out of the water as far as its waist. It was sometimes so close that he could have touched it, although he did not try to do so. 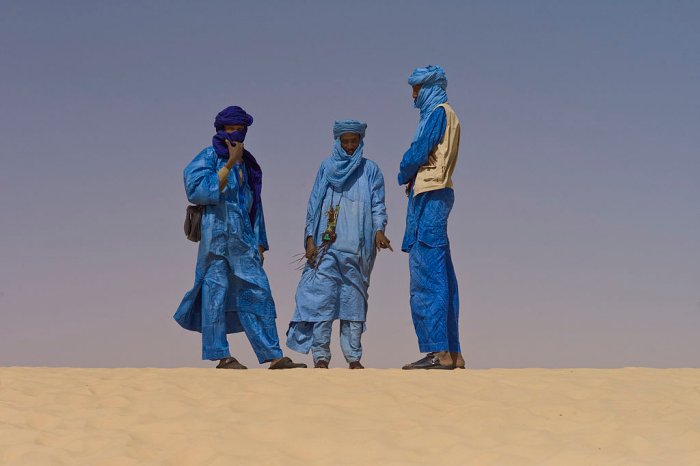 The mythical blue men may have originated with the Tuareg people of the Sahara. Image credit: Wikipedia

Author and researcher Lewis Spence maintains that they are personifications of the sea itself, being the color of the waves.

However, historian Malcolm Archibald hypothesizes the legend may have been born when the Vikings arrived with slaves captured from North African ships. These Berbers would have worn blue, veiled clothes, like the Tuareg, sometimes known as the ‘blue men of the desert’.