Swords played a significant role in Norse Sagas as well as in the lives of the Vikings. To give a sword a name was nothing unusual considering that they were expensive, time-consuming to produce, and associated with a distinguished warrior.  One of the most famous swords is the Ulfberht sword. 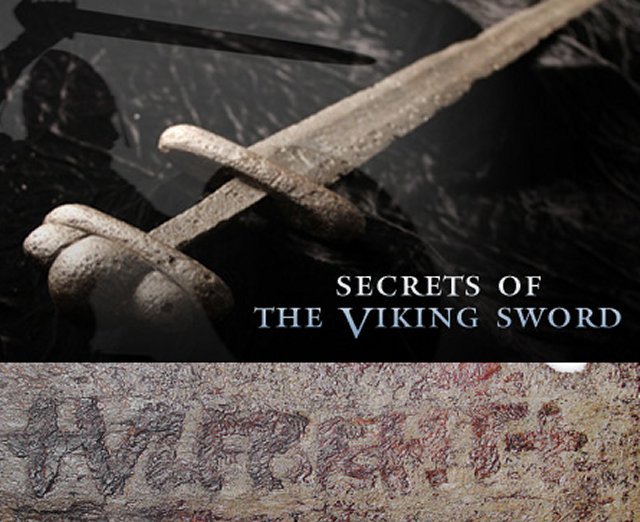 The mysterious Ulfberht sword was a very advanced weapon thousands of years of its time. Read more

Researchers have so far identified about 100 named swords in Norse mythology. In this article, Ancient Pages examines two of these magical and extraordinary swords.

Hervor And Her Magical Sword Tyrfing

In the Hervarar saga,  a legendary Norse saga from the 13th century containing traditions of wars between Goths and Huns, from the 4th century, and used as a source for Swedish medieval history we across the tale of shieldmaiden Hervor, a young woman who always participated in battles.

Hervor possessed a magical sword named Tyrfing. It was an extraordinary weapon that made any warrior who fought with it invincible. Tyrfing was always shining brightly, just like the Sun, and every time its edge was uncovered someone got killed. No living creature could survive even the slightest wound made by the sword.

It was commonly believed that Tyrfing was forged and cursed by the dwarves Dvalinn and Durin for king Svafrlami, one of Odin’s sons. Dwarves were well-known for their outstanding ability to produce remarkable weapons. 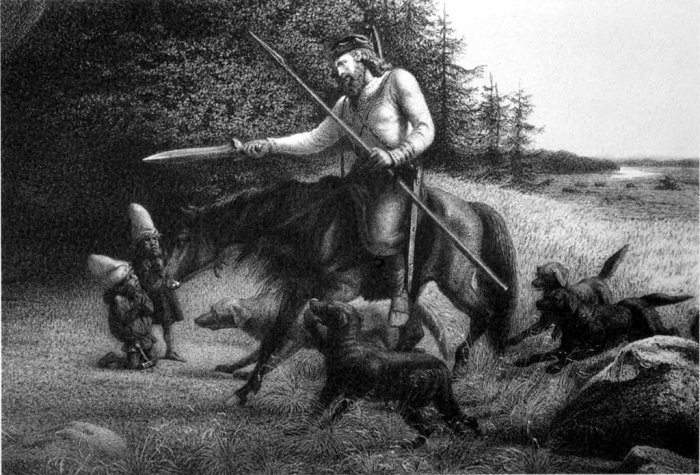 The sword never missed its target and ensured its bearer victory, which naturally made it a desirable weapon.

The first owner of Tyrfing was most likely king Svafrlami. One day, he was hunting on his horse and discovered two dwarves near a large stone. He bound them by swinging his sword above them so they could not disappear. The dwarves, who were named Dvalinn and Durin, asked if they could buy themselves free and undertook to make a magic sword. The sword would neither break nor rust and it would cut through iron and stone as easily as through cloth and would always give victory.

When Svafrlami acquired the sword, he saw that it was an exquisite and beautiful weapon and it was named Tyrfing. However, before disappearing into the rock, the dwarves cursed the weapon so that it would never be unsheathed without killing a man, would be the undoing of Svafrlami, and cause three evil deeds. 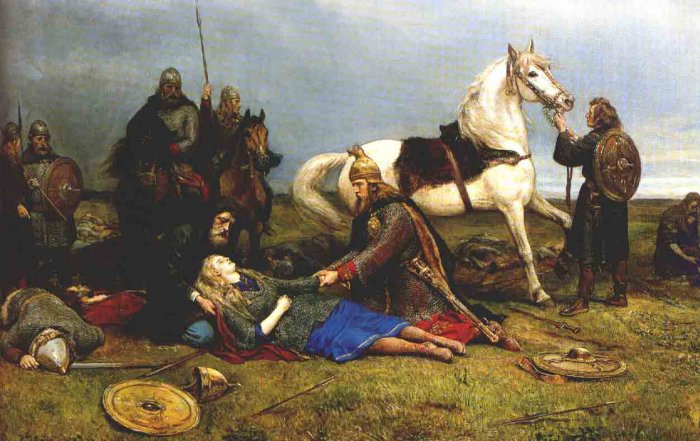 Apparently, Hervor took the Tyrfing from the grave of Angantyr, her father. Angantyr had inherited the sword from his father the berserker Arngrim.

What happened to the sword when Hervor died remains a mystery.

Gram – The Magical Sword That Killed The Dragon

In the Edda, there is also a tale of another magical sword named Gram which meant “enemy”.

The Gram sword is depicted on an old runestone standing on a hill just outside the Swedish city of Eskilstuna.

Old runestone In Sweden depicts the battle and death of the dragon.

According to a Norse legend, a dwarf named Fafner killed his father so he could steal a huge, valuable gold treasure. Fafner was later changed into a dragon. His brother Regin was furious and sought revenge.

Together with a young boy named Sigurd, he located the hiding place of the stolen treasure. Regin forged a very strong sword so he could kill the dragon and get back the treasure. He named the sword Gram and killed the dragon with it.

The legend is well-known in Scandinavia and the event is depicted on a thousand-year-old runestone in Sweden.