Humans are social creatures, but little is known about when, how, and why different populations connected in the past. Answering these questions is crucial for interpreting the biological and cultural diversity that we see in human populations today. DNA is a powerful tool for studying genetic interactions between populations, but it can’t address any cultural exchanges within these ancient meetings. 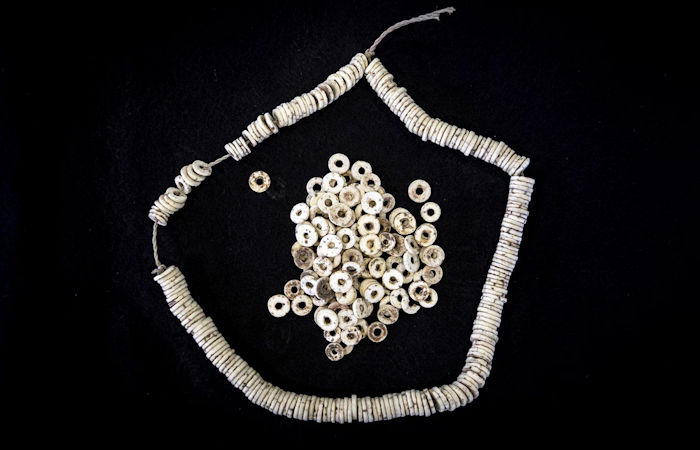 Now, scientists from the Max Planck Institute for the Science of Human History have turned to an unexpected source of information—ostrich eggshell beads—to shed light on ancient social networks. In a new study published in Nature, researchers Drs. Jennifer Miller and Yiming Wang report 50,000-years of population connection and isolation, driven by changing rainfall patterns, in southern and eastern Africa.

Ostrich eggshell beads: a window into the past

Ostrich eggshell (OES) beads are ideal artifacts for understanding ancient social relationships. They are the world’s oldest fully manufactured ornaments, meaning that instead of relying on an item’s natural size or shape, humans completely transformed the shells to produce beads. This extensive shaping creates ample opportunities for variations in style. Because different cultures produced beads of different styles, the prehistoric accessories provide researchers a way to trace cultural connections.

“It’s like following a trail of breadcrumbs,” says Miller, lead-author of the study. “The beads are clues, scattered across time and space, just waiting to be noticed.” 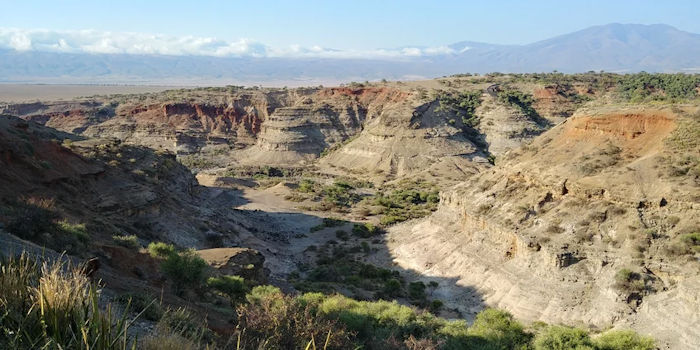 To search for signs of population connectivity, Miller and Wang assembled the largest ever database of ostrich eggshell beads. It includes data from more than 1500 individual beads unearthed from 31 sites across southern and eastern Africa, encompassing the last 50,000 years. Gathering this data was a painstakingly slow process that took more than a decade.

Climate change and social networks in the Stone Age

By comparing OES bead characteristics, such as total diameter, aperture diameter and shell thickness, Miller and Wang found that between 50,000 and 33,000 years ago, people in eastern and southern Africa were using nearly identical OES beads. The finding suggests a long-distance social network spanning more than 3,000 km once connected people in the two regions.

“The result is surprising, but the pattern is clear,” says Wang, co-corresponding author of the study. “Throughout the 50,000 years we examined, this is the only time period that the bead characteristics are the same.”

This eastern-southern connection at 50-33,000 years ago is the oldest social network ever identified, and it coincides with a particularly wet period in eastern Africa. However, signs of the regional network disappear by 33,000 years ago, likely triggered by a major shift in global climates. Around the same time that the social network breaks down, eastern Africa experienced a dramatic reduction in precipitation as the tropical rain belt shifted southward. This increased rain in the large area connecting eastern and southern Africa (the Zambezi River catchment), periodically flooding riverbanks, and perhaps creating a geographic barrier that disrupted regional social networks. 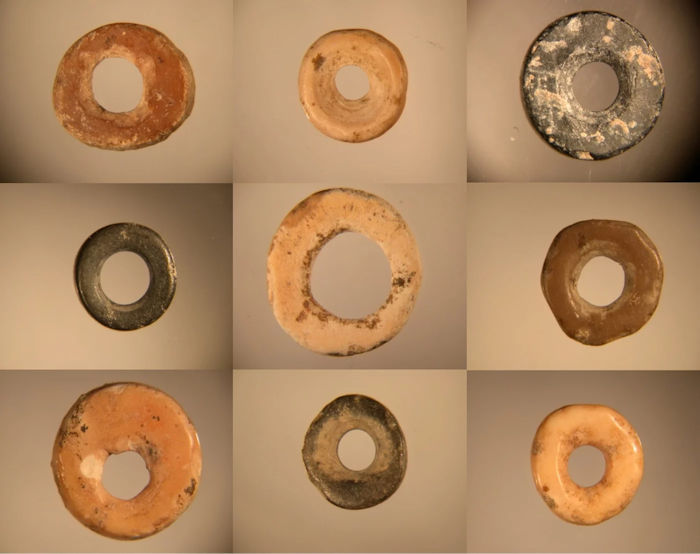 “Through this combination of paleoenvironmental proxies, climate models, and archaeological data, we can see the connection between climate change and cultural behavior,” says Wang.

Weaving a story with beads

Together, the results of this work document a 50,000-year-long story about human connections, and the dramatic climate changes that drove people apart. The data even provides new insight into variable social strategies between eastern and southern Africa by documenting different bead-use trajectories through time. These regional responses highlight the flexibility of human behavior and show there’s more than one path to our species’ success.

“These tiny beads have the power to reveal big stories about our past,” says Miller. “We encourage other researchers to build upon this database, and continue exploring evidence for cultural connection in new regions.”