Ellen Lloyd - AncientPages.com - Arsinoe II was an interesting personality in the history of ancient Egypt. She rose to power through dubious means. Historical records show murder, manipulations and conspiracies followed in her footsteps. 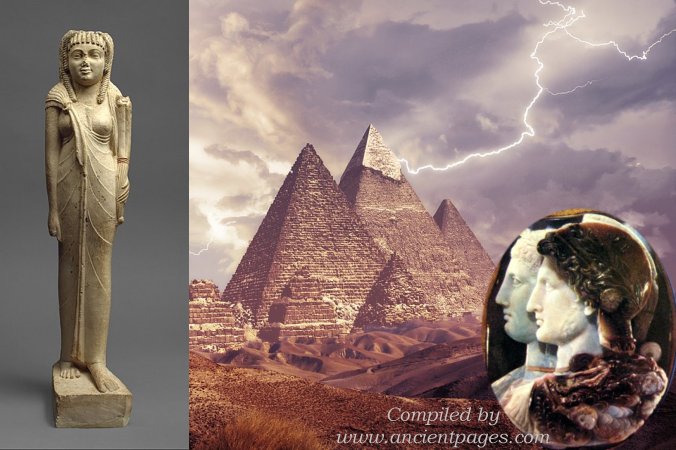 Looking through the eyes of ancient Egyptians, Arsinoe II was almost superhuman, and there is little doubt she was a true fighter, but there is also enough historical evidence to say she was a cunning and deceptive woman who hid her true dark nature.  Arsinoe II has been accused of many crimes, but are all stories about her really true? Did the tragedy she experienced turn her into a courageous woman or was she evil from the beginning?

Who Was Arsinoe II?

Born in Memphis around 316 B.C., there is little information about Arsinoe’s early years. Shew as the first daughter of Pharaoh Ptolemy I Soter and his wife his second wife Berenice I of Egypt. Though it has not been confirmed, historians think she received good education as a young girl.

When Arsinoe was 15 years, she married King Lysimachus who was 60 years. Together they had three sons,  Ptolemy, Epigonos, Lysimachus, and Philip. Arsinoe wanted her son to ascend the throne, but Lysimachus' first son, Agathocles was an obstacle. Arsinoe was not particularly fond of Agathocles who had previously also rejected her advances. In 284, Agathocles he was poisoned and executed for treason.

It is unclear whether his stepmother Arsinoe II had something to do with his death or if his own father was acting independent believing his son was conspiring against him. What is known is that once Agathocles was out of the way, Arsinoe’s son could become the new ruler. However, events that followed were unfortunate for Arsinoe. After her husband, King Lysimachus died in battle in in battle in 281 B.C, she fled to Cassandreia, one of the most important cities in ancient Macedonia, founded by and named after Cassander in 316 B.C.

More trouble and tragedy followed and Arsinoe’s life started to become miserable, but she was a strong-willed woman who was determined to survive. Her two sons were murdered by Ptolemy Keraunos, her half-brother whom she had married after the death of her first husband. According to historians, King Ptolemy Keraunos was informed his wife conspired with her sons against him, and decided to kill her children.

In "A Portrait of Arsinoe Philadelphos”, Dorothy Burr writes that “her older son, Ptolemy escaped.

She herself was in grave danger of her life at the hands of her new husband, but luckily the Gauls intervened, killed Keraunos and carried his head about a mascot on their further campaigns. Arsinoe and her son escaped to Egypt. There she again exercised her charms and energy to control her brother, King Ptolemy II. Soon she had guided him to expel his wife, who was her step-sister, to marry herself, and to adopt her son as his heir.”

The fact that she was the king’s full sister did not give her or him any second thoughts and they married in 276, or 275 B.C.

As queen of Egypt, she acted alongside her brother in ritual and public display. Arsinoe II became a respected and influential ruler who had towns dedicated to her. She also had her own cult and her image appeared on coins.

She was intelligent and interested in foreign policy. According to historians, by re-organizing the army, she contributed to her brother’s victory in the First Syrian War between Egypt and the Seleucid Empire.

After her death, on July 9, 270 B.C., as recorded on the Medes stele, her brother continued to refer to her in documents and Arsinoe II became worshiped as a goddess in ancient Egypt.

Today, it’s difficult to say with certainty whether Arsinoe II did commit everything she has been accused of. Maybe sad events forced her to do things she would never have done in the first place. Maybe she was just a woman who tried to survive living under difficult conditions, but whatever the truth may be, documented events reveal she did rose to power under unusual circumstances, and intrigues were common in her life.