David Tee - AncientPages.com - The 10 ancient jugs discovered in the old city of Shiloh’s ancient boundaries have brought the city, the tabernacle and ancient Israel to the public’s eye once again.

Since these jugs pre-date Solomon’s temple, they lead the archaeologists to speculate that they may have uncovered vessels that were once used by the priests of the tabernacle. 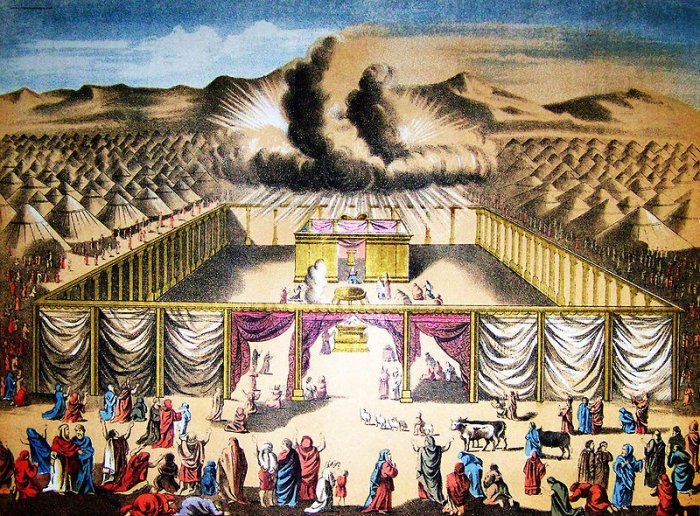 The Tabernacle in the Wilderness. Illustration from the 1890 Holman Bible. Credit: Public Domain

But that is not the only discovery that encourage archaeologists to think like that. A little cup known as a Kabaat, a cup used in rituals and religious ceremonies, and a stone altar found years earlier make finding the location of the tabernacle a priority.

Why And How Can Shiloh Shed Light On The Location Of The Biblical Tabernacle?

Shiloh ("place of peace") was an ancient city in Samaria mentioned in the Hebrew Bible. The city itself was established by Joshua. He was the one, after the conquest, who decided that location was going to be his governmental and religious center for the new country. The location Joshua chose was 18 ½ miles from Jerusalem, a city not conquered at the time of the conquest. 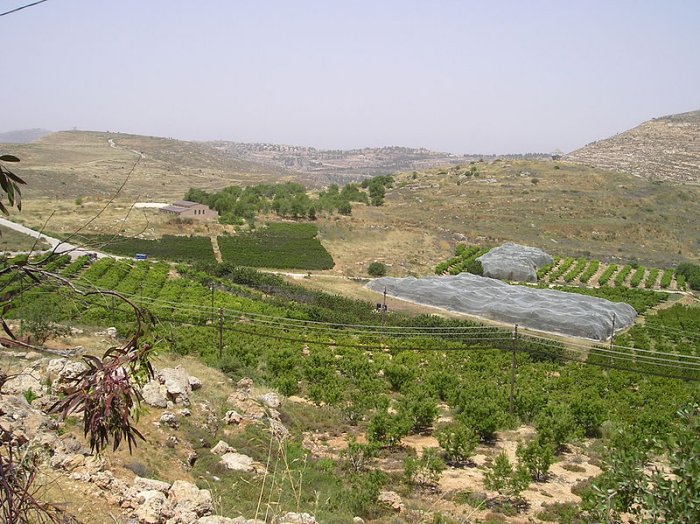 Plus, the area Joshua chose was uninhabited and located on a main north/south road winding its way through the hill country. Unfortunately, the city was not founded on a hill, but lies in the low land vulnerable to the high positions surrounding it.

Joshua 18 has recorded Joshua’s erection of the tabernacle at this site. Once completed, the Ark of the Covenant was placed inside the holy of holies, a room only one priest was allowed to enter. An altar was built in front of the tabernacle, which may be tied to the one found a few years ago.

Searching For The Tabernacle’s Location

For some years now, the Israel Unit of Israel’s Civil Administration and the Shiloh Association have been seeking the southern wall. It may or may not lead to the location of the ancient tabernacle.

One reason for why that may be looking in the wrong place as some archaeologists suggest that the evidence places the tabernacle on the north of the ancient tell just outside of the city on a rock shelf.

They point to the fact that ancient quarrying had been carried out on this rock shelf, possibly to make it ready for the tabernacle. But like the old tent pole holes that have been discovered at the site, the use of the rock shelf may have been done merely to gain rock for construction. 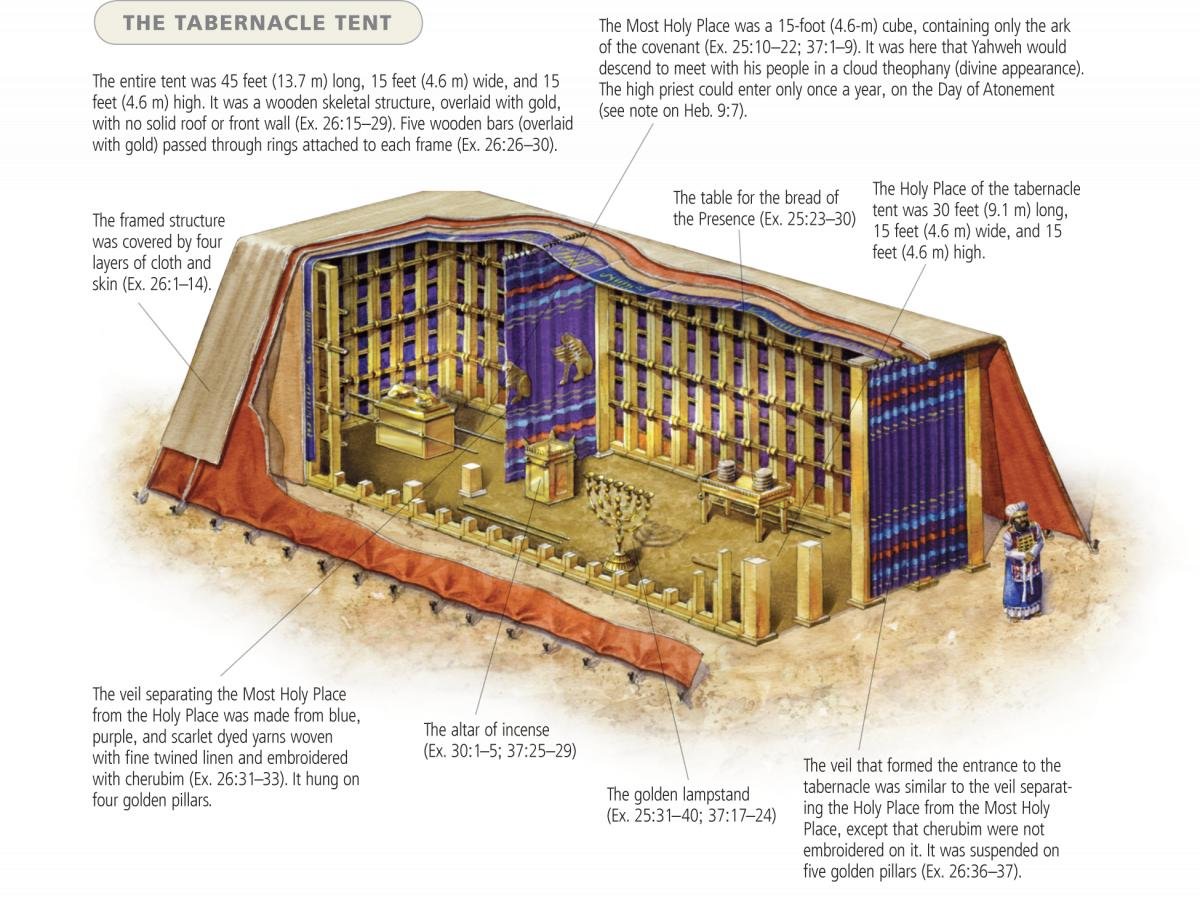 The tent holes are very difficult to date and could have been used for a variety of buildings and reasons. This is what makes archaeology so difficult. Without ancient written records to clarify a discovery’s use, then holes only can say that they were in use at the time Joshua had the tabernacle constructed.

In the 1920s and 30s a Danish excavation team lead by archaeologist Hans Kjaer were able to confirm that the Philistines attacked, destroyed Shiloh and took the ark with them. It is thought that the Philistines destroyed the city because of the words in Jeremiah, (chapter 7, verse 12ff), which described a new city housing the Ark of the Covenant.

Another fact leading to this conclusion is that the Ark was placed in the city of Kiryat Yearim.

What The 10 Jugs Confirm

The discovery of the 10 jugs help confirm the destruction of the city of Shiloh at the hands of the Philistines. The archaeologists think that these jugs are evidence that the residents were unable to bring their personal belongs with them as the Philistines ruined their homes. 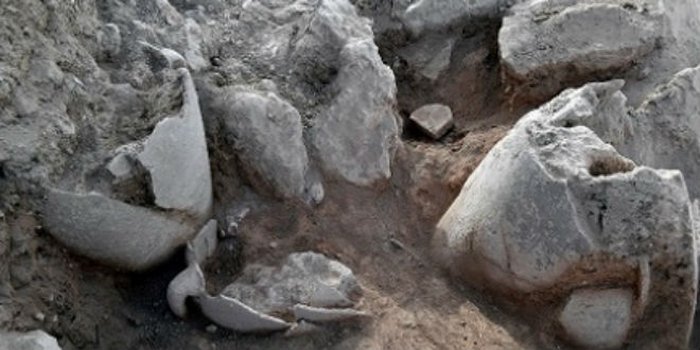 The same is said of the ritual cup found nearby. It is clear from the destruction layer that the people fled with little.

The 10 jugs do helps us remember that Shiloh played a very important role in the life of the ancient Hebrews. It was the religious center of the country and the people were expected to make a pilgrimage once a year to offer sacrifices for forgiveness of their sin and other Mosaic requirements.

The city is also remembered in the book of Judges, (chapter 21, verses 10-21) for being the target of the single Benjaminite men needing wives. The men were instructed to lie in wait in the vineyards and when the virgin women came out to dance, each man was to pick one for themselves.

Prophecy In The News

Did the Philistines Destroy the Israelite Sanctuary at Shiloh?—The Archaeological Evidence (1975). BAR, 1(2).