AncientPages.com - Ever since the discovery in 1907, scientists have debated who was really buried in the Egyptian tomb of the two brothers. Now, ancient DNA can finally help us solve a 4,000-year old mystery.

The ancient burial site, later dubbed The Tomb of The Two Brothers, was discovered at Deir Rifeh, a village 250 miles south of Cairo.

Inside the tomeb were two male mummies. 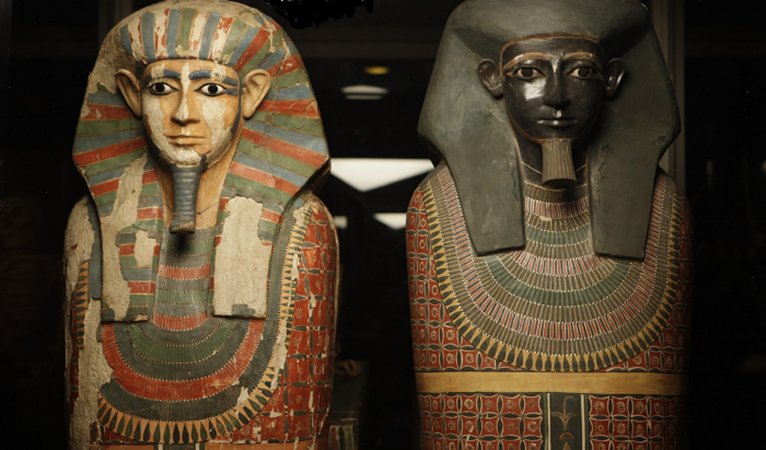 The Two Brothers are the Museum's oldest mummies and amongst the best-known human remains in its Egyptology collection. They are the mummies of two elite men -- Khnum-nakht and Nakht-ankh -- dating to around 1800 BC. Credit: Manchester Museum, The University of Manchester

According to a hieroglyphic inscription on the coffins indicated that both men were the sons of an unnamed local governor and had mothers with the same name, Khnum-aa. It was then the men became known as the Two Brothers.
When the complete contents of the tomb were shipped to Manchester in 1908 and the mummies of both men were unwrapped.

Egyptologist Dr Margaret Murray and her team concluded that the skeletal morphologies were quite different, suggesting an absence of family relationship. Based on contemporary inscriptional evidence, it was proposed that one of the Brothers was adopted.

Therefore, in 2015, the DNA was extracted from the teeth and, following hybridization capture of the mitochondrial and Y chromosome fractions, sequenced by a next generation method.

Dr Konstantina Drosou, of the School of Earth and Environmental Sciences at the University of Manchester who conducted the DNA sequencing, said: "It was a long and exhausting journey to the results but we are finally here. I am very grateful we were able to add a small but very important piece to the big history puzzle and I am sure the brothers would be very proud of us. These moments are what make us believe in ancient DNA. "

The Two Brothers are the Museum's oldest mummies and amongst the best-known human remains in its Egyptology collection.