AncientPages.com - Egyptian and American archaeologists made two new important discoveries in Aswan, include royal administrative complex in the ancient Egyptian city of Tel Edfu and a collection of artefacts in the Kom Ombo temple, according to a statement by Egypt's Ministry of Antiquities. 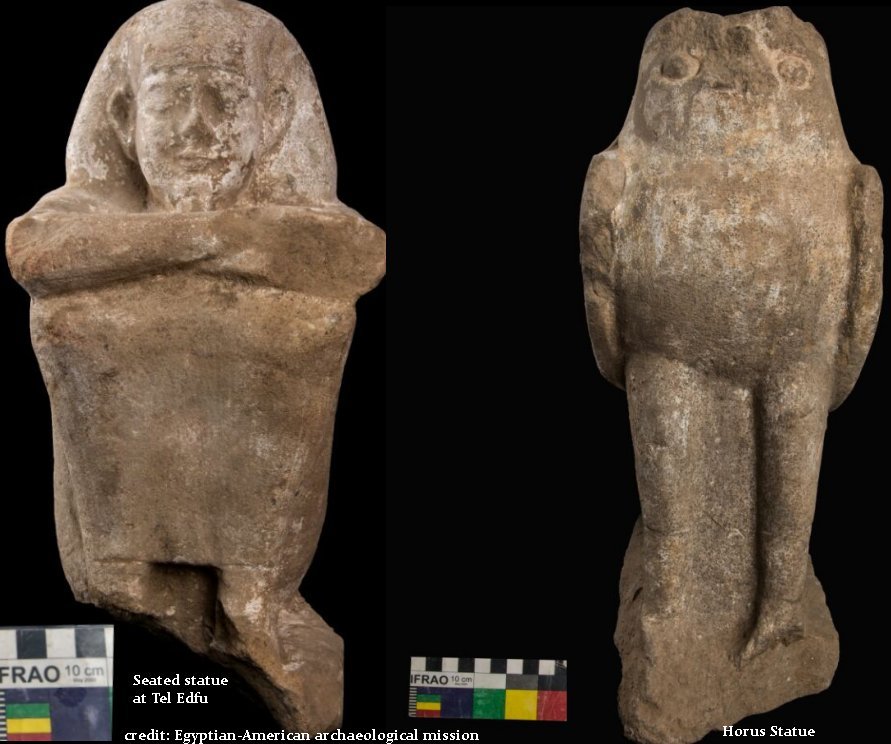 The royal complex at Edfu is dated to the Fifth Dynasty (2498–2345 BC) and according to Mostafa Waziri, secretary-general of the Supreme Council of Antiquities, the newly discovered complex as “the oldest archeological evidence to be found in Tel Edfu till now,” reports Ahram Online.

The complex sheds light on the royal expeditions organized during the Fifth Dynasty reign of King Djedkare Isesi, who reigned from the late 25th to the mid-24th century BCE, said Nadine Moeller, head of the American mission, adding that the recent discovery at Tel Edfu is  the most important since the current mission began excavating the site 2014. 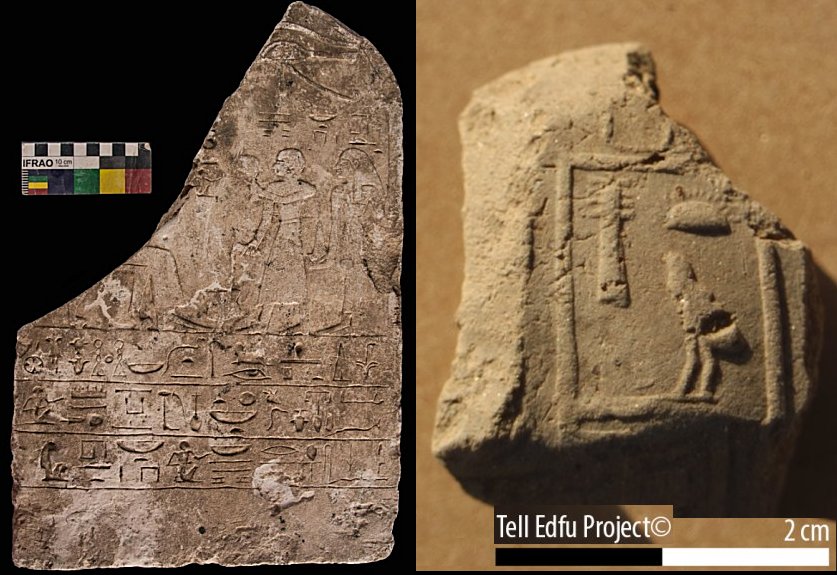 King Isesi also ordered a famous expedition to Punt, an ancient kingdom on the Horn of Africa, to retrieve goods not available in Egypt.

Also found at the site was an official list of the names of the workers who participated in the excavation and mining expeditions, including a commander by the name of "Sementio."

Nubian pottery and shells from the Red Sea were also found, as well as fragmentary evidence of mining activities.

In the meantime, Egyptian archaeologists working on the Kom Ombo temple’s western side, discovered four ancient artefacts - including a limestone stele depicting a man and his wife presenting offerings to a seated deity.

The stele measures 40-by-27 cm and the upper part of its left side is missing. A sandstone statue depicting a seated man was also found, as well as two sandstone statues of the god Horus in the form of falcon which lacks any inscriptions.

The Temple of Kom Ombo was constructed during the Ptolemaic Dynasty between 180-47 BCE, during Egypt's Hellenistic period.