It is an incredible discovery because examination revealed the precious artifacts are the earliest example of Iron Age gold ever found in Britain.

The ancient treasure, found in December 2016, in a field in Staffordshire, England consists of four twisted metal neckbands, called torcs and a bracelet. The gold jewelry was most likely owned by wealthy powerful women who moved from France or Germany to marry rich Iron Age chiefs. 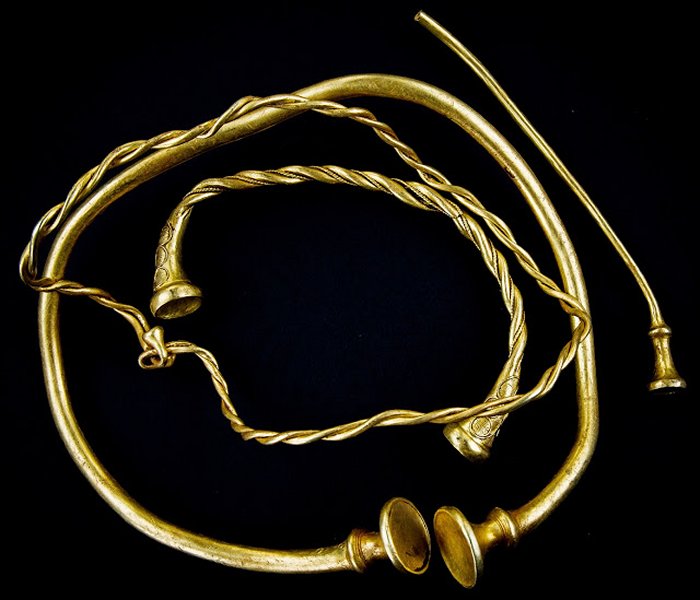 Joe Kania and Mark Hambleton who discovered the Iron Age treasure were taken by surprise when they saw the gold artifacts.

“We weren’t expecting to find anything. I was just about ready to give up for the day when Joe said he thought he had found something," said Mr. Hambleton. "We both looked at it and were speechless.” 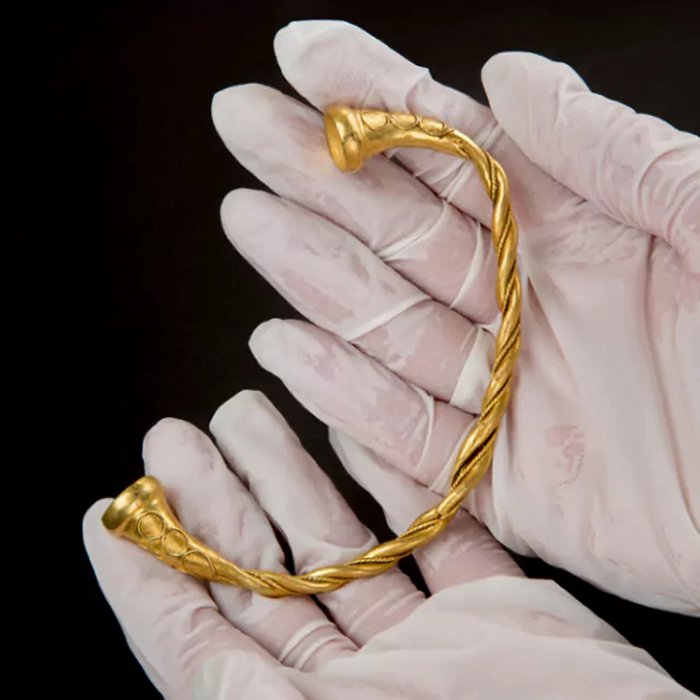 The neck bands would have been warn by wealthy women from continental Europe. Image credit: Staffordshire County Council

After searching around the area they found the three remaining torcs. 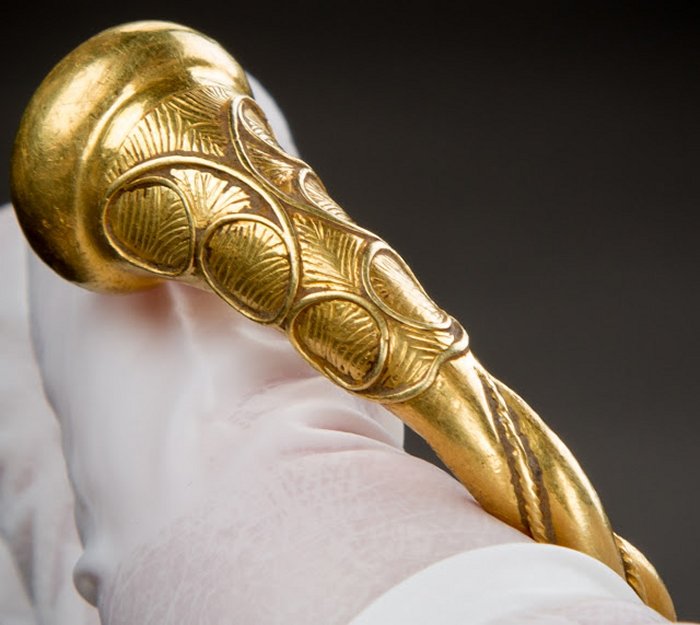 "It dates to around 400–250 BC, and is probably the earliest Iron Age gold work ever discovered in Britain.

Mr. Kania added: “We have found the odd Victorian coin, but mostly it has just been junk. So I couldn’t believe it when I picked out this mud covered item and on cleaning it off, I thought this might actually be gold.”

Stuart Heath, who farms 640 acres of land in the Moorlands, said: “Mark has detected on our land before and it is amazing to think these gold pieces have been lying undiscovered since long before we farmed here”.

“Archaeologists have surveyed the site and all though this is very much a one- off find, we will all be fascinated to hear more about how the collection found its way from Europe to Staffordshire thousands of years ago.”

The torcs were buried nested together and archaeologists believe they may have been buried for safekeeping, or as an offering to a God, or an act of remembrance for someone who had died.

The Celtic hoard is estimated to be worth hundreds of thousands of pounds.

Under the law in England and Wales, the finder and the owner of the land could be eligible for financial compensation if the archaeological artifacts are bought by a museum.