Conny Waters - AncientPages.com - Archaeologists from the National Institute of Anthropology and History (INAH) led by the archeologist José Huchim Herrera, unearthed an elaborate stele with reliefs on both sides, in the Archaeological Zone of Uxmal, in the Yucatan peninsula.

It is of great value that the stele was found 'in situ' (in the place, where the ancient Mayans traditionally placed the monument in pre-Hispanic times.) 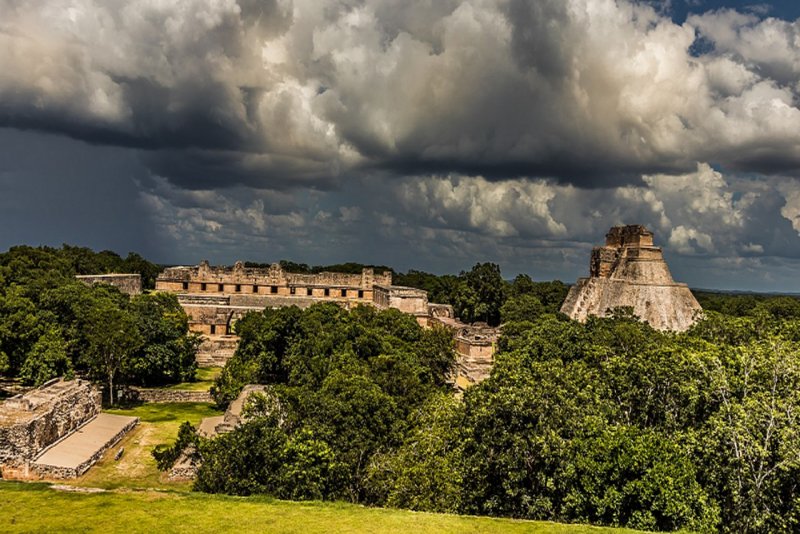 According to Diego Prieto, the director of the National Institute of Anthropology and History INAH,  the Maya stela “is a commemorative dual stela because it is carved on both sides.”

The monument could represent the duality between life and death.

The north-facing side of the monument features the figure of a goddess it h big eyes, a bare chest, and barbels at the corner of the mouth, Prieto said. The imagery likely represents death, as such depictions were common in the Puuc and Chenes cultural regions in the southern Yucatán peninsula. The woman depicted is also holding a quetzal bird in her left hand and wears a pectoral decoration with three rows of pearls, bracelets with pearl details and a long skirt.

On the south-facing side, Prieto continued, the stela shows the image of a god with a wide-brimmed headdress adorned with feathers and an owl’s head, as well as bracelets, loincloth, and leg bandages. The man wears a cape and holds a cane in his left hand and a bundle of some kind in his right hand, writes  Mexico News Daily. 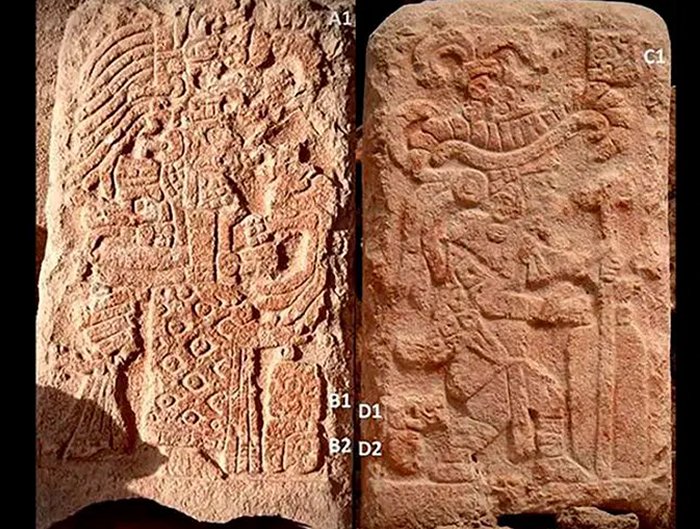 In ancient times, Uxmal was one of the largest cities on the Yucatán Peninsula. At its height, Uxmal was home to about 25,000 Maya.

The city of Uxmal was one of the most noteworthy places, though not as powerful as cities like Tikal. Even today, the ruins display the city's prominent architecture, which unfortunately does not shed much light on Uxmal's mysterious past.

Despite the existence of oral legends and Mayan chronicles, it’s still unclear when exactly Uxmal was established, how many people lived there, and when it was abandoned.

Located 62 kilometers south of Mérida, the city of Uxmal is part of the Puuc Route (a collection of five ancient Maya sites in Yucatán) and was founded in A.D. 700. Uxmal was designated a UNESCO World Heritage Site in 1996.