Jan Bartek - AncientPages.com - The scientific debate concerning when the first people reached the American continent continues. A new analysis of archaeological sites in the Americas challenges relatively new theories that the earliest human inhabitants of North America arrived before the migration of people from Asia across the Bering Strait.

Conducted by University of Wyoming Professor Todd Surovell and colleagues from UW and five other institutions, the analysis suggests that misinterpretation of archaeological evidence at certain sites in North and South America might be responsible for theories that humans arrived long before 13,000-14,200 years ago. 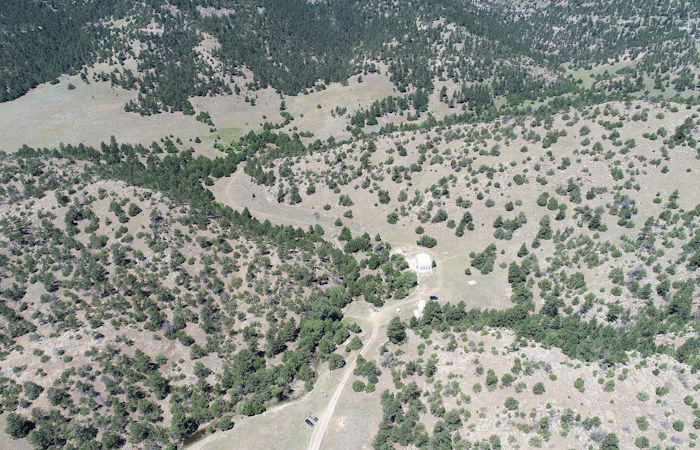 The Hell Gap archaeological site in eastern Wyoming is one of the sites included in a new study that supports the hypothesis that humans first arrived in the Americas by at least 14,200 years ago in Beringia and by about 13,000 years ago in the temperate latitudes of North America. Credit: Todd Surovell

The researchers' findings appear today in PLOS ONE, a journal published by the Public Library of Science. The paper is the latest development in the debate over the peopling of the Americas, in which some are now questioning the long-held consensus that the first Americans were hunter-gatherers who entered North America from Asia via the Beringia land bridge up to 14,200 years ago, and then dispersed southward between two large glaciers that then covered much of the continent.

The conclusions of Surovell and colleagues are based on an analysis of buried archaeological deposits, using a new statistic called the Apparent Stratigraphic Integrity Index they developed. While the stratigraphic integrity of early archaeological sites in Alaska is high—producing strong evidence in support of unambiguous human occupation—the sites in more southern locations pointing to possible earlier human occupation show signs of artifact mixing among multiple time periods.

"If humans managed to breach the continental ice sheets significantly before 13,000 years ago, there should be clear evidence for it in the form of at least some stratigraphically discrete archeological components with a relatively high artifact count. So far, no such evidence exists," Surovell and colleagues wrote. "(Our) findings support the hypothesis that the first human arrival to the New World occurred by at least 14,200 years ago in Beringia and by approximately 13,000 years ago in the temperate latitudes of North America. Strong evidence for human presence before those dates has yet to be identified in the archaeological record."

Specifically, the new analysis compared the stratigraphic integrity of three sites argued to contain evidence of earlier human occupation—two in Texas and one in Idaho—with the integrity of sites in Alaska, Wyoming and Pennsylvania. The three sites claimed to be older than 13,000 years ago all showed patterns of significant mixing, while the others did not.

The researchers were unable to obtain detailed information about some other sites in North and South America purported to contain evidence of human occupation before 13,000 years ago. 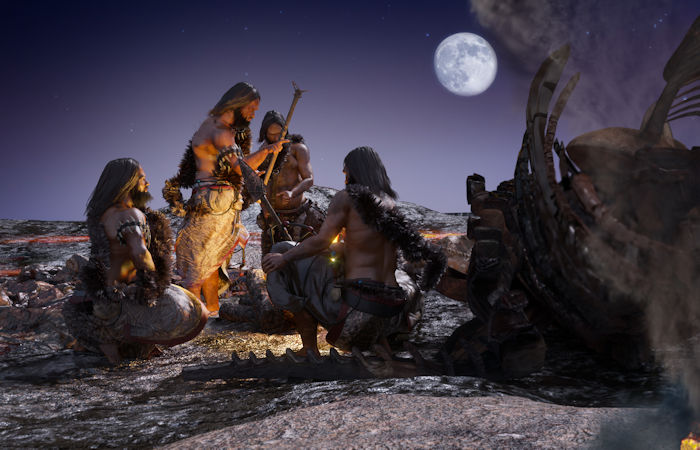 "Sites claimed to be older than 13,000 years ago are few, and data supporting their status as sites have been poorly disseminated," Surovell and colleagues wrote. "Given the status of available data regarding these sites, we must question whether there are any sites in the Americas south of the ice sheets that exhibit an unambiguous and stratigraphically discrete cultural occupation with sufficient numbers of artifacts of clear human manufacture."

The paper doesn't completely rule out the possibility that humans colonized the Americas at an earlier date. "But if they did, they should have produced stratigraphically discrete occupation surfaces, some of which would be expected to have large numbers of artifacts.

"That they did so in Beringia but failed to do so south of the continental glaciers suggests that either there was something fundamentally different about pre-Clovis human behavior and/or geomorphology south of the ice sheets, or that the evidence indicating the presence of humans south of the ice sheets has been misinterpreted," the researchers wrote. "At a minimum, it shows that, when stratigraphically discrete occupations are not present, additional studies must be performed to demonstrate that stratigraphic integrity of association between artifacts and dated strata exist."

The study was published in PLOS ONE