Jan Bartek - AncientPages.com - Pirate Henry Every was an English pirate who operated in the Atlantic and Indian oceans in the mid-1690s.

Dubbed "The Arch Pirate" and "The King of Pirates" by contemporaries, Captain Henry Every used a number of different names, including Benjamin Bridgeman. His crewmen and associates often called him Long Ben.

After plundering a ship carrying Muslim pilgrims home to India from Mecca, and avoiding being captured by posing as a slave trader, Every became the world's most-wanted criminal. 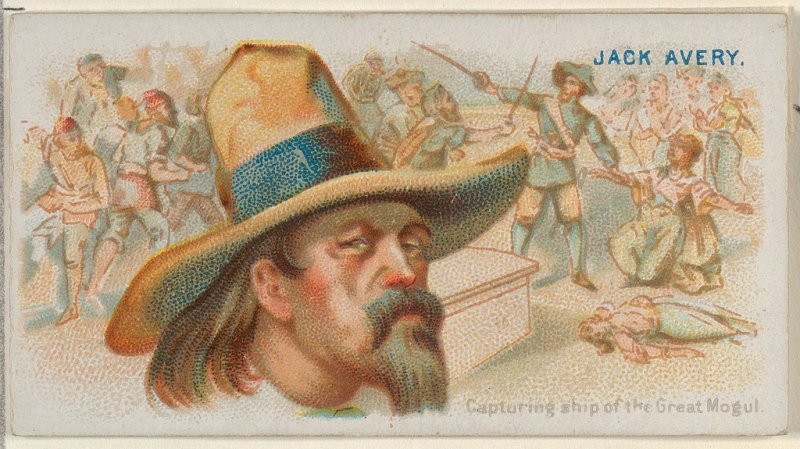 Every had very good reason to vanish without a trace and that is what he did, but where did he go?

His disappearance has been a historical mystery, but maybe we some new clues now.

Jim Bailey, an amateur historian and metal detectorist has discovered a 17th-century Arabian coin in a meadow in Middletown, Rhode Island.

This is according to Bailey no ordinary coin. Bailey thinks the Arabian coin, which is the oldest ever found in North America could explain how pirate Capt. Henry Every vanished.

To understand the whole story one must travel back in time to September 7, 1695 when the pirate ship Fancy, commanded by Every, ambushed and captured the Ganj-i-Sawai, a royal vessel owned by Indian emperor Aurangzeb.

Emperor Aurangzeb who ruled over almost the entire Indian subcontinent for a period of 49 years was one of the world's most powerful men. Aboard were not only the worshipers returning from their pilgrimage, but tens of millions of dollars' worth of gold and silver.

As the Associated Press reports, “what followed was one of the most lucrative and heinous robberies of all time.

Historical accounts say his band tortured and killed the men aboard the Indian ship and raped the women before escaping to the Bahamas, a haven for pirates. 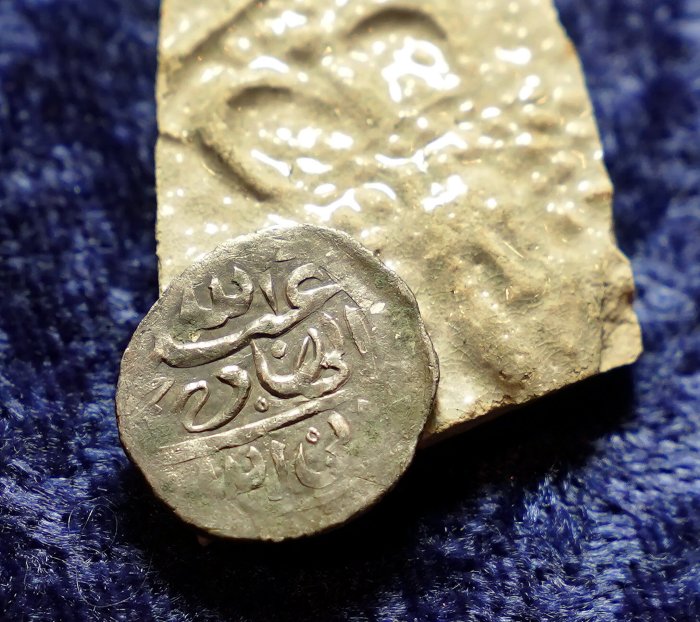 A 17th century Arabian silver coin that research shows was struck in 1693 in Yemen, rests against a piece of 17th century broken pottery featuring a likeness of Queen Mary, on a table in Warwick, R.I., Thursday, March 11, 2021. The coin was found at a farm, in Middletown, R.I., in 2014 by metal detectorist Jim Bailey, who contends it was plundered by English pirate Henry Every in 1695 from Muslim pilgrims sailing home to India after a pilgrimage to Mecca. Credit: AP Photo/Steven Senne

But word quickly spread of their crimes, and English King William III—under enormous pressure from a scandalized India and the East India Company trading giant—put a large bounty on their heads.

"If you Google 'first worldwide manhunt,' it comes up as Every," Bailey said. "Everybody was looking for these guys."

Until now, historians only knew that Every eventually sailed to Ireland in 1696, where the trail went cold. But Bailey says the coins he and others have found are evidence the notorious pirate first made his way to the American colonies, where he and his crew used the plunder for day-to-day expenses while on the run.

The first complete coin surfaced in 2014 at Sweet Berry Farm in Middletown, a spot that had piqued Bailey's curiosity two years earlier after he found old colonial coins, an 18th-century shoe buckle and some musket balls.

Waving a metal detector over the soil, he got a signal, dug down and hit literal paydirt: a darkened, dime-sized silver coin he initially assumed was either Spanish or money minted by the Massachusetts Bay Colony.

Peering closer, the Arabic text on the coin got his pulse racing. "I thought, 'Oh my God,'" he said.

Research confirmed the exotic coin was minted in 1693 in Yemen. That immediately raised questions, Bailey said, since there's no evidence that American colonists struggling to eke out a living in the New World traveled to anywhere in the Middle East to trade until decades later.

Since then, other detectorists have unearthed 15 additional Arabian coins from the same era—10 in Massachusetts, three in Rhode Island and two in Connecticut. Another was found in North Carolina, where records show some of Every's men first came ashore.

"It seems like some of his crew were able to settle in New England and integrate," said Sarah Sportman, state archaeologist for Connecticut, where one of the coins was found in 2018 at the ongoing excavation of a 17th-century farm site.

"It was almost like a money laundering scheme," she said.

Although it sounds unthinkable now, Every was able to hide in plain sight by posing as a slave trader—an emerging profession in 1690s New England. On his way to the Bahamas, he even stopped at the French island of Reunion to get some Black captives so he'd look the part, Bailey said.

Obscure records show a ship called the Sea Flower, used by the pirates after they ditched the Fancy, sailed along the Eastern seaboard. It arrived with nearly four dozen slaves in 1696 in Newport, Rhode Island, which became a major hub of the North American slave trade in the 18th century. 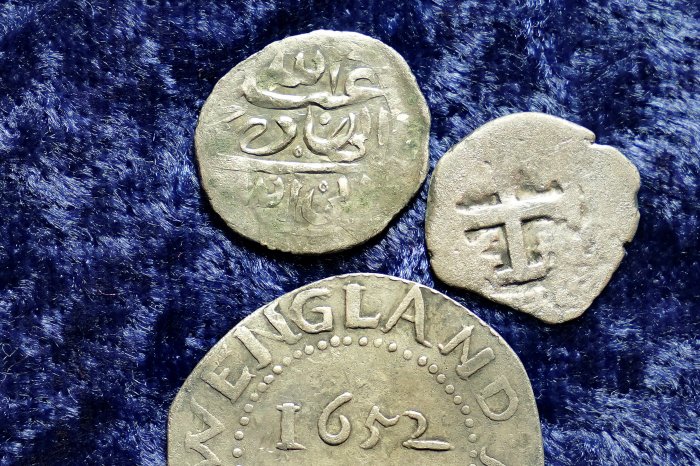 "There's extensive primary source documentation to show the American colonies were bases of operation for pirates," said Bailey, 53, who holds a degree in anthropology from the University of Rhode Island and worked as an archaeological assistant on explorations of the Wydah Gally pirate ship wreck off Cape Cod in the late 1980s.

Bailey, whose day job is analyzing security at the state's prison complex, has published his findings in a research journal of the American Numismatic Society, an organization devoted to the study of coins and medals.

Archaeologists and historians familiar with but not involved in Bailey's work say they're intrigued, and believe it's shedding new light on one of the world's most enduring criminal mysteries.

"Jim's research is impeccable," said Kevin McBride, a professor of archaeology at the University of Connecticut. "It's cool stuff. It's really a pretty interesting story."

Mark Hanna, an associate professor of history at the University of California-San Diego and an expert in piracy in early America, said that when he first saw photos of Bailey's coin, "I lost my mind."

"Finding those coins, for me, was a huge thing," said Hanna, author of the 2015 book, "Pirate Nests and the Rise of the British Empire." "The story of Capt. Every is one of global significance. This material object—this little thing—can help me explain that."

Bailey, who keeps his most valuable finds not at his home but in a safe deposit box, says he'll keep digging.

"For me, it's always been about the thrill of the hunt, not about the money," he said. "The only thing better than finding these objects is the long-lost stories behind them."