Conny Waters - AncientPages.com - A tomb with a white marble coffin bed dated to the Sui Dynasty (A.D. 581–618) has been unearthed in Anyang, Central China's Henan province, giving the researchers a great possibility to better understand ethnic and religious integration. 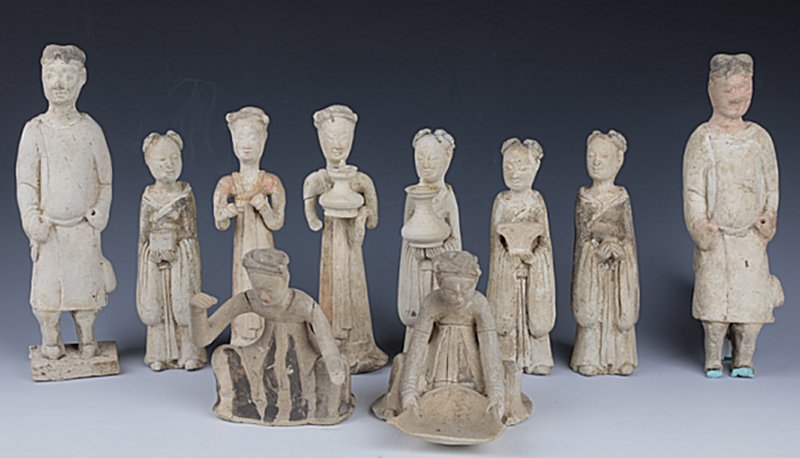 The Sui Dynasty (581–618) ruled over much of China, after uniting the four kingdoms of the Northern and Southern Dynasties (420–589). Reminiscent of the Qin Empire, it was a short, intense dynasty, with great conquests and achievements. It's considered with the following Tang Dynasty (618–907) as a great Chinese era.

"An epigraph unearthed from the tomb records the life experience of the tomb owners, a couple with the name Qu Qing, who never appeared in any historical files before," writes China Daily.

The epigraph also provides new evidence for character evolution and the art of calligraphy during the Sui Dynasty, according to the Anyang Institute of Cultural Relics and Archaeology, adding that it also has great value as complementing the institute's history section. 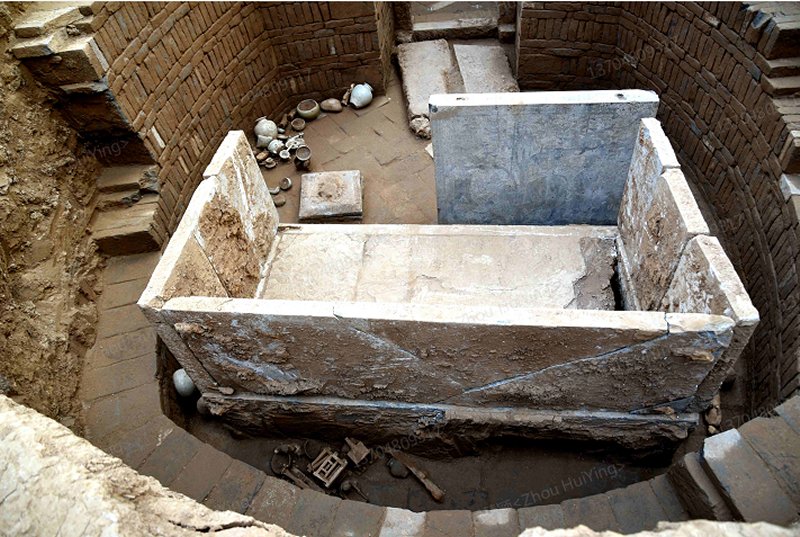 On the coffin bed and the screen, there are various patterns depicting the daily life of the tomb owners, and some religious allusions are also recognized. The patterns are strongly associated with Zoroastrianism, which is considered to be one of the oldest religions on the planet. Its founder, Zoroaster, also called Zarathustra, was an ancient Persian prophet who was born around 628 B.C. He is believed to have died about 550 B.C

Both the origin and even the original teachings of Zoroastrianism are now lost and obscure, but based on the information that has been preserved we do know at least some things about Prophet Zoroaster and his faith.

"The Qu family lived in the Longxi area, which occupied the main part of the Silk Road for a long time, so they were deeply influenced by European, West Asian and Central Asian cultures," said Kong Deming, head of the institute. 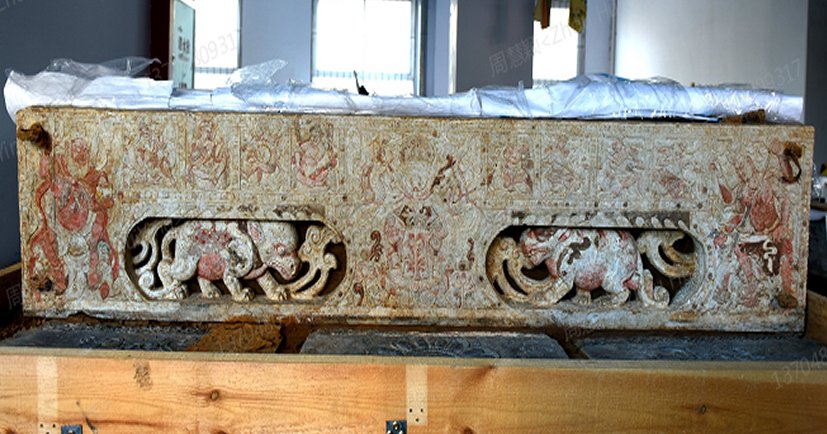 The base of the white marble coffin bed was unearthed from a Sui Dynasty (581-618) tomb in Anyang, Central China's Henan province. Image credit: chinadaily.com.cn

The discovery of the coffin bed and dozens of relief patterns carved in Buddhist and Zoroastrian styles can be seen as a witness to the exchanges and mutual learning between Eastern and Western civilizations along the Silk Road, Kong said.

Furthermore, a large number of exquisite white Xiangzhou kiln porcelain was unearthed at the site.

According to Kong, the porcelain shows the high production level of the Xiangzhou kiln in Anyang during the Sui Dynasty.

It can also fill in the blanks in the research on Xiangzhou kiln porcelains and provide valuable materials for the origin and development of Chinese white porcelain.