Two lead coffins containing the remains of French nobility who died centuries ago have been dicovered in the city square of Flers, a Norman town located in the Orne department of Basse-Normandie in northern France.

The bodies laid dormant for centuries near the altar of an ancient church that was demolished in 1924. The city lay in an area over which contended German occupiers and Allied liberators during the Second World War. 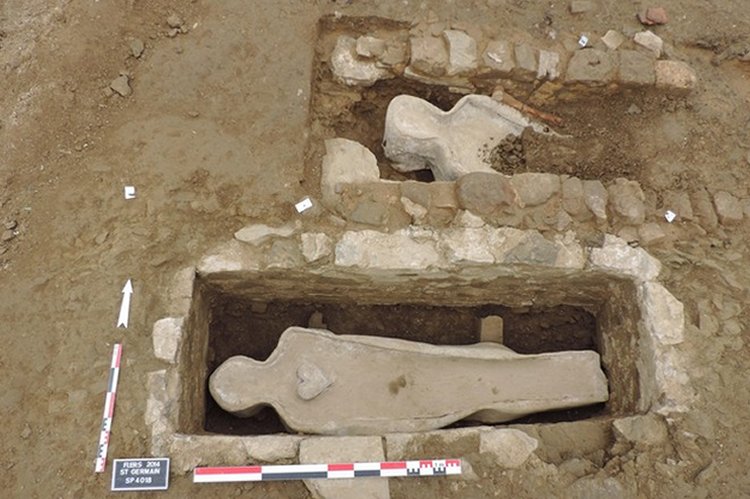 The fighting and bombing, especially of 1945, destroyed 80 percent of the town. The coffins were found within sight of the current St. Germain church, which is of a later date,' writes Martin Barillas for Spero News. 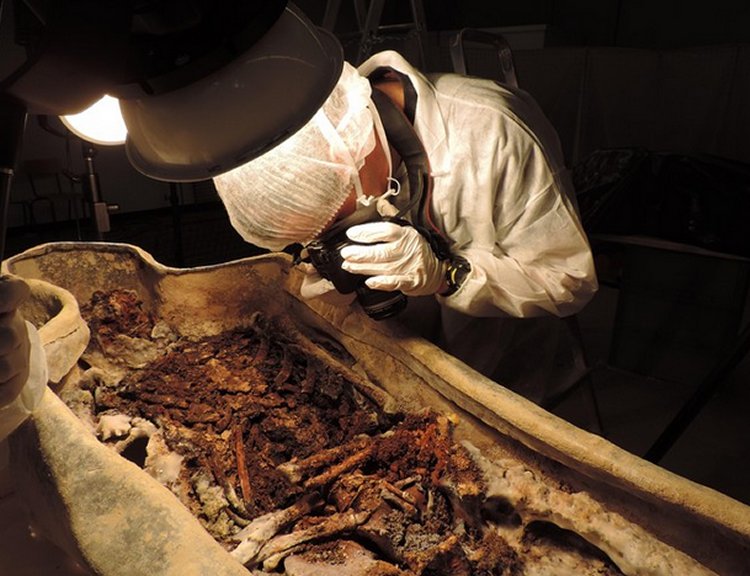 The researchers have not hesitated in describing these as an “exceptional discovery,” which were  unearthed in November 2014. "We did not expect it. The vast majority of the dead were buried in wooden coffins," said Hélène Dupont, an archaeologist at the French National Institute for Preventive Archaeological Research (INRAP). Such burials were reserved for members of the elite. Lead coffins were very expensive that were made by artisan specialists called plombiers.

Among the personalities of other periods who were buried similarly buried was Henry VIII of England and Wales. 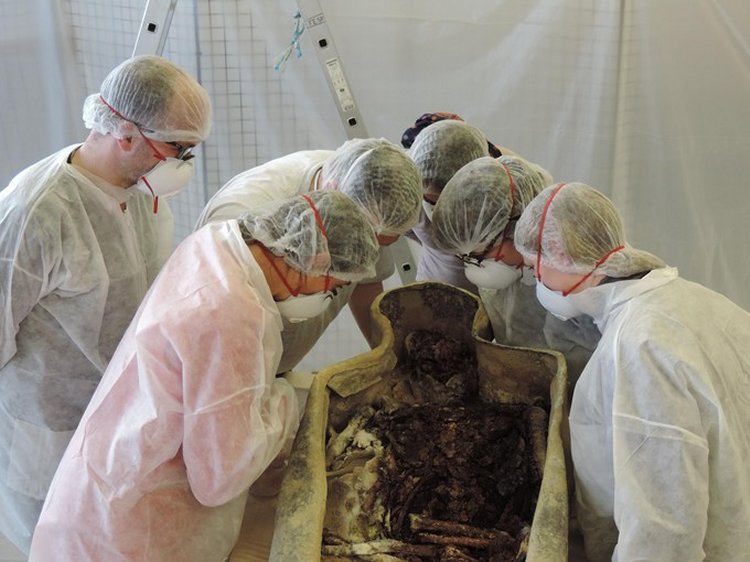 In early 2015, scientists representing INRAP and the French National Center for Scientific Research (CNRS) collaborated at the University of Caen in cooperation with the Centre for Ancient and Medieval Archaeological and Historical Research (CRAHAM). Based on the findings of at least a dozen scientists, it was concluded that the two bodies are the remains of counts.

"We searched almost 4,500 death certificates for the cemetery of Flers, and the chartriers (family records) of the Counts of Flers," explained Dupont. Three hypotheses emerged from the examination of the evidence. The researchers have identified the remains as belonging to either Philippe René de la Motte-Ango, Louis-Antoine de Pellevé, or Pierre Pellevé. The Pellevé family, who were once lords and masters of the entire county of Flers, died out in 1738 with the decease of Antoinette Pellevé, the last Countess of Flers.

"This was family of the great nobility that had properties in Paris and access to the royal court,” said Dupont. 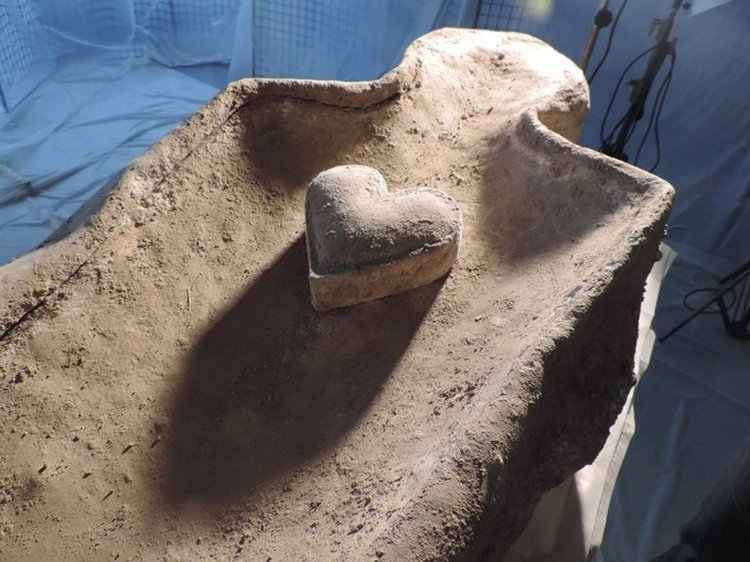 On one coffin was found a heart-shaped lead reliquary.

Archaeologists estimate that the sarcophagi – the lead coffins - date from the late seventeenth or early eighteenth century. The men, meanwhile, were between 50 and 60 years old at the time of death. "They were quite aged for that time,” said Dupont, who added, “And shows that health conditions for the people of Flers was quite good.” Scientists were able to estimate the age at death by analyzing the teeth and bones.

One of the two coffins was found to have lead reliquary in the shape of a heart that is presumed to contain human tissue. The reliquary will be opened during the first half of 2016 and examined by forensic experts. According to Dupont, "it was very fashionable at that time to bury body parts in various locations who were dear to the deceased.” 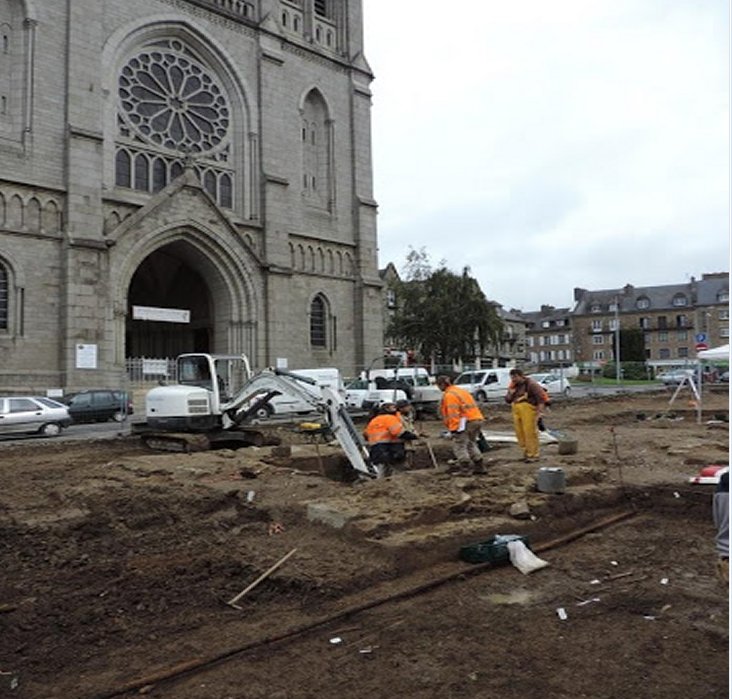 The bodies laid dormant for centuries near the altar of an ancient church that was demolished in 1924. Excavation took several months in 2015.

In the case of the counts of Flers, studies have shown that the sarcophagi were designed by a plombier from d’Argentan. A CNRS panel will examine the bodies for evidence of perfumes and plant material that was used to embalm the bodies before burial. Dupont said that they hope, therefore, to discover the embalming recipes used in the period.

Eventually, the coffins will be exhibited at a museum in the town of Flers. However, the skeletons of the counts will remain in the custody of the Regional Directorate of Cultural Affairs until their reburial in the cemetery of St. Jean de Flers. A final report is due in June 2016.

In another case, a lead coffin was unearthed in 2013 in Rennes, a town of Brittany in northwestern France. In it were found the remains of a French noblewoman of the 17ths century who has since been identified as Louise de Quengo. She was found with a similar reliquary, which contained human tissue corresponding to her husband who was buried elsewhere.