The discovery is of great value because it is the first find of its kind in China. 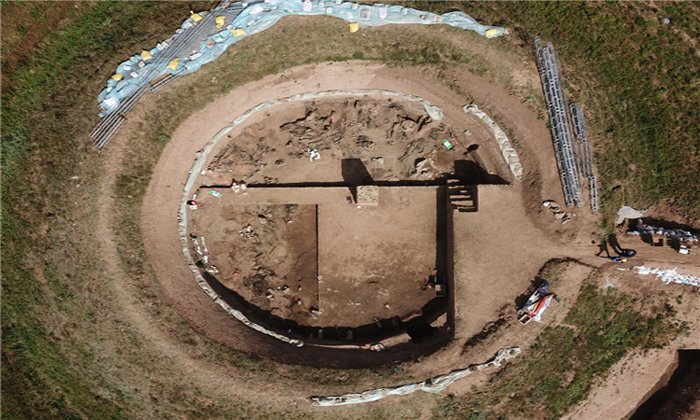 Located in the north of Hohhot, the capital city of the Inner Mongolia Autonomous Region, the site covered an area of about 10,000 square meters. Photo: Courtesy of Zhang Wenping

The round site covers an area of 10,000 square meters and is part of a set of mountain ruins in the city's northern region at altitudes up to 1,660 meters. Archaeologists found the ruins of a roundhouse used for the emperor’s worship in the middle of the site.

The inner diameter of the house was about 15.5 meters and the outer diameter about 32.5 meters. A doorway of about one meter wide was unearthed in the southeast of the house. A small number of pottery pots used for sacrifices were also unearthed.

This is the first time that archaeologists have excavated a Northern Wei Dynasty imperial worship site.

"Although there are many historical records related to imperial worship in the Northern Wei Dynasty, no sites have been found before," said Zhang Wenping, deputy head of the Regional Research Institute for Cultural Relics and Archaeology.

The site was discovered in the 1980s but wasn't excavated until 2019, Zhang said. In recent years, local residents have cultivated around the site, increasingly causing damage, so it was necessary to clarify its nature as soon as possible and properly protect it, given the significance of the site, provincial authorities said. 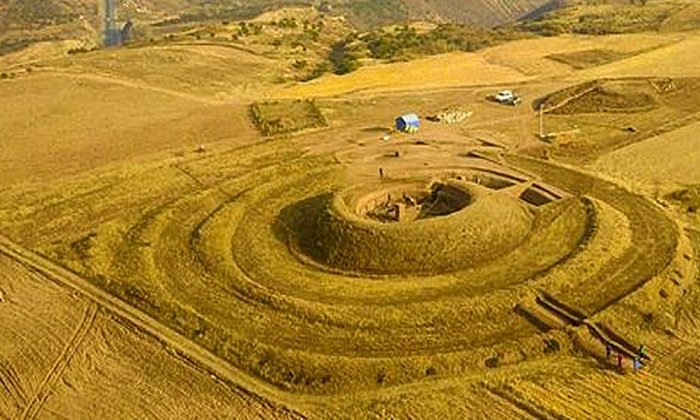 The archaeologists also found pottery, stone, and ironwork used for worship. The findings will help archaeologists further determine the site's general shape, structure, and nature, and go back to the ancient site's history.

Archaeologists think the site is where the emperor worshiped roughly between the years 430 and 490, based on the relics excavated. The site is older than the Temple of Heaven in Beijing, which was built during the Ming Dynasty (1368-1644) and Qing Dynasty (1644-1911).

The evolution of imperial worship and the characteristics of worship rituals may be uncovered in future excavations.

"The next step for us is to figure out the situation and layout of some specific parts of the site," Zhang said.