Jan Bartek - AncientPages.com - How and when did the first people reach the Americas has been debated for decades. Most scientists agree the first humans to inhabit America came from Eurasia. The problem is that the timeline and route of the first arrivals are still unclear.

A new study now reveals that the Americas were not populated via a suspected ice-free corridor more than 15,600 years ago, as previously thought. 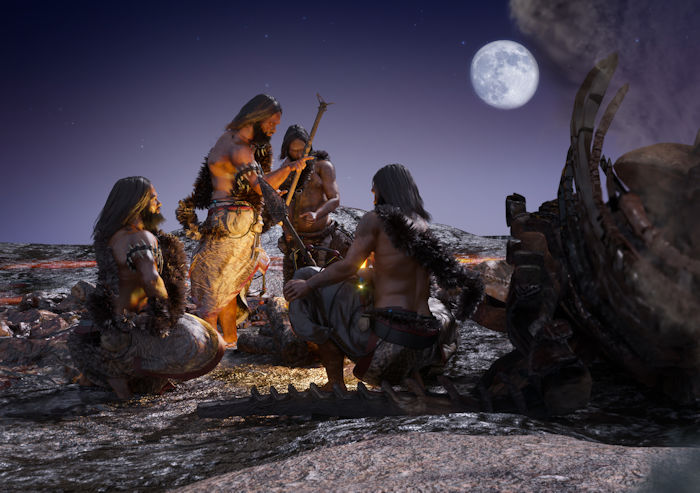 How and when did the first humans reach the Americas? Credit: Adobe Stock - de Art

The study published in the Proceedings of the National Academy of Sciences adds to a body of recent evidence discounting the long-held ‘Clovis First’ theory: that people first reached the Americas by crossing from Siberia into North America along an inland ice-free corridor that formed after the last ice age, along the eastern front of the Rocky Mountains.

The research team – led by Jorie Clark of Oregon State University and including Dr. Dylan Rood and Louise Guillaume of Imperial College London’s Department of Earth Science and Engineering (ESE) – found that the corridor between the two ice sheets did not open fully until about 13,800 years ago when the two ice sheets covering much of North America melted and retreated.

Why Is The Ice-Free Corridor Important?

“Significance of the Ice-Free Corridor (IFC) has long played a key role in hypotheses about the peopling of the Americas. Earlier assessments of its age suggested that the IFC was available for a Clovis-first migration, but subsequent developments now suggest a pre-Clovis occupation of the Americas that occurred before the opening of the IFC, thus supporting a Pacific coastal migration route instead. However, large uncertainties in existing ages from the IFC cannot preclude its availability as a route for the first migrations.

Resolving this debate over the migration route is important for addressing the questions of when and how the first Americans arrived. We report cosmogenic nuclide exposure ages that show that the final opening of the IFC occurred well after pre-Clovis occupation,” the researchers write in their paper. 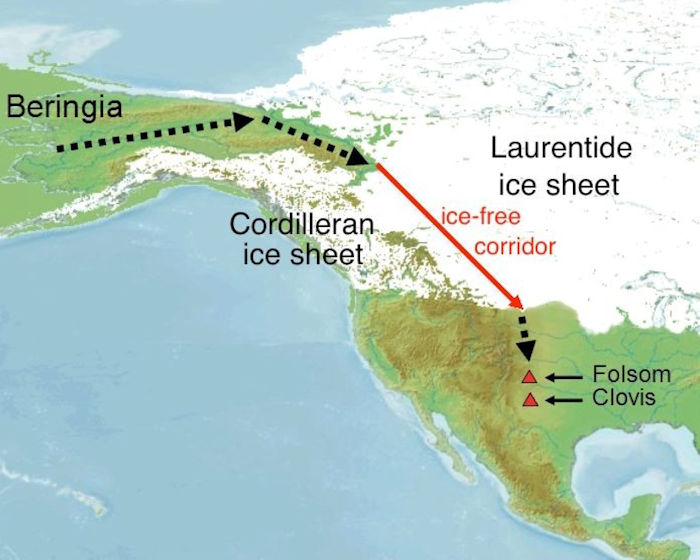 "We have closed the door on the ice-free corridor. This research makes it clear that the corridor wouldn’t have been available as a migration route back when people first entered the Americas some 2,000 years earlier, putting the Clovis First theory to rest," Dr. Dylan Rood said.

The Clovis First hypothesis was developed partly based on distinct stone artifacts found near Clovis, New Mexico, which date to about 13,400 years ago and were considered the oldest archaeological timestamp in North America.

However, more recent studies suggest the Americas were populated well before that, with evidence found in Cooper’s Ferry, Idaho, dating back to approximately 15,000 to 16,000 years ago.

Studies had also indicated an earlier timeframe for the opening of the ice-free corridor, suggesting it was open between 14,000 and 15,000 years ago – with this uncertainty highlighting the need and importance of forming a better understanding of how and when the corridor opened up.

To add clarity to this timeline, the research team determined the age of 64 rock samples from six sites in Alberta and British Columbia, Canada, along the 750-mile confluence of the two ice sheets, focusing on where the two began to separate and become ice-free.

“We used a method known as cosmogenic nuclide exposure dating, which is a ‘rock clock’ that essentially tells us how long rocks have lain exposed on Earth’s surface – after a glacier has retreated and left them behind and uncovered, for example,” Louise Guillaume said.

Louise conducted the laboratory work for the study as part of her MSci Geology at ESE. The work provided the essential ages for when the ice-free corridor opened. Louise will be returning to ESE to start her Ph.D. in Autumn 2022.

“This highlights how the work that underpins ESE student projects can have a huge scientific impact.  This finding really is significant, resolving a nearly century-old debate about the migration route of ancient humans,” Dr. Dylan Rood added.

The results indicate that while portions of the ice-free corridor were open more than 15,000 years ago, the entire length of the corridor was not open until after people began arriving in the Americas. 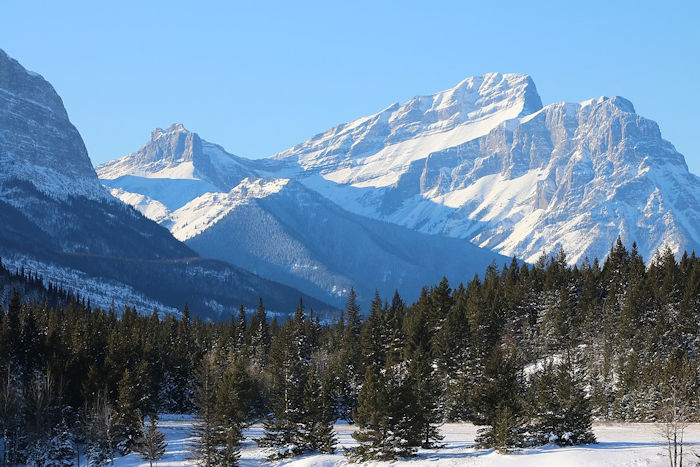 Alberta Rocky Mountains. Credit: Thank you for visiting my page - CC BY 2.0

According to the paper’s lead author Jorie Clark, the ice-free corridor first started to open along the southern section about 15,400 years ago, and then later began to open from the north, “similar to a zipper being opened from the bottom first, and then unzipping from the top. These results clearly establish that the ice-free corridor was not available for the first peopling of the Americas.”

Rather than traveling via this corridor from Alaska and the Yukon down to the Great Plains, it is instead likely that early arrivers to North America used a route along the Pacific coast.

‘The age of the opening of the ice-free corridor and implications for the peopling of the Americas’ by J. Clark et al. (2022) is published in PNAS.