Conny Waters - AncientPages.com - A stone idol of Sun God (Surya), dated back to the 10th century, was accidentally found in the farmland of Harijan Vannurappa at Kalagodu village in Anantapur district of the Indian state of Andhra Pradesh. 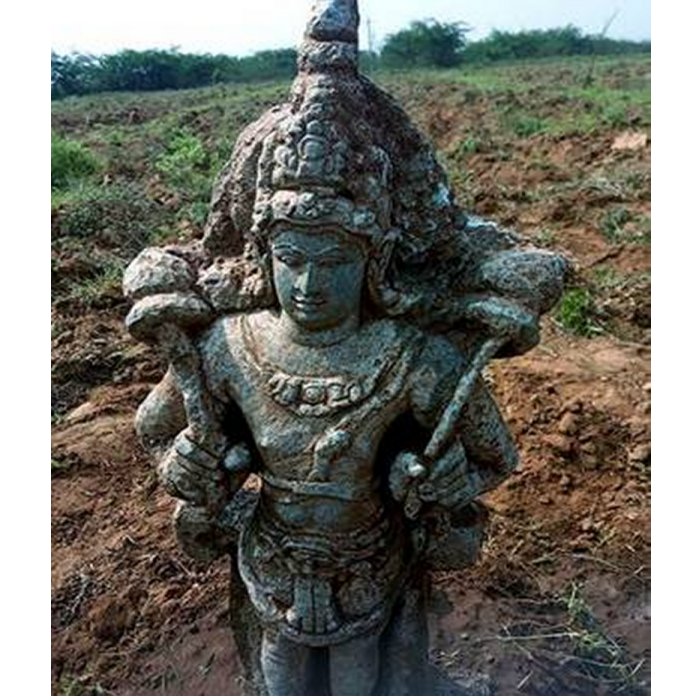 The 10th-century idol of Sun God was found in the agriculture field at Kalagodu in Anantapur district of the Indian state of Andhra Pradesh. image credit: ANI

While the family’s son Nagendra was tilling the land, his plough hit the two-foot granite stone idol with two lotus flowers in both hands.

The Hindu writes that the farmer immediately informed Rayadurg Heritage Association secretary Gudekota Siva Kumar, who after inspecting the idol and cleaning it, sent pictures of it to historian Emani Siva Nagireddy, who is CEO of Cultural Centre of Vijayawada and Amaravati.

The figurine was analyzed and based on the sculpting style of the idol, it has been confirmed that the sculpture belonged to the period of the Nolamba kings.

The Nolambas were a relatively minor South Indian dynasty compared to the large and powerful dynasties like the Cholas, Chalukyas, the Vijaynagara empire, and others. They ruled from 735 to 1052 A.D. 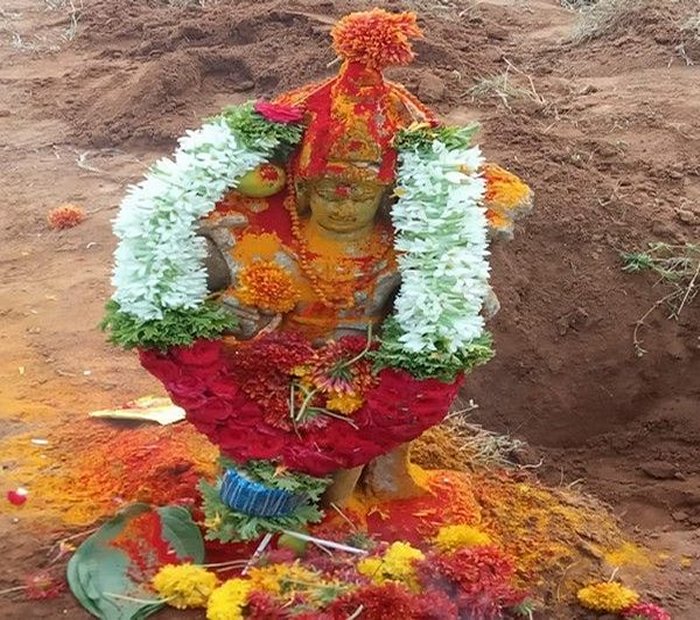 Their political influence extended from their capital Hemavati in a broad swathe from the southwest to the southeast; with parts of modern eastern Karnataka, western Andhra Pradesh, and northern Tamil Nadu for over 300 years.

The discovered stone statue - which will be preserved in the archaeological museum in Anantapur - resembles other sculptures found in this region of the Vedavathi river, and the local residents suggest there may be more such sculptures in the vicinity.

The local police and revenue officials were immediately informed about the finding and as suggested by Mr. Siva Nagireddy, the idol would be preserved in the archaeological museum in Anantapur.

Local Bommakkapalli Rajarajeswari temple priests performed puja to the idol, a ceremonial worship ritual performed according to Hindu tradition during which the worshipers offer devotional homage and prayer to one or more deities, and in this case, is the great sun god, Surya.