Ellen Lloyd - AncientPages.com - Fabel is the world’s first licensed archaeology dog. He is a great asset to archaeologists because his sensitive nose can accomplish more than high-tech equipment. The German Shephard can locate human skeletons buried deep underground. Fabel, who loves to work and chase cats, is currently helping researchers to unravel the 1,500-year-old mystery of Sandby Borg. 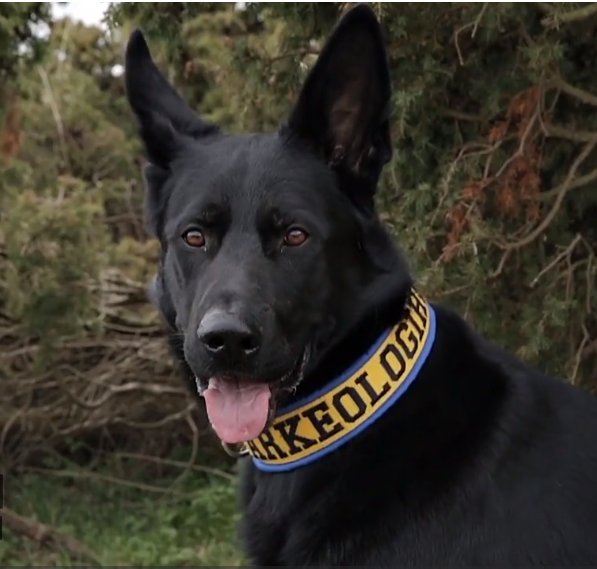 Fabel loves to work and chase cats. He is currently helping with the Sandby borg excavations. Image credit: DN

During the excavation of Sandby borg ringfort on the island of Öland, Sweden, a number of macabre, but also intriguing finds were made. Not only did researchers uncover evidence of an ancient horrible massacre, but they also discovered fascinating ancient treasures.

The archeological project started in 2010 when knowledge of looting reached the archaeological society. It was then decided that the area should be examined with metal detectors to locate ancient treasures and prevent looting. The results have been astonishing. Researchers discovered ancient buckles, signet rings, and hundreds of pearls from all over Europe. 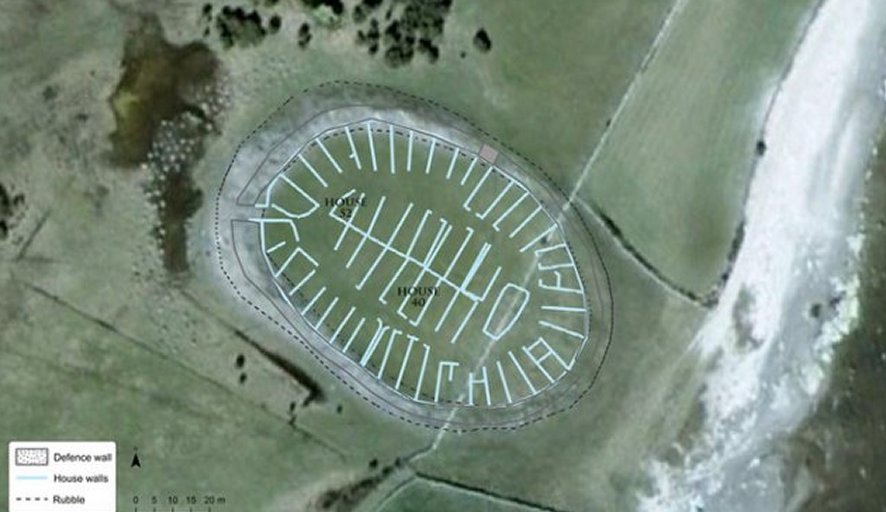 Satellite image of the Sandby borg ringfort, with the layout of the houses and the defense wall marked. The two houses mentioned in the text are indicated. Courtesy of Kalmar County Museum and Andreas Viberg.

According to Helena Victor, archaeologist and project leader at Sandby borg, many of the finds were truly unique and frequent contacts with the Roman Empire, southern Europe, and the countries around the Baltic Sea.

Further excavations revealed parts of human skeletons. They were not buried and most were found inside the house. Although only a small fraction, less than 4 percent of the castle is excavated, the bones of a total of 14 individuals have already been found. So far, researchers have not discovered a single skeleton of a woman, but many of the dead people are as young, 12-15 years old. 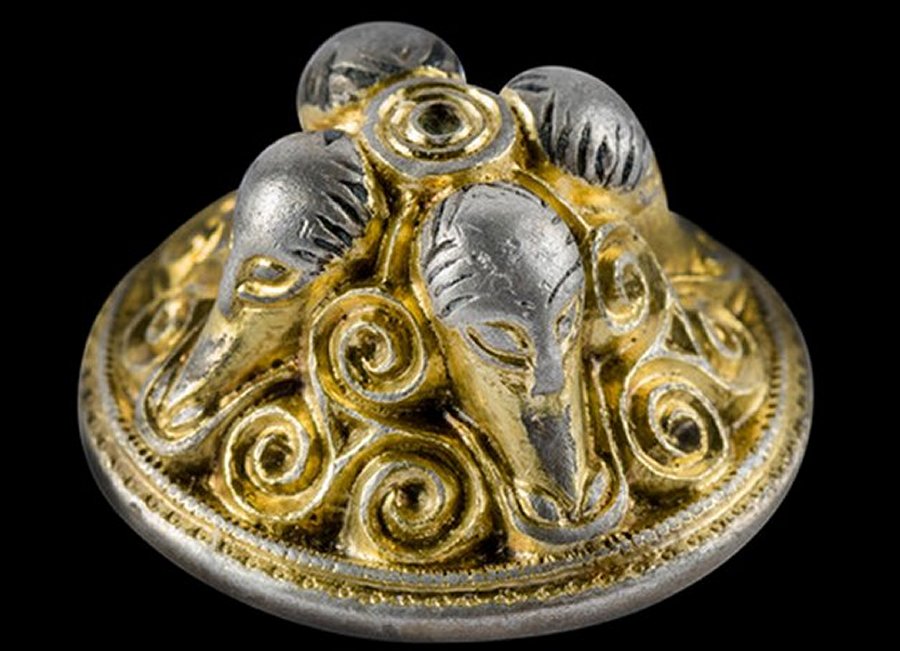 Wounds show indications people died in a violent massacre that took place around 1500 years ago.

Archaeologists find it strange that the people were never buried and instead just left on the ground. The greatest mystery lies in the fact that the entire Sandby borg ringfort was left untouched after the attack. Victims surrounded by ancient treasures were lying where they were killed. The whole scenery reminds of Pompeii, an ancient Roman town-city near modern Naples where the moment of death and everyday life has been frozen in time. This is the reason why Sandby borg is sometimes referred to as the Swedish Pompeii.

Who Was Responsible For The Massacre At Sandby Borg?

Now researchers will try to shed light on the mysterious events that took place one day, on Sandby borg on Öland, 1,500 years ago. It is important to find out who was responsible for the massacre at Sandby borg.

One possibility is that the people here were killed because of gold. Helena Victors point out we should not forget this happened when Europe was in a state of chaos. After the Roman Empire had fallen, many refugees and armies plundered small, towns, and villages. Maybe someone thought gold could be found here, but if that’s the case why didn’t the killers take the treasures? 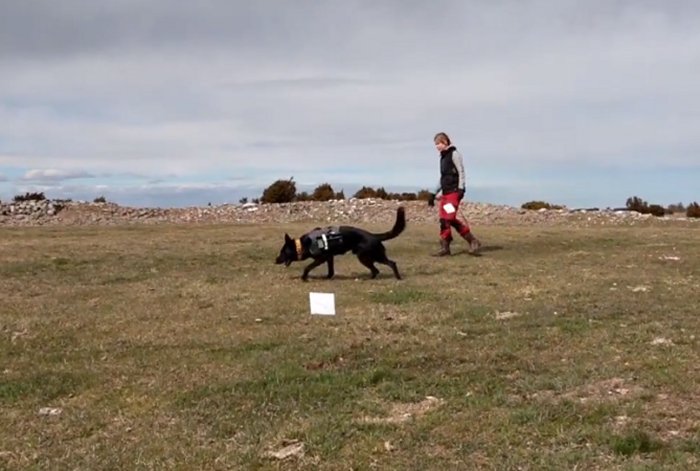 It remains a mystery for now. Another strange thing is that no female skeletons have been unearthed so far. This suggests the women could have been raped, abducted, and later killed.  Obviously, researchers must find more skeletons to shed more light on the Sandby borg mystery, and that’s why Fabel is at the excavating site. 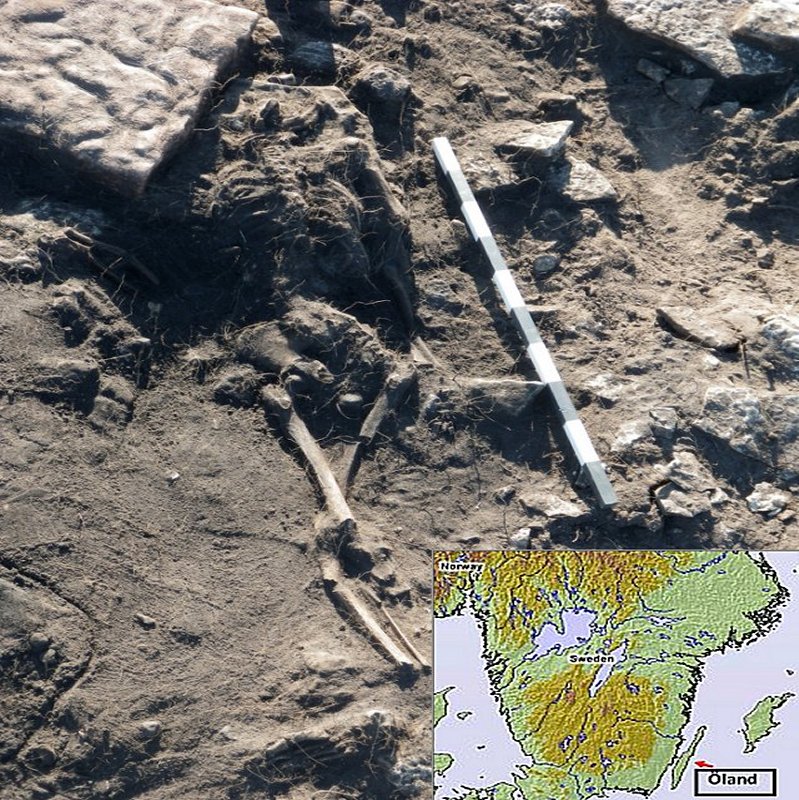 This skeleton of an old man was found lying across the large fireplace in House 52. to him, a humerus of a small child (estimated to around 2-5 years old) was found. Photo courtesy of Kalmar County Museum.

Sophie Vallulv, Fabel’s owner is an archaeologist. She says her dog is very intelligent and can spot the difference between the hidden bones of animals and humans.  Sophie got the idea to train an archaeologist from Australia where attempts have been made. The invented training method though is her own and unique. 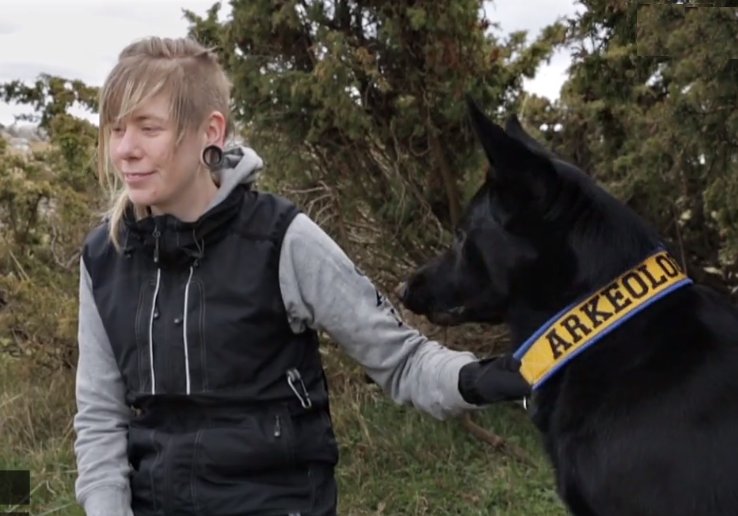 Fabel is three-years-old and he is getting better every day. He works for 20 minutes then rests. He will soon be joined by Urax, another archaeology dog trained by Sophie Vallulv. Together they will be able to accomplish even more.

Sophie Vallulv has every reason to feel proud of her intelligent dog and we all look forward to learn more about the discoveries made by Fablo, the world’s first licensed archaeology dog.