AncientPages.com - The Local reports that an alley of two-story houses, with balconies has been unearthed  in the ancient city of Pompeii. Italy.

"This type of find is a novelty for this area of Pompeii," a spokesperson for the archaeological site said in a statement shared to social media. "Almost two thousand years from the eruption of 79 AD, Pompeii continues to give us treasures." 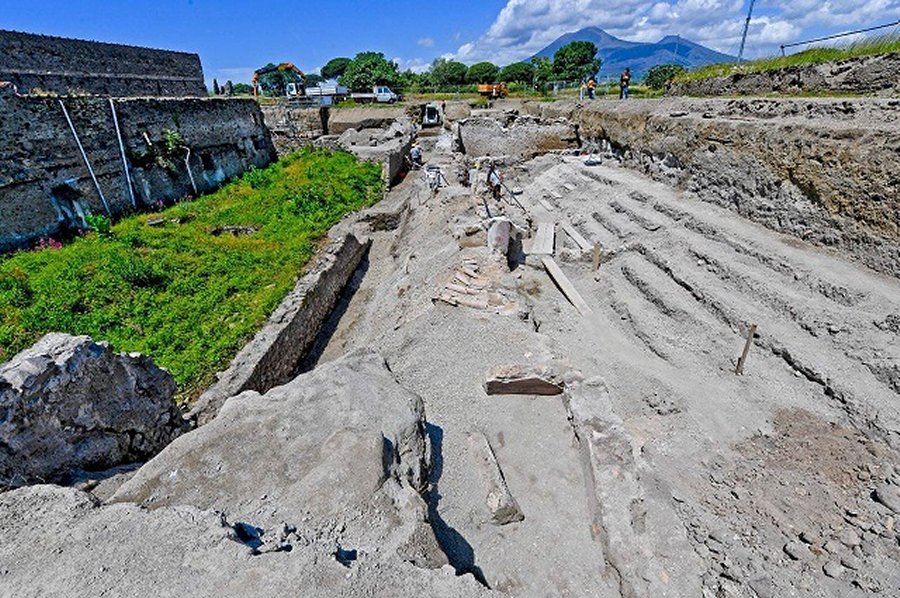 The area of the discovery. Photo: Ciro Fusco/Pompeii Archaeological Park

Archaeologists say this is an interesting discovery not just for the color preservation, allowing future visitors to the site to see the houses almost exactly as the city's original residents did, but also because it is so unusual in Pompeii for upper floor of the houses to have been preserved.

Therefore, conservation of the upper floors was rarer.

Excavations revealed a series of buildings with three large balconies and on one of them, there were found pots of wine lying on their side. Archaeologists say they were probably put out to dry in the sun. 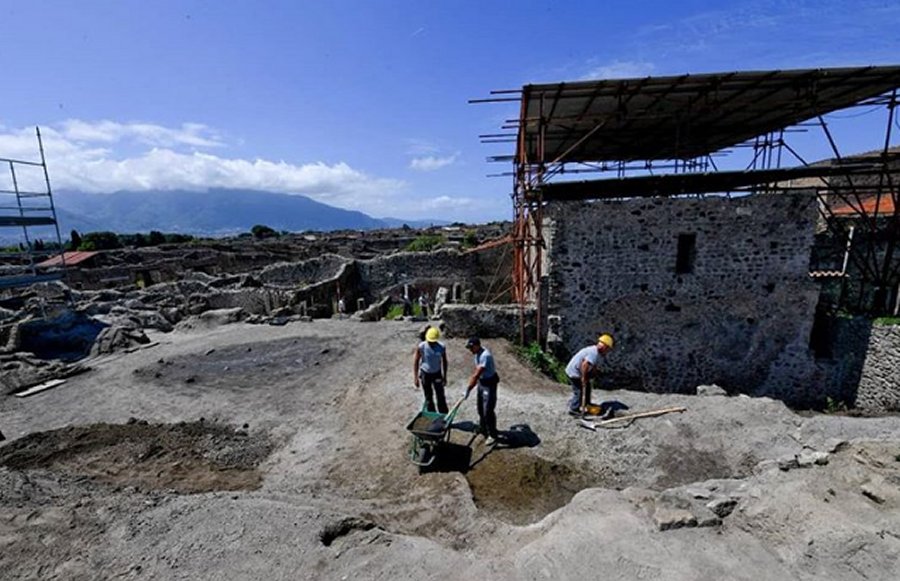 The area of the discovery. Photo: Ciro Fusco/Pompeii Archaeological Park

The houses will be restored once the necessary works have been completed; first of all it’s important to stabilize walls at risk of collapse..

The Local informs that  a week earlier, archaeologists were able to cast the complete figure of a horse for the first time ever at the site. Along with a pig and a dog, it is one of the few animals of any species to be successfully cast at Pompeii.