One of the longest-running British excavations in Turkey has been conducted in the ancient city of Amorium. The works began in 1987 and continued to 2009, with only minor interruptions. 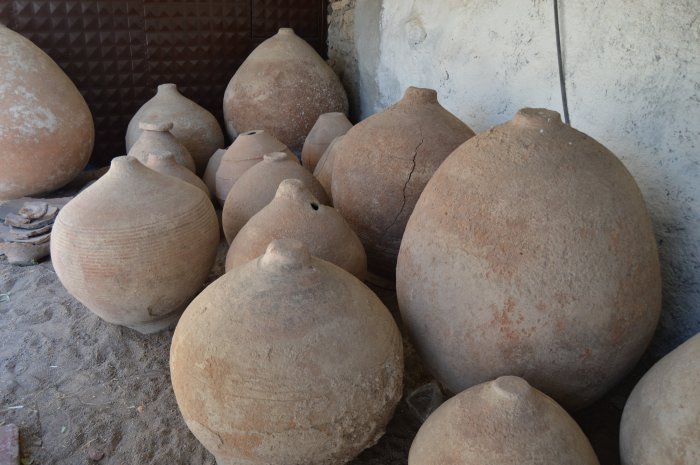 Recently, a granary containing 11 pithoi (large storage containers) filled with wheat and dating back to the ninth-century Byzantine period, was found during excavations in the ancient city of Amorium in the Emirdağ district of the central province of Afyonkarahisar, Turkey.

Some important findings have been revealed during digs in the ancient city, which were resumed under the leadership of professor Zeliha Gökalp Demirel with the cooperation of the Ministry of Culture and Tourism and Anadolu University (AU) in 2013, writes Daily Sabah.

Also, during earlier excavations carried out in the ruins of this ancient city, archaeologists unearthed significant quantities of large jars or pithoi (in fragments), which were once used for storing.

However, because of their size and weight, it is believed they were manufactured at Amorium, and it would mean these containers - manufactured and exported or imported over the entire Mediterranean - were of local production.

A big church, a basilica, a Byzantine bath, grape-grinding pools, Seljuk and Ottoman coins, and a ceramic kiln were found during excavations of the Amorium mound, which consists of an upper city and a lower city.

“We found a granary we thought belonged to a farmhouse. There were 11 pithoi in one place and their tops were closed with a mortar-covered lid. When we opened the lids, we found that the pithoi were full," Demirel said in an interview with Anadolu Agency (AA). 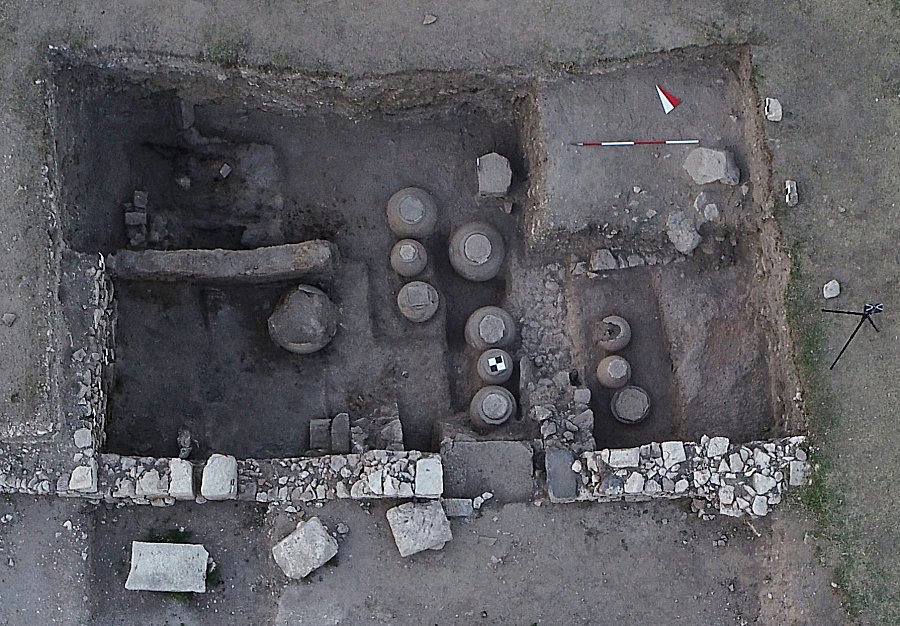 An aerial photo of the granary in the ancient city of Amorium, Afyonkarahisar, central Turkey, July 31, 2020. Image credit: AA

"These were packaged by our experts and sent to the laboratory in Istanbul for examination. We have not yet received analysis results, but we believe that the material in the pithoi must be wheat, but we will be able to make it clear as a result of the analysis.”

Demirel emphasized that they do not think the grains in the pithoi were used for commercial purposes and that it was probably food for the people who lived on the farm.

“Probably one of the reasons we could reach grain was because the farmhouse kitchen was on the ground floor while the upper floor of the granary was demolished. We think this was in the ninth century, Demirel said, indicating that civilizations must have preserved grains for their future needs. 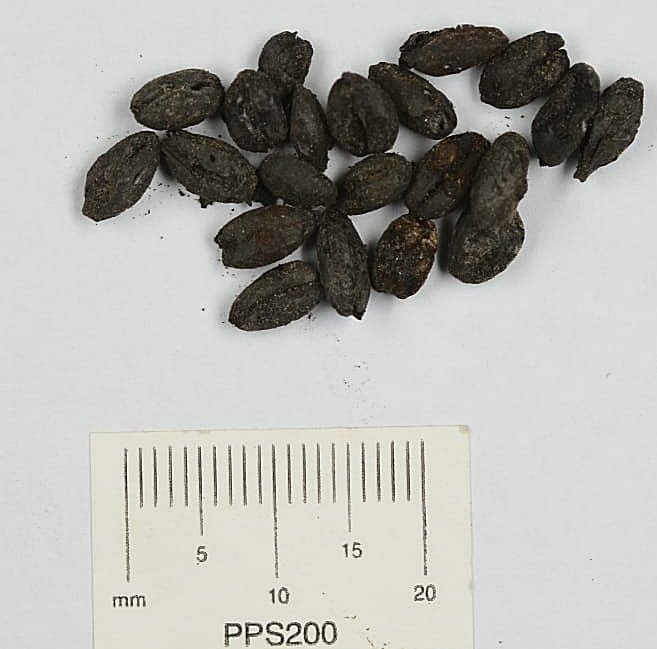 Possibly, the first floor of the house collapsed due to a war or a fire, and the remains toppled onto the warehouse. Since it was not used again, we were able to reach both the pithoi and the wheat within. Now our archaeobotanical specialist is working on this wheat in the laboratory. We will make a clearer explanation as a result of his work.”

Demirel noted that round empty mills for grinding wheat and marble vessels had been found during previous excavations in the ancient city. Pointing out that the area was inhabited between the sixth and ninth centuries in the lower city of the Amorium mound.

“As far as the form of these pithoi and other findings reveal, the area actually dates back to the ninth century, the Byzantine period. These finds prove that Amorium is important in terms of presenting the socio-cultural structure in its original form. We can even think that wheat was an important food source in that period.”