AncientPages.com - This is the strange story of a curious very small mummy that was discovered in 1932 when Cecil Main and Frank Carr were digging for gold in the San Pedro Mountains about 60 miles southwest of Casper, Wyoming.

The small size and the features of the ancient body indicated it could once have been a member of the hidden race of the Little People living in America. 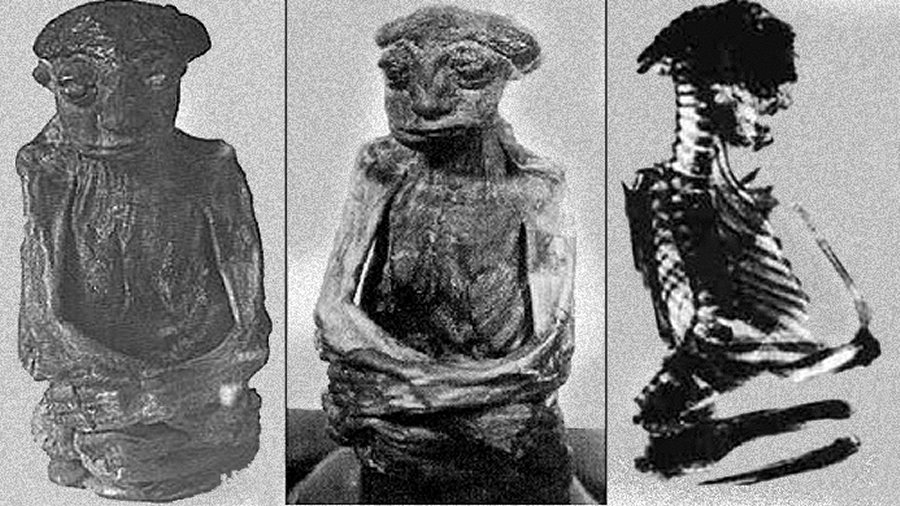 The X-rays revealed that the Pedro mummy had inside him a perfectly formed, manlike skeleton with a complete set of human-like ribs.

Many ancient Native American legends tell of a group of beings that are commonly referred to as the Little People. These small beings are sometimes said to be spirits, magicians, ferocious dwarves, fairies, or devils, depending on the tribe's original folklore.

The physical remains of tiny people have been reported found in various locations in the western United States, particularly Montana and Wyoming. In most cases these small beings were discovered in caves. Examination of the small bodies has been conducted, but the results of the studies have not always been revealed to the public.

In addition, the corpses of the Little People have a tendency to mysteriously vanish. According to archaeologist Lawrence L. Loendorf "the burials, of course, are always sent to a local university or to the Smithsonian for analysis, only to have both the specimens and research results disappear."

After the discovery of the Pedro mummy, the legends of the Nimerigar were brought to life again.

The Nimerigar are legendary race of little people found in the folklore of the Shoshone people of North America's Rocky Mountains. The Nimerigar were said to have lived in the Wind River and Pedro ranges of Wyoming. They attacked the Indians with tiny bows and poisoned arrows. 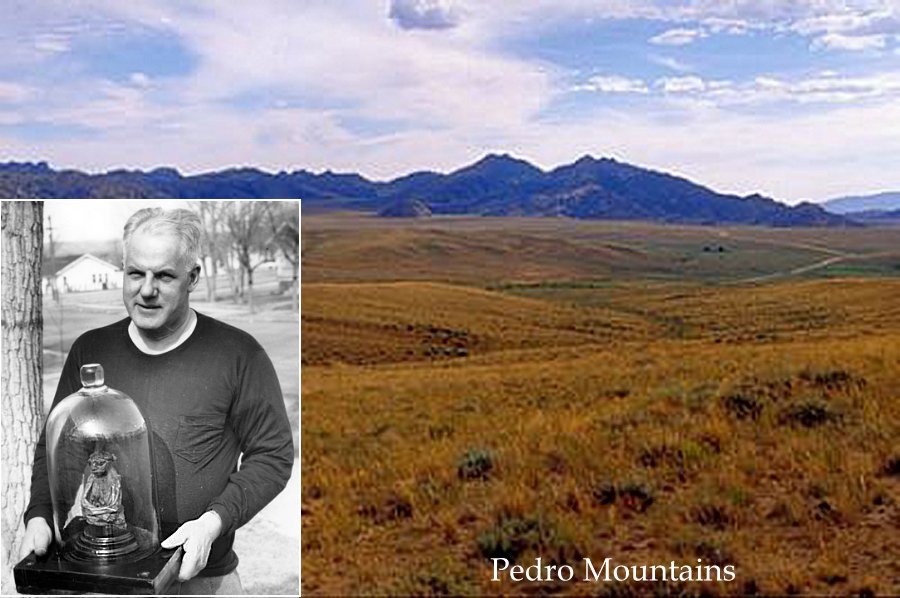 They also killed each other with a blow to the head when they became too ill to be an active part of their society.

Interestingly, this practice of sometimes killing the infirmed was also a regular part of life for many of the nomadic Indian tribes.

As it so often is with legends, the story of the Nimerigar was considered nothing but folklore until the Pedro mountain mummy was discovered.

Cecil Main and Frank Main were hoping to find gold in the cave they entered, but instead they found this odd-looking mummy. The tiny mummy was only about 6 ½ inches tall in its seated position, and estimated at 14 inches tall in a standing position. It had the face of an old man, flat head, huge, heavy-lidded eyes and a very wide mouth. Its skin was brown and wrinkled. The mummy was so well-preserved that the finger nails could still be seen on the hands and the top of its head was covered in a dark jelly-like substance that was still pliable. 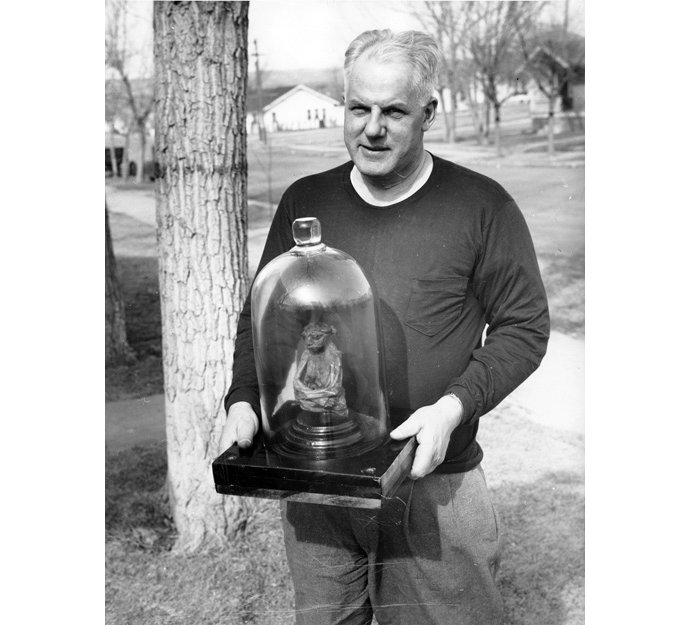 Main and Main took the mummy to Casper, Wyoming where many prominent scientists from all over the country came to take a look at this remarkable discovery. The two gold prospectors were suspected of perpetrating a hoax to get rich with their discovered anomaly. However, when anthropologists conducted their tests it soon became clear that the mummy was genuine.

The X-rays revealed that the Pedro mummy had inside him a perfectly formed, manlike skeleton with a complete set of human-like ribs. The tests also showed that the mummy had been killed violently. The spine was damaged, a collarbone broken, and the skull had been smashed in by a heavy blow. The soft substance at the top of the head exposed brain tissue and congealed blood.

After the tests were completed, the scientists concluded that the mummy was a full grown adult who was approximately 65 years old at the time of his death. One odd finding was that its teeth were overly pointed, having a full set of canines.
These examinations were allegedly performed by the American Museum of Natural History and certified genuine by the Anthropology Department of Harvard University. However, when the Pedro mummy was examined by the University of Wyoming scientists concluded the body belonged to a diseased child.

Unfortunately it's impossible to further examine this unusual mummy because like so many other controversial artifacts its current whereabouts are unknown. The Pedro mummy was on display for some year. Later it was purchased by a Casper businessman named Ivan T. Goodman. When Goodman died in 1950, the mummy passed into the hands of one Leonard Walder, a New York businessman who died in the 1980's. Since then no-one known where the mummy is.

In 2005, John Adolfi of Syracuse, New York, offered a $10,000 reward for the mummy, claiming it would disprove evolution.

Yet the mummy stayed hidden. Has it been lost or is it deliberately being kept hidden?