Conny Waters - AncientPages.com - An international team of specialists, led by the University of Bristol, is trying to solve a 5,000-year-old mystery surrounding the ancient trade and production of decorated ostrich eggs. 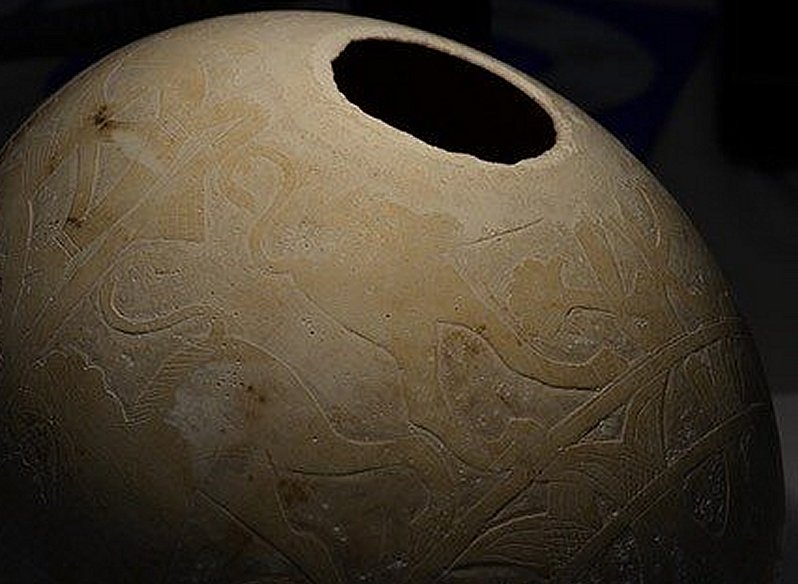 A decorated egg from the Isis Tomb, Vulci, Italy. Credit: © Tamar Hodos, University of Bristol (with the permission of the Trustees of the British Museum)

Examining ostrich eggs from the British Museum's collection, the team, led by Bristol's Dr. Tamar Hodos, were able to reveal secrets about their origin and how and where they were made. Using state-of-the-art scanning electron microscopy, Dr. Caroline Cartwright, Senior Scientist at the British Museum was able to investigate the eggs' chemical makeup to pinpoint their origins and study minute marks that reveal how they were made.

In the study, published today in the journal Antiquity, the researchers describe for the first time the surprisingly complex system behind ostrich egg production. This includes evidence about where the ostrich eggs were sourced if the ostriches were captive or wild, and how the manufacture methods can be related to techniques and materials used by artisans in specific areas.

Long before Fabergé, ornate ostrich eggs were highly prized by the elites of Mediterranean civilizations during the Bronze and Iron Ages, but to date little has been known about the complex supply chain behind these luxury goods. 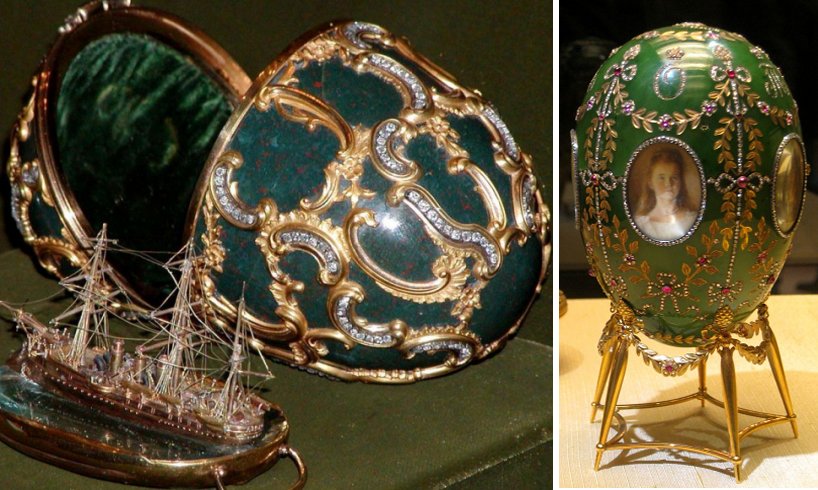 "The entire system of decorated ostrich egg production was much more complicated than we had imagined! We also found evidence to suggest the ancient world was much more interconnected than previously thought," said Dr. Hodos, Reader in Mediterranean Archaeology in Bristol's School of Arts.

"Mediterranean ostriches were indigenous to the eastern Mediterranean and North Africa. Using a variety of isotopic indicators, we were able to distinguish eggs laid in different climatic zones (cooler, wetter and hotter, drier). What was most surprising to us was that eggs from both zones were found at sites in the other zone, suggestive of more extensive trade routes."

Dr. Hodos and colleagues believe eggs were taken from wild birds' nests despite evidence of ostriches being kept in captivity during this period. This was no ordinary egg-hunt—ostriches can be extremely dangerous so there was a tremendous risk involved in taking eggs from wild birds. 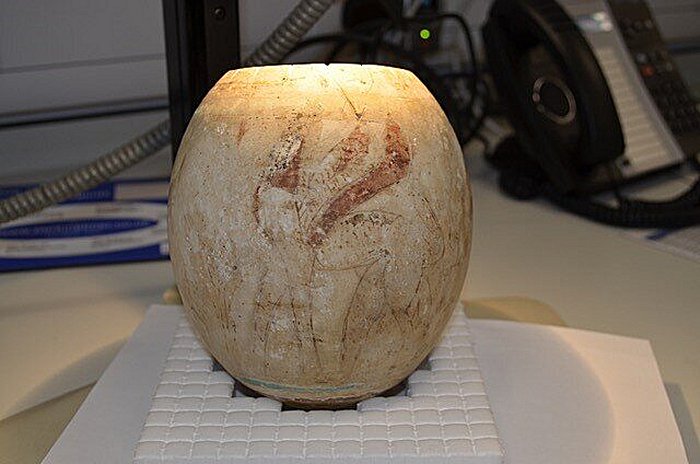 A decorated egg from the Isis Tomb, Vulci, Italy, under examination. Credit: (© Tamar Hodos, University of Bristol (with the permission of the Trustees of the British Museum)

"We also found eggs require time to dry before the shell can be carved and therefore require safe storage. This has economic implications, since storage necessitates a long-term investment and this, combined with the risk involved, would add to an egg's luxury value," said Dr. Hodos.

The study is part of an ongoing research project into ancient luxury goods, Globalising Luxuries.

"We are assessing not only how ancient luxuries were produced but also how they were used by different peoples. These questions are incredibly important for our own society today, in which the same object may have different social or symbolic meanings for different groups. Such knowledge and understanding helps foster tolerance and mutual respect in a multi-cultural society.

If we can understand these mechanisms in the past, for which we have long-term outcomes in terms of social development, we can use this knowledge to better inform our own society in a number of ways,"Dr. Hodos said.