Ellen Lloyd - AncientPages.com - The quest for the Biblical Mount Sinai is not over. It has previously been suggested that Mount Sinai, also known as Mount Horeb or Gabal Musa, is located in the Sinai Peninsula of Egypt, where we also find Saint Catherine's Monastery, the oldest working Christian monastery in the world.

Nevertheless, there are Biblical scholars and archaeologists who questions this particular location and maintain this place should by no means be associated with Biblical Mount Sinai.

There are no archaeological nor historical reasons to claim that the Biblical Mount Sinai is in Egypt, scientists say. 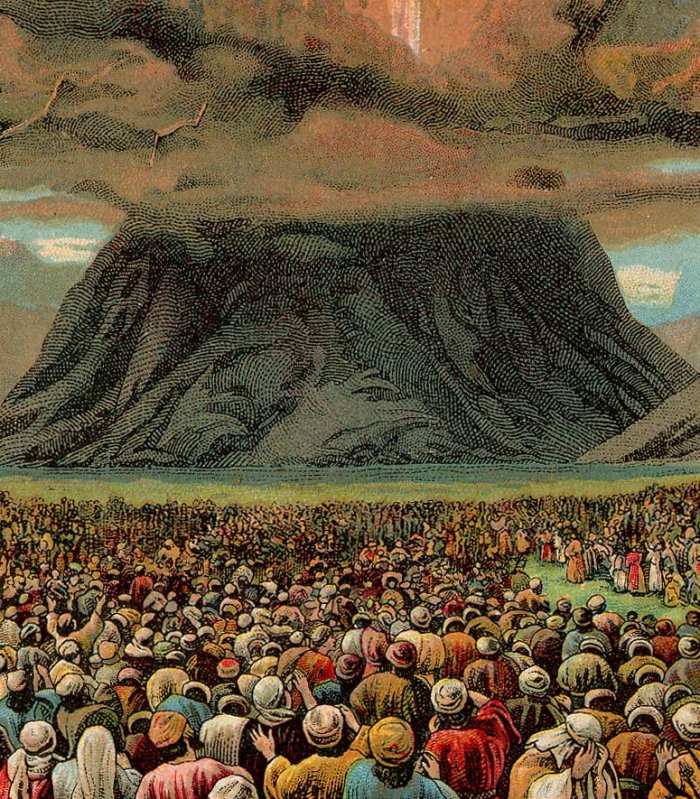 Mass-revelation at the Mount Horeb in an illustration from a Bible card published by the Providence Lithograph Company, 1907. Image credit: Wikipedia

According to Jewish, Christian, and Islamic tradition, the biblical Mount Sinai was the place where Moses received the Ten Commandments. It is one of four sacred mountains in Judeo-Christian traditions.

The other mountains are Mount Ararat in eastern Turkey, named as the place where the Ark of Noah came to rest when the waters of the flood receded, Mount Moriah or Mount Zion in Israel, where lies the city of Jerusalem and the Temple of Solomon, and Mount. Tabor in Israel that is regarded as the site of the transfiguration of Jesus.
See also:

Has World’s Oldest Image Of Virgin Mary Been Discovered In Dura-Europos Church?

Mystery of The Tower of Babel – The Mountain Of God Or A Symbol Of Chaos And Ignorance?

In  an article called “ Where Is Mount Sinai? The Case for Har Karkom and the Case for Saudi Arabia” in the March/April 2014 issue of Biblical Archaeology Review, Italian archaeologist Emmanuel Anati reveals that he has found evidence indicating Biblical Mount Sinai was on a site known as Har Karkom in the Negev of Israel.

Sin – The Moon God And His Connection To Biblical Mount Sinai

According to Anati, who has been investigating the site for more than 30 years there are 40,000 rock engravings and more than 120 rock cult sites at the base of Har Karkom.

It is Anati’s opinion that people who lived in Har Karkom during the Early Bronze Age worshipped the Moon God Sin. Many temples were raised in his honor.

In the Early Dynastic god lists, the Moon god appears immediately after the four leading gods An, Enlil, Inana and Enki.

One study suggests that name Sinai derives from the name of the moon God Sin. 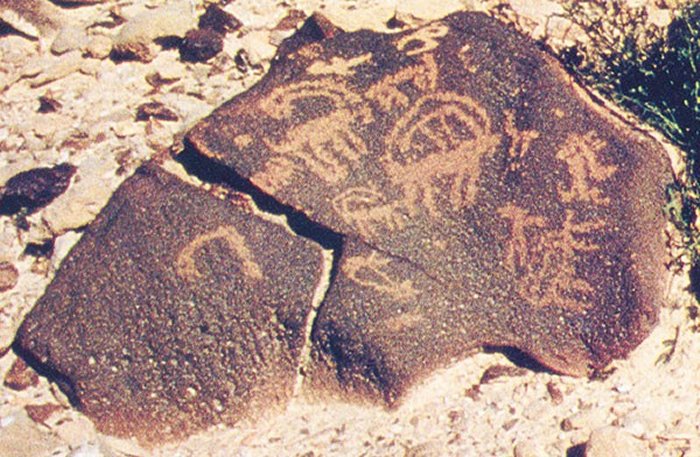 Italian archaeologist Emmanuel Anati has discovered many rock carvings that depict ibexes, with their crescent-shaped horns, and may have symbolized the Moon. Image credit: Emmanuel Anati

In Har Karkom there are many petroglyphs of cult scenes contain ibexes with their crescent-shaped horns, symbolizing the Moon. Similar discoveries have never been made in the Sinai Peninsula.

“How could it be that such an outstanding Bronze Age holy mountain would not be mentioned in the Pentateuch?” Anati asks. Surely, it must be referred to, but the name in the Bible is Mount Sinai.

Anati thinks that those who refuse to accept Har Karkom as the site where Biblical Mount Sinai was located are simply not sufficiently acquainted with the discoveries.