Conny Waters - AncientPages.com - Little Foot is the nickname our ancestor, who lived more than 3 million years ago. Some years ago scientists said Little Foot is an entirely new species of humans and now researchers present more information about our ancient relative.

The examination of Little Foot’s skull showed some interesting differences between our species. High-resolution micro-CT scanning of the skull of this Australopithecus species has helped researchers to learn more about our chimpanzee-like ancestors. 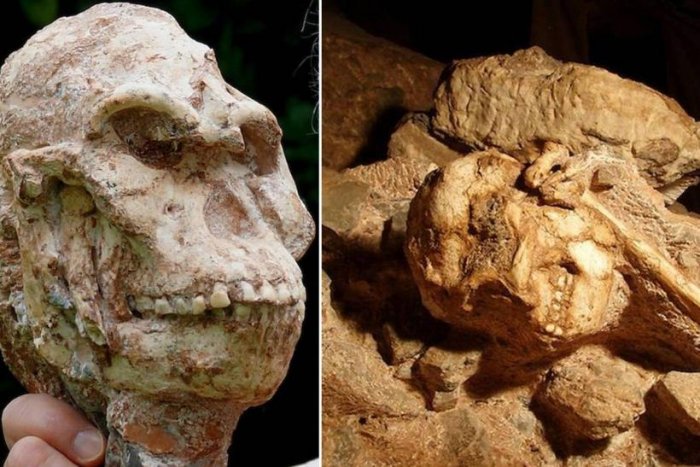 The Little Foot is among the oldest hominid skeletons ever dated at 3.67 million years old. Credit: Purdue University

A study conducted by scientists at the University of the Witwatersrand offers new insight into how Little Foot could move her head. By comparing the atlas of "Little Foot" with other fossils from South and East Africa as well as living humans and chimpanzees, the Wits University team shows that Australopithecus was capable of head movements that differ from modern humans.

We know that Little Foot likely stood over just four feet tall. To remain safe from giant predators like sabre-toothed cats, Little Foot used to sleep in trees. There is also evidence she was a vegetarian who enjoyed plants. Having powerful hands a special big toes, Little Foot was also a great climber.

"The morphology of the first cervical vertebra, or atlas, reflects multiple aspects of an organism's life," says Dr. Amélie Beaudet, the lead author of the study.

"In particular, the nearly complete atlas of 'Little Foot' has the potential to provide new insights into the evolution of head mobility and the arterial supply to the brain in the human lineage."

The shape of the atlas determines the range of head motions while the size of the arteries passing through the vertebrae to the skull is useful for estimating blood flow supplying the brain.

"Our study shows that Australopithecus was capable of head movements that differ from us. This could be explained by the greater ability of Australopithecus to climb and move in the trees. However, a southern African Australopithecus specimen younger than 'Little Foot' (probably younger by about 1 million years) may have partially lost this capacity and spent more time on the ground, like us today." 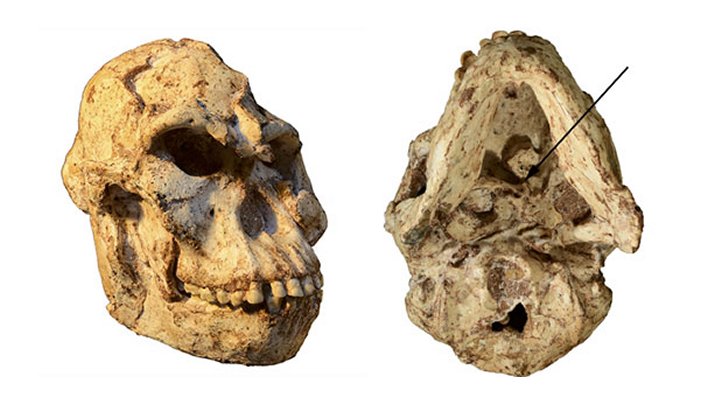 Skull of Little Foot. Credit: University of the Witwatersrand

Because "Little Foot" is so well-preserved, blood flow supply to the brain could also be estimated for the first time, using evidence from the skull and vertebrae. These estimations demonstrate that blood flow, and thus the utilization of glucose by the brain was about three times lower than in living humans, and closer to those of living chimpanzees.

"The low investment of energy into the brain of Australopithecus could be tentatively explained by a relatively small brain of the specimen (around 408cm3), a low quality diet (low proportion of animal products) or high costs of other aspects of the biology of Australopithecus (such as upright walking). In any case, this might suggest that the human brain's vascular system emerged much later in our history."